Grace vs. niceness in interracial dialogue

I wanted to ponder the difference between grace and niceness in difficult online conversations, particularly the discussions of race that have sprung up in response to the crisis in Ferguson, MO. Please do not read this as an analysis of any particular conversation that has occurred. It is meant to be a completely generic, hypothetical consideration. The problem is that many of us conflate grace with niceness, and while they have some overlap, they are very different phenomena.

First, how can we define the distinction between niceness and grace? I would say that niceness refers to the complex dance of smiling, posturing, innuendo, laughter, self-deprecation, etc. that keeps a conversation pleasant and easygoing. Niceness doesn’t always mean that you’re being loving. One of the exquisite arts of the Southern white culture I was raised in is the use of niceness as a mask for vicious cruelty. What’s not allowed in the culture of niceness is to be blatantly “ugly” or “vulgar.” Being nice isn’t a bad thing per se. It’s good to be nice to people, particularly strangers, as a default for conversation. But the grace with which we’re called to treat other people as Christians is something different than niceness.

Grace is a space in which truth and love are fully welcome and present. It is like niceness in its posture of welcome; it is unlike niceness in its unwillingness to airbrush over the unpleasant. As a Wesleyan, I define grace first and foremost as God’s quest to win our trust through Christ’s justification on the cross and then make us holy and beautiful through the Holy Spirit’s sanctifying transformation. Given this particular divine source of grace, we could say that grace happens among people who assume that they often do wrong, know that they’re forgiven, and want to learn how to be better. Niceness prioritizes pleasantry and the avoidance of conflict; grace prioritizes complete acceptance and thus complete openness to unpleasant truths.

So how do grace and niceness happen in our online conversations? We need to recognize that we inhabit a very strange and unprecedented conversational space online. As someone who mostly uses social media for my writing career to build relationships with fellow writers and readers, I spend a lot of time interacting with people I barely know at all. My in-person conversations outside of my immediate family are generally governed by niceness. I make pleasantries and avoid conflict with the people I have to interact with face-to-face. But when I get online, it’s much easier to let everything out. I’m an “introvert” in person and an “extrovert” online, which is to say that I’m very guarded about what I say to people in real life and not quite so guarded about what I type on my computer screen and blast out to people online.

Online conversation can be very disorienting when we expect it to simply be a written version of what our in-person conversations look like, because it completely isn’t. Online, all of the natural social inhibitions that regulate our in-person conversations are gone. That can be a source of liberation. It can also cause conflict to escalate and spiral out of control very quickly. It’s very easy to misread other peoples’ tone online. Southern white people like me are accustomed to the culture of niceness in which every communication is mediated through self-deprecation, innuendo, and other pleasantries in order to smooth over any delicate, contentious point that needs to be made. When people simply make their contentious points without all the fluffy niceness, we perceive them to be rude. And this is precisely what happens online where it’s a lot easier to forgo dressing up our words with a bunch of packaging and just cut to the chase.

When you add racial difference to the powder-keg of online communication, it becomes even more uncomfortable. I’ve been told that a very liberating aspect of social media for people of color is that it provides a forum to call out hurtful things that white people do and say that seldom get called out in the socially segregated worlds where we have our in-person interactions. Nor did these things get called out in the pre-social media past when the world’s information was filtered through news anchors like Walter Kronkite and Tom Brokaw.

There are habits that white people have inherited from our culture that sideline and silence people of color, even though it’s often quite unintentional on our parts. The culture of niceness that pervades so much of white culture makes us think that it’s “rude” to talk about injustice in polite company because it’s unpleasant and controversial. Another invisible factor in our conversations is that Western European people have been socialized over the past several centuries of our global dominance to view ourselves as the protagonists of the world’s story. Because of this socialization, white people unconsciously find ways to make it our story even when we’re talking about other people. There are various different manipulative tactics we engage in to dominate conversations, usually without realizing that we’re doing it.

So what happens when a person of color calls out something I’m doing as a white person that steps on his/her toes? It’s very very hard not to get defensive, because I immediately think that if a person of color criticizes me, it must mean I’m a racist and that’s the most horrible thing that a white person can possibly be and I try so hard every day not to be that way, so how dare some stranger accuse me of being racist when s/he doesn’t know a thing about me? And what’s even worse is if this happens publicly in social media where a bunch of other people see it. How utterly humiliating! It’s like the online version of the medieval punishment of getting put into the stocks for everyone to see and shake their heads and completely write you off forever.

Except that it doesn’t have to be that way. I can respond with grace. In this case, grace means recognizing that even if I wasn’t trying to be hurtful, my actions or words were hurtful to somebody else who probably has a history of being belittled and silenced by other white people like me. It may very well be that the sins of other white people have been projected onto me, but that only means that I have been given the opportunity to repent for the collective sin of my people.

And as much as I may want it all to be a simple misunderstanding, it’s probably also the case that there are things about my behavior and speech that can be made less harmful to other people. That’s why I would say it’s the gracious move to simply thank the person for his/her feedback and apologize that s/he was hurt without qualification or reservation. I don’t need to defend or explain my intentions since what they received was hurtful, and that’s what matters in this case. I don’t think I lose any credibility points for apologizing that someone else was hurt even if I can’t understand what I did wrong.

What’s a bit harder to know is how to behave as white people who are sensitized to racial power dynamics when we see other white people getting called out. Grace is critical in this circumstance as well. I think there are two general responses that are problematic (and again, please understand, I’m not saying this in response to the particularities of any conversation I’ve witnessed, but recognizing two opposite general responses).

One response is to show how zealous an anti-racist I am by how ruthlessly I can tear apart another white person. White people must be acutely self-suspicious about the authenticity of our anti-racism. We will always be tempted to make ourselves the protagonists of the story, especially when we get to pretend that we’ve transcended our personal whiteness by going off on other white people. It’s certainly legitimate to show our solidarity for the person of color calling something out; it’s part of our responsibility once we understand our problematic legacy; but we must express ourselves with the utmost humility when we do so.

I think what grace looks like when we see another white person getting called out is to have a private truth-in-love conversation with that person if we have enough of a relationship to do so. Activist Ngọc Loan Trần refers to this as “calling in” rather than “calling out.” Such a conversation would not begin with unsolicited feedback about whether I think what they did was right or wrong, but by asking questions, like how they perceive the criticism they received and why they think their words or actions were received in this way. It would involve reaffirming the dignity of the person who has been criticized while exploring honestly the validity of the criticism and refusing to invalidate the dignity of the critic regardless of the conclusion. It would involve seeking the truth together without presuming to know the truth in advance.

I’m not sure exactly how to have this type of conversation, and I’m not sure if I have ever had one. Usually when my friends have conflict, I stick up for them and dis their critics, even though I might be simultaneously dissing them in a different conversation with the person who criticized them. Being a good Southern white boy, I’ll be nice to whoever I happen to be talking to even if it means being spineless and two-faced like that. Grace is a lot harder than niceness. One day I hope to learn grace.

August 25, 2014
Teach us to want: the quest to transcend evangelical moralism
Next Post 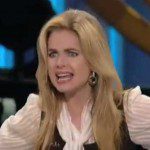 September 2, 2014 How I would say what Victoria Osteen said differently
Recent Comments
23 Comments | Leave a Comment
Browse Our Archives
Follow Us!