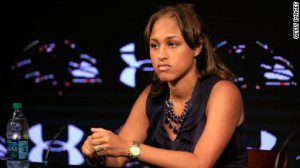 In my first job out of college, I was the program coordinator of the Nicaragua Network, a solidarity organization founded in the 1980’s to support Nicaraguans when our country was trying to overthrow their government. I learned that being in solidarity with people means that they dictate the terms of your support for them. When you engage in activism on behalf of other people without submitting to their leadership, you are not in solidarity with them. So what does it mean to be in solidarity with Janay Rice, a woman who is speaking out against the demonization of a man who physically abused her in public?

I realize I’m treading on very thin ice here, first being a man and second not having any personal experience with physical abuse. I’m very ignorant about the psychology of abusive relationships. So I hope it’s not completely out of bounds for me to ask this question in the first place. It just breaks my heart to read the statement that Janay Rice put out about the fallout from the video of her knockout punch:

I woke up this morning feeling like I had a horrible nightmare, feeling like I’m mourning the death of my closest friend. But to have to accept the fact that it’s reality is a nightmare itself. No one knows the pain that the media & unwanted [opinions] from the public has caused my family. To make us relive a moment in our lives that we regret everyday is a horrible thing. To take something away from the man I love that he has worked his ass off for all his life just to gain ratings is horrific. THIS IS OUR LIFE! What don’t you all get. If your intentions were to hurt us, embarrass us, make us feel alone, take all happiness away, you’ve succeeded on so many levels. Just know we will continue to grow & show the world what real love is! Ravensnation we love you!

I don’t know what to do with these words. I do feel pretty confident that TMZ didn’t release this video as a means of being good concerned citizens who stand up for abused women everywhere. And I also feel pretty confident that the punishment of Ray Rice from the NFL and the Baltimore Ravens was mostly (if not completely) a PR damage control move. I understand that the psychology of abusive relationships is very complicated and that abused women can exhibit a kind of Stockholm Syndrome where they have been basically hypnotized into defending their abusers. But who am I to say what Janay Rice is allowed to say about the man who knocked her out? 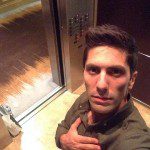 So what in the world does solidarity with Janay Rice look like in this case? One thing it doesn’t look like is an opportunity for men like Nev Schulman to take proud selfies of themselves in “abuse-free elevators.” There’s been a lot of chivalry from men eager to show how ready they are to “protect” women from the “bad guys,” not getting that they are drawing upon the same patriarchal logic that makes men feel entitled to beat their wives in the first place.

In our toxic social media world, everyone wants to get a piece of every trending topic for their own self-promotion. And sure, you can throw that criticism at me as well. Here I am trying to get my own angle in. I’m just very queasy about the kind of “justice” obtained through the online “community.” It seems like the only engine that forces powerful people to take action in our society today is social media outrage. And the actions that are taken are not solutions to problems, but PR moves designed to snuff out the negative media attention as quickly as possible. The only form that “justice” takes in response to social media outrage is for somebody’s head to roll, whether it’s a firing, public disgracing, being forced to sell a sports team, etc. It’s purely punitive and retributive. There’s no interest in restitution or healing for the victims.

So what would it look like for Janay Rice to be given the power to determine the appropriate course of action? She has been completely disempowered by a nation of people supposedly standing up for her. If Janay wants to stay married to Ray Rice and seek some kind of counseling together, is that her prerogative? Should she be granted the power to make a case for her husband to be allowed back onto the football field after completing some kind of process that addresses his personal abusive behavior and contributes to alleviating the greater national problem of domestic violence in some kind of way?

As a Christian, I generally want to believe that redemption and reconciliation are possible for all sinners. I also know that many abusers apologize and make amends over and over again and never stop doing what they do. I also know some woman personally who have gone back over and over to abusive spouses who keep on destroying their lives. I just want Janay Rice’s voice to matter. 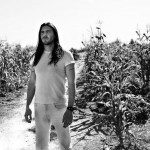 September 6, 2014
How Andrew W.K. messed with my prayer life
Next Post 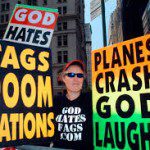 September 10, 2014 Could ISIS become the Westboro Baptist of jihadism?
Recent Comments
15 Comments | Leave a Comment
Browse Our Archives
get the latest updates from
Mercy Not Sacrifice
and the Patheos
Progressive Christian
Channel
POPULAR AT PATHEOS Progressive Christian
1