Should we accept ourselves or despise ourselves? [reflections on Henri Nouwen and Thomas a Kempis]

Should we accept ourselves or despise ourselves? [reflections on Henri Nouwen and Thomas a Kempis] November 5, 2014 Morgan Guyton

I’ve been reading two books simultaneously from two guys who have been deeply influential on my contemplative spirituality: Thomas a Kempis’s Imitation of Christ and Henri Nouwen’s Discernment. When I discovered Nouwen at a very dark time in my life, I felt like I’d found the gospel that I never heard before: that God loves and accepts me unconditionally, and my inability to trust and embrace this wonderful truth is the reason beneath all of my sin. I had grown up thinking that if I hated and criticized myself enough, that would show God that I was sorry enough for my sins. I presumed that I was supposed to live in contrast to the “self-affirmation” I understood to be promoted in politically correct Oprah culture which didn’t recognize what wicked, horrible creatures we are. In any case, Nouwen seems to say that we’re supposed to accept ourselves while a Kempis says that we’re supposed to despise ourselves. And I think they’re talking about two different things when they say “self.”

So here’s what Nouwen has to say:

Self-rejection is the greatest enemy of the spiritual life because it contradicts the sacred voice that calls us God’s beloved… How do I discern the voice that says “Be humble” from the one that says “You’re nothing”? Humility has nothing to do with self-rejection. You can only be humble if you have a deep self-respect. Self-rejection cannot form the basis of a humble life. It leads only to complaints, jealously, anger, and even violence. [Nouwen, Discernment, 26]

And here’s what a Kempis has to say:

This is the most important and most salutary lesson: to know and to despise ourselves. It is great wisdom and perfection to consider ourselves as nothing and always to judge well and highly of others. If you should see someone commit a sin or some grievous wrong, do not think of yourself as someone better, for you know not how long you will remain in your good state. We are all frail, but think of yourself as one who is more frail than others. [a Kempis, Imitation of Christ, Book 1, Chapter 2]

I’m very good at despising myself, but I’m not sure I’m doing what a Kempis has in mind. Every day, I have hundreds of thoughts about how ugly, stupid, unfunny, and incompetent I am. It does tend to make me humble and have sympathy for other peoples’ shortcomings. But it also makes me defensive, envious, and spiteful towards other people who make me feel inadequate when they’re funnier or more socially adept or more successful in the blogging world than I am.

It seems like what would make me less bitter and internally tormented is if I really did treat myself with the grace that God has shown to me. I’m not sure that we can really say that we’ve accepted God’s love for us if we continue to reject ourselves. Saying Jesus died for my sins even though I’m a worthless piece of crap is the kind of thing you say to give the right Sunday school answer. But I’m not sure you can really claim to believe that you’ve been redeemed and justified if you haven’t loved and accepted yourself as a result.

I think there’s a big difference between the safety and warmth of self-acceptance and the arrogance and defensiveness of self-justification. If I’m constantly needing to be right in every argument and the winner of every competition, it’s a symptom of a fundamental self-hate and insecurity at my core. To despise myself in the way that Thomas a Kempis speaks is not to hate myself, but to despise my self-obsession. What I need to hate is my inability to experience the beauty I’m surrounded by in nature and other people because my only concern is how I can use things and people to feel better about myself.

The self-acceptance that Nouwen speaks of is really self-forgetfulness. When my need for self-affirmation is actually taken care of by my experience of God’s love for me, then I’m liberated from seeking self-affirmation in the people and things around me. I don’t have to freak out and get defensive if I discover that something I’m doing is annoying or damaging to someone else. I can simply change my behavior because the unconditional acceptance by God upon which my identity rests has not been threatened. When I live under grace, I can name and repent of my sin without hating myself for it.

One of the best quotes about humility I’ve heard recently came from Tim Keller who was paraphrasing C.S. Lewis for twitter. He said, “If you met a truly humble person, you wouldn’t think him/her humble, but happy and incredibly interested in you.” Humility is not exhibitionist self-deprecation. The only different between self-obsessed people who put themselves down and self-obsessed people who build themselves up is the strategy they use for making themselves the center of attention. Truly humble people express their humility by not needing to say anything about it. Truly humble people are other-focused instead of self-focused. They self-deprecate only as a means of showing solidarity with others if the situation calls for it. They don’t need to be known either for their accomplishments or their failures; they simply want to avoid harming others with their self-preoccupation.

There are many Christians today like me who make ourselves miserable and unpleasant to others with our self-hatred, thinking that it’s somehow pleasing to God. God doesn’t want us to hate ourselves. He wants us to love ourselves enough that we stop thinking about ourselves all the time. He doesn’t get any pleasure from seeing us beat ourselves up. He wants us to feel safe and confident enough in his love that we can face our sins and repent of them without any melodramatic self-flagellation. This is what I believe; I just don’t yet know how to live it out in my own soul. 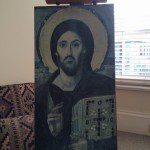 November 4, 2014
When I need a weak Jesus to be my friend (an encounter with an icon)
Next Post 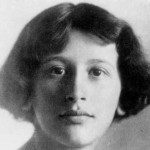 November 6, 2014 Love is not our choice, but God's gift (featuring Simone Weil)
Recent Comments
10 Comments | Leave a Comment
Browse Our Archives
get the latest from
Mercy Not Sacrifice
Sign up for our newsletter
POPULAR AT PATHEOS Progressive Christian
1