Seven posts from 2014 that I wish more people read

A lot of bloggers at the end of the year put out a list of their top-performing posts for people to read again. I wanted to do something a little different. It’s no secret that in the blogosphere, the posts that do well are the controversial ones that strike a nerve in some kind of way regardless of whether they’re well-written or good teaching. So I wanted to go a different route and pick out seven of my pieces in which I really wanted to teach something, regardless of whether they did well or not, and give them a second chance to do some teaching.

1) January 6, 2014: The difference between spiritual purity and moral cleanliness

“Moral cleanliness understands holiness as faithfully following God’s rules and boundaries because it pleases God for us to follow His rules. Spiritual purity understands holiness as purging the competing passions and loyalties from our heart so that we can be purely devoted to God. I believe that Christian holiness is about spiritual purity, but many of my fellow evangelical Christians believe it’s about moral cleanliness.”

“One of the main reasons that many Christians fall short who are earnestly seeking to live Biblical lives is their refusal to see legitimate analogies between issues of controversy in the time of the Bible’s stories and our lives today. Most Christians completely miss the significance of three important social teachings in the New Testament because they deal with issues that were a huge deal in their day but are completely uncontroversial now: Sabbath healing, circumcision, and unclean food… We don’t allow these three major New Testament controversies to teach us anything, because we’re unwilling to recognize the deeper principles they teach and apply these to the actual controversies of the faith in our day about which many Christians are every bit as tight-fisted and hard-hearted as the 1st century religious leaders who crucified Jesus and persecuted Paul.”

“The most radical example of Biblical obedience I can think of (other than Jesus’ journey to the cross) is when God tests Abraham by telling him to sacrifice his son Isaac on Mt. Moriah. This story raises difficult questions. Is obedience always a good thing? How do we know whether we’re obeying God or conforming to the world, particularly if our world happens to be saturated in church culture? How does Abraham’s radical example translate into our day? Does it look more like Huck Finn’s quest to free his friend Jim from slavery in rebellion against his cultural values or Adolf Eichmann’s willingness to follow orders and carry out the genocide of the Jewish people?”

“When people today say they’re racially ‘color-blind,’ they’re usually making a very specific ideological statement, that they can rise above their cultural preferences… and judge all people “equally” regardless of skin-color and solely based on their ‘merits.’ Here’s the very large unrecognized assumption that’s being made here: that human worth can be boiled down to a single number so that one person can be said to have ‘more’ merit than the next person. I imagine that most cultures throughout history would scratch their heads at the idea that people’s identity can be reduced to a number… Objective meritocracy is the foundation of most of the systemic evils that Western European civilization has committed over the past 500 years.”

“Even though Christians say propositionally that God is Father, Son, and Holy Spirit, in practice many of us only relate to God as Father, that is, the all-powerful, completely in charge sovereign of the universe who implicitly endorses our power and privilege because of his uncomplicated omnipotence. I would contend that our conception of God’s sovereignty needs to include the subversive ways in which God’s reign dismantles our power and privilege through Jesus Christ as the crucified victim of our sins and through the unpredictable rebel wind that “blows where it chooses” which we call the Holy Spirit.”

6) October 21, 2014: Where I’m actually coming from as a progressive evangelical

“I’ve said before it’s like having a garden with many amazingly nourishing plants that’s been overtaken by poisonous weeds whose roots are incredibly difficult to find. I received so many good and valuable teachings from evangelicalism, but tangled up with them are poisonous ideas whose source is difficult to pin down… To be a progressive evangelical is to be someone in the process of furiously weeding your theological garden constantly second-guessing yourself but with a sense of urgency that seems to outweigh the risks.”

7) November 7, 2014: Can God improvise outside the boundaries of Christian orthodoxy?

“I don’t think God folds his arms and shuts off people who have unorthodox beliefs, but he tries to put the people and circumstances in their lives that will help them overcome the stumbling blocks in the unique spiritual journey that they’re on… I believe that God is constantly improvising and revealing insights that help us get closer to him from where we are, even if we’ve hit our theological golf ball way off the fairway into a sand-trap somewhere. And I’ve also seen people with unorthodox beliefs being used powerfully by God.” 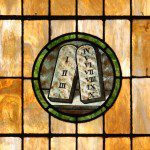 December 29, 2014
A hopefully friendly Christian response to the atheist ten non-commandments
Next Post 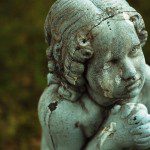 January 5, 2015 Make us comfortable with being uncomfortable
Recent Comments
0 | Leave a Comment
Browse Our Archives
get the latest from
Mercy Not Sacrifice
Sign up for our newsletter
POPULAR AT PATHEOS Progressive Christian
1