When the apostle Paul writes in Romans 7 about the way he keeps on doing evil despite his desire to do good, he concludes, “Now if I do what I do not want, it is no longer I that do it, but sin that dwells within me” (Romans 7:20). In other words, human nature is not innately sinful; sin is rather a foreign object within us that colonizes and dehumanizes us like a spiritual form of cancer.

The tragic plight of being human is that we are born into a world that is actively and constantly dehumanizing us. No one escapes this problem. It’s impossible to start out with a clean slate; we always inherit the spiritual baggage and social dysfunction that our parents received from their parents. Every culture in the world has its own particular form of dehumanization that is handed down from generation to generation. Christianity refers to this innate tendency for us to be born into dehumanization as original sin.

The story of Adam and Eve in the Garden of Eden in Genesis 3 represents the origin of our problem. Many Christians take Adam and Eve to be literal historical figures, but I don’t. Since Adam is just the name for “humanity” in Hebrew, I understand Adam and Eve’s story to be an allegory that represents a negative transformative process that all of humanity has gone through, a curse that we need divine intervention to overcome.

In the story, God tells Adam and Eve not to eat the fruit of the tree of knowledge of good and evil for they will die on the day they eat it (Genesis 2:17). Then along comes a talking serpent who says that God is lying about the fruit (Genesis 3:4). He tells Eve it won’t kill her and that the real reason God doesn’t want her to eat it is because it will make her wise like God. Adam and Eve eat the fruit and sure enough, they don’t die, so it seems like the serpent was telling the truth and God was lying.

Except that something does die when Adam and Eve eat the fruit — their innocence. Before they eat the fruit, Genesis 2:25 says, “And the man and his wife were both naked, and were not ashamed.” Right after they eat the fruit, Genesis 3:7 says, “Then the eyes of both were opened, and they knew that they were naked.” Then when God comes walking in the garden, Adam and Eve hide, and Adam explains to God, “I heard the sound of you in the garden, and I was afraid, because I was naked.”

Nakedness is the key to understanding the story. Human beings are the only animals in the world for whom there is such a thing as nakedness. Every other animal simply has skin and sometimes fur which there is no need to cover up with external clothing. It doesn’t make sense to say they’re naked. We only talk about humans being naked because there’s an expectation for us to wear clothes. Small children could care less about being naked. It’s only when they reach the age of being preoccupied with how other people see them that nakedness becomes real to them. Nakedness is a manifestation of self-consciousness. The Adam and Eve story represents the primordial moment when human beings discovered their nakedness and stopped being innocent apes running through the jungle.

When animals commit acts of violence against each other, they don’t sin by doing so. They are participating in a harmonious natural ecosystem. It is only when humanity acquires a sense of self-consciousness that we become capable of sin. Then, the violence that we inflict upon others is no longer acting out of instinct in accordance with a harmonious food chain. Instead of taking care of bodily needs as they arise, human beings start to plot and manipulate our environment for the sake of our self-preservation. Our self-preoccupation means that rivalry between humans is more than just establishing a natural pecking order in a herd; we start to plot revenge against other humans when they seem like a threat to our nakedness. We murder our brothers like Cain does to Abel in Genesis 4.

When humanity shifts from a hunter-gatherer existence to an agricultural existence, the harmony of the ecosystem is forever thrown off. The world is no longer a garden; it becomes a plantation. This is captured symbolically in the Garden of Eden story in the curse God names as a consequence of Adam’s action: “Cursed is the ground because of you;in toil you shall eat of it all the days of your life;thorns and thistles it shall bring forth for you;and you shall eat the plants of the field. By the sweat of your face you shall eat bread until you return to the ground” (Genesis 3:17-19).

Self-consciousness does two things that cause me to sin. 1) Instead of living in the organic trust and innocence of a small child or pre-self-conscious ape, I am preoccupied with fear and anxiety about my self-preservation which causes me to lash out against others whom I perceive to be a threat. 2) Because I can remember the mistakes I’ve made and associate them with a self-identity, I start to experience guilt which I try to repress since part of my self-preservation involves preserving the myth that I have always been right and behaved correctly. As I start to justify my mistakes to myself, I actually compromise my ability to perceive reality correctly. Self-justification causes me to repress memories that create cognitive dissonance for me. I become a person with dark secrets. These secrets only make me more edgy and defensive in my interactions with others. The more I am preoccupied with my self-preservation, the less I am able to see the humanity in others; they become objects to exploit in a universe that revolves around me. Thus, I am dehumanized.

While all this is happening on an individual level, a simultaneous dehumanization is happening on the level of human society. Hunter-gatherers wandering through the Earth’s garden might see other human beings as potential collaborators in hunting large prey like woolly mammoths. But when self-consciousness kicks in and land becomes property for people to colonize, exploit, and guard selfishly, then wars need to be fought between rival tribes over land and natural resources. The categories of “us” and “them” are created for the first time. The tragic evil that has overtaken humanity can be attributed to a combination of self-preoccupation on an individual level and the “us vs. them” categories that are created on a collective level.

Is it our fault that we are born into a world filled with self-preoccupation and “us vs. them” rivalries? No, but it sets us up to do evil to others. God has never stopped creating human beings in God’s beautiful image. We all have the potential to be good and live fully into our divine nature, but because of the world that we are born into, we inherently have a need to be saved from the self-preoccupation that smothers our divinity.

One of the basic insights that we need to discover in order to regain our humanity and become good people is that good never has its origin within us. Good always comes from God. As long as we are trying to leverage the good that we accomplish as a means of self-promotion, we remain entrapped by a self-preoccupied consciousness. It’s only when we are able to see our achievements and good deeds as gifts that God has given to us that we can transcend self-preoccupation. Another way of saying this is that we should be grateful instead of arrogant any time we are able to do good. To be perfectly human is to be a vessel through which God’s goodness moves. It is when we delude ourselves into thinking we’re gods at the center of the universe that we are dehumanized.

Is humanity good or evil? Both and neither. We are created good; God does good through us; but we are trapped inside a shell of self-preoccupation that causes us to do evil things. Now it’s true that there are many selfish people who seem not to cause much harm to others directly. But our collective selfishness is what creates the market conditions by which workers are squeezed by their sweatshops and indigenous people are pushed off their land by multinational energy companies. Most of the harm that we cause in the world is not willfully malicious, but rather a byproduct of our ignorance and aloofness. That doesn’t make it any less evil to those who suffer.

Regardless, it seems the most truthful and helpful to me to call our “real selves” the good creatures that God has always intended for us to be while our angsty self-preoccupation is in fact a “false self” that needs to be discarded in order to gain the divinity of a creature made in God’s image. Humanity is divine; we have been dehumanized; Jesus can do something about that, which we’ll talk about more in a later post. 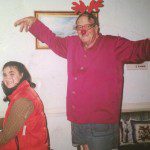 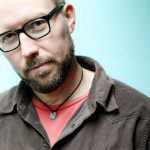 January 28, 2015 Tony Jones and the twitter court of justice
Recent Comments
16 Comments | Leave a Comment
Browse Our Archives
get the latest from
Mercy Not Sacrifice
Sign up for our newsletter
POPULAR AT PATHEOS Progressive Christian
1