Everyone is afraid: thoughts on the panic over identity politics

Everyone is afraid: thoughts on the panic over identity politics June 4, 2015 Morgan Guyton

My Facebook feed has blown up with a Vox article by a “liberal professor” who says that “[his] liberal students terrify [him].” It’s part of the latest popular narrative about millennials. Not only are they lazy, entitled, and iPhone-addicted. They’re also extremely fragile to the point of swooning over seeing the n-word in Huckleberry Finn. They relish their victimhood and trust only their feelings and authentic personal testimonies. It’s quite rich that an article critiquing the exploitation of victimhood and personal testimony in identity politics leverages the author’s sense of victimhood and personal testimony to establish itself on the moral high ground. I’m not so much interested in trashing the article point by point as I am in contemplating the same dynamics it addresses differently.

The Vox article’s basic claim is that college professors are panicked about offending their students and that there is no genuine critical dialogue anymore in the college classroom because of the fear of career-ending student evaluations. I do think there is an entitlement problem among college students today, but it has much more to do with being socialized as consumers than identity politics. The college “experience” is now a consumer product in which students are supposed to be given a lump of “knowledge” that will convert into a certain level of earnings when they graduate. This “knowledge” is supposed to be fed to them without controversy, no differently than the frozen yogurt dispenser at Pinkberry.

The article says: “We’ve seen bad things happen to too many good teachers — adjuncts getting axed because their evaluations dipped below a 3.0, grad students being removed from classes after a single student complaint, and so on.” Exactly. When students have the power to fire their professors because the customer is always right, that’s what destroys critical thinking and honest grading in the classroom. The marketization and quantification of “accountability” is what ensures mediocrity, because it makes covering your ass a professor’s first priority. A better system for evaluation is needed. Whatever valid points can be made about a “simplistic, unworkable, and ultimately stifling conception of social justice,” it’s ideological opportunism to name it as the “real problem” in higher education.

2) Social media has created a messy new world for conversation, accountability, and tribalism

There is no question that social media has changed everything about how we debate ideas and hold public figures accountable, whether they’re college professors or other authority figures. We should not expect for “conversations” on facebook and twitter to be at all like conversations that we have in real life. Those of us who grew up in cultures that use innuendo and self-deprecation to soften “polite” communication are often floored at the bluntness that happens online.

It’s very hard to be charitable engaging others online. Since we have such short attention spans, we look for the cues and dog-whistles that tell us whether the writer is on our side or the other side. It doesn’t matter how many pages they write before they say “but” because if there’s a “but” then what’s after it is all that they’re “really” saying. We scan through other peoples’ words and completely blow past all of their attempts to be humble, fair, and introspective. All that matters is that one phrase that causes us to say, “Oh hell no!”

It’s also the case that social media has been harnessed for very positive social power. Look at the #BlackLivesMatter movement. They’re not just tweeting. They’re in the streets. My family marched in the streets against police brutality with them. So this passage from the article is completely disconnected with the reality that I’ve witnessed first-hand:

The press for actionability, or even for comprehensive analyses that go beyond personal testimony, is hereby considered redundant, since all we need to do to fix the world’s problems is adjust the feelings attached to them and open up the floor for various identity groups to have their say.

I do think that we need to recognize the limitations of social media space, especially twitter with its 140 character limit. Authentic, constructive debate cannot happen on twitter. Just like you can’t have an in-depth conversation with a political opponent if you’re marching on their corporate headquarters with a bullhorn. Banging things out on twitter is analogous to chanting in the street with bullhorns. It absolutely has a purpose. But intimate personal dialogue is not that purpose. Facebook allows for a bit more thoughtful exchange, but again we have to remember that we’re all speed-reading each others’ comments. Facebook is useful to developing ideas further with people who are sympathetic to our views, but not particularly useful to building understanding between warriors of clashing tribes.

The purposes I have to balance in my social media commentary on political issues are solidarity with my primary pastoral constituency, which are the students I’ve built relationships with at Tulane and Loyola, and bridge-building with people from a variety of political tribes in the larger Christian community with whom I want to develop greater peace and understanding. Learning to use social media with intentionality rather than as an emotional dumping ground is a discipline that I continue to grow into.

There’s a tendency in articles like the Vox one to presume that all of politics is a conversation between privileged “liberal” and “conservative” people. Each side is simply “offended” by an abstract idea that is completely compartmentalized from their lived reality. If all discourse were merely a conversation between liberal and conservative white cis-het people, then the Vox article might have more validity. But the conversation also involves people for whom “safety” is not a code-word for emotional comfort, but a very real physical concern.

It’s no longer possible to pretend that young black men are not at risk of physical violence every time they interact with police officers. It’s also the case that many LGBT people have been bullied viciously, often including physical violence. Classroom “triggers” for people who have experienced legitimate threats and acts of physical violence in their lives are not reducible to the imagined “discomfort” of hypersensitive, easily-offended, overly coddled middle-class white liberals. Now it is also true that privileged allies can outshout the people we’re supposedly in solidarity with to build up our “social justice points.” So those of us who are allies need to always be critically examining the motives behind our gestures of outrage.

Not everyone should be expected to build bridges, especially not with strangers on social media. People can say really ignorant things that are very hurtful. It’s unreasonable to expect the direct targets of hurtful criticism to respond with otherworldly Zen calm. But some of us have the privilege and access to build bridges and engage in patient, compassionate conversation with those who are hurting people we love. If you’re called to be a bridge-builder, then do it. Just don’t denigrate other people who have different callings.

I got together last night with my old college freshman Bible study leader. He’s an evangelical pastor in a more conservative denomination than me, which is absolutely not the summation of who he is at all. He’s posted nothing but positive spiritual encouragement on his facebook page for the last decade. It’s been a tremendous ministry to me and to everyone who knows him, conservatives and liberals alike. He appreciates me for who I am and the different role to which I’ve been called. I am convicted and challenged by his example, but I don’t have to become exactly like him. Because God sometimes calls me to pick up a bullhorn in solidarity with specific people he has put in my life, like the queer Christians who mentored me and the undocumented immigrants in my old youth group.

At the same time, I need to be a good steward of the fact that I speak evangelical and South Texas redneck and recognize the bridge-building opportunities to which I’ve been called. While denouncing “the man” with a bullhorn is a legitimate political tactic for people otherwise without a voice, if I know “the man” personally, then I should sit down with him and seek the truth together with humility. That doesn’t make me morally superior. It simply means that I should use my access and privilege wisely.

The corollary to this is that we shouldn’t shun people for their guilt by association with “the man.” Jesus had the privilege and access to eat lunch with the head tax collector in Jericho, which he used to persuade him gently to repent of his injustice. We don’t have to insert a stern dialogue into the text at that point in order to make Jesus more acceptably social justice-y. Sometimes he was gentle; sometimes he wasn’t. It doesn’t mean that we all have to wait for the CEO of Monsanto to accept our polite invitation to lunch before we can march on Monsanto headquarters. But it does mean that we should withhold judgment on those who are called to build bridges if we happen to be called to take up bullhorns on twitter or in the real streets.

June 3, 2015
What Russell Moore gets right about transgender and intersex identity
Next Post 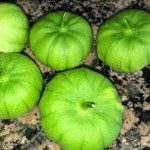