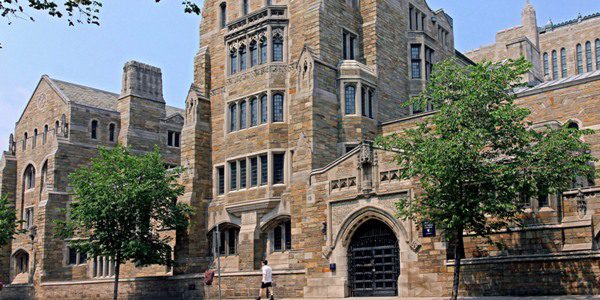 In case you hadn’t heard, Yale is going through some drama. A group of administrators sent out an email before Halloween asking students to be racially sensitive in their costume choices. A professor named Erika Christakis took offense at this email and sent an email of her own bemoaning Yale’s political correctness. And now a group of students is demanding Christakis’ resignation. I don’t think Christakis should get fired. But I think her email exudes a level of callousness that merits an apology.

How you analyze this situation depends upon which lens you’re using. If you’ve decided to embrace the narrative that political correctness is suffocating the free exchange of ideas on college campuses, then the issue here is how fragile and entitled these spoiled millennial social justice warriors are. They’re intolerant of any thought that doesn’t conform to the orthodoxy of their identity politics. They want to fire any professor who disagrees with them. And they always SHRIEK whenever they have conversations with calm and sensible older white men (I’ve never seen the word “shriek” used in so many different headlines).

At first when I read through all the think-pieces trashing the hypersensitive, “safe space” students, it was hard not to go along with their narrative. No one should be fired for sending out an email that simply expresses a different viewpoint but doesn’t involve any kind of hate speech or an obviously actionable offense. I continue to believe that. But my pastor’s heart was pricked when I read what one student had shouted at Erika Christakis’ husband Nicholas, “It is not about creating an intellectual space! It is not! Do you understand that? It’s about creating a home here!”

As a campus minister at Tulane University, it is my mission to create a home for students in the midst of a wannabe Ivy League campus that mostly only cares about being an intellectual space. Last year, five students committed suicide in our pressure-cooker academic environment. College needs to be more than just an abstract “exchange of ideas.” Since students are out from under their parents’ roof for the first time, college should be a place where they learn how to create a home, how to be an authentic community for each other. Part of learning how to be a community is to develop sensitivity to the needs and perspectives of others. Just because something is funny to you doesn’t mean it isn’t hurtful to someone else. Reflecting on what you wear for Halloween is a legitimate part of learning how to live in community with people who come from different backgrounds and might be hurt by your choices.

The supposedly “heavy-handed” original Halloween email wasn’t from just any group of administrators. It was signed by representatives of the offices that had been set up to support the kids who don’t completely fit in with the mostly rich white student body at Yale: the LGBT office, the Native American center, the Jewish center, the African American center, and others. The fact that the Yale dean sent out this letter was a powerful statement of respect and empowerment to Yale’s students who feel like outsiders. The letter didn’t make any demands of students. It invited their reflection on their choices. It was a legitimate pedagogical tool.

So first we need to recognize Erika Christakis’ email for what it was: a reflection on whether or not it’s legitimate to invite reflection on how your choices impact others. When Christakis asks about “the consequences of an institutional (which is to say: bureaucratic and administrative) exercise of implied control over college students,” she’s not asking this question about all the other mass emails that have gone out from the Yale dean over the course of the semester. She’s asking it about the one email that got signed by the representatives of marginalized students.

Christakis said that she wrote her email after hearing from “a number of students who were frustrated by the mass email sent to the student body about appropriate Halloween-wear.” Why is nobody raising questions about the fragility and hypersensitivity of these students? Aren’t they showing how spoiled and entitled they are to complain that they had to read an email from the marginalized students’ advocates? How many emails from the Yale administration had they glossed over and nonchalantly deleted before this one?

Christakis complains: “Is there no room anymore for a child or young person to be a little bit obnoxious… a little bit inappropriate or provocative or, yes, offensive? American universities were once a safe space not only for maturation but also for a certain regressive, or even transgressive, experience; increasingly, it seems, they have become places of censure and prohibition.” In the abstract, this seems like a reasonable concern. But this is a letter criticizing a letter asking people to be culturally and racially sensitive about their Halloween costume choices.

So it’s not far-fetched for the marginalized students reading Christakis’ letter to hear: Is there no room for a child or young person to dress up in blackface anymore or wear a big sombrero and speak in broken Spanglish? American universities were once a safe space not only for wearing Indian chief feathers but also for making fun of gay people. But now that all the marginalized students have their own administrators, they have become places of censure and prohibition.

The question is whether bullying is officially okay with Erika Christakis. Because that’s what this is about. Ridiculing another person’s culture is a form of bullying. Bullies are often ignorant of how hurtful they are; they just think they’re being funny and that the person they’re bullying just doesn’t know how to take a joke. If Erika Christakis were my son’s teacher and I went in to complain to her about another kid in the class bullying him, she could certainly make the argument that bullying is just part of the “transgressive experience” of growing up. Because it’s true. It’s one of the natural things adolescents do as part of the rebelliousness by which they assert their burgeoning adulthood.

It is completely age-appropriate for teenage boys to make fun of each other and call each other hurtful, derogatory names. It happened to me a lot. When I was bullied in school, you could certainly have argued that I was being overly sensitive and taking things too seriously. If I had been quick enough on my feet to roll with the punches and exchange insults with ease, then I wouldn’t have been such an easy target. There were adults in my life at the time who were just as calloused as Erika Christakis’ letter. They said things like “Look away, or tell them you are offended.” Because it’s such a calm and easy thing to face down your bullies and have a “free exchange of ideas” with them.

Erika Christakis wrote to her students, “The censure and prohibition come from above, not from yourselves! Are we all okay with this transfer of power?” That’s bullshit. The people who spoke up were administrators whose job is to stand up for marginalized students, presumably after receiving feedback from these students. If the dynamics at Yale are anything like the dynamics at Tulane, marginalized students do not feel safe sharing their concerns openly with the blissfully ignorant dominant majority, which is why the offices represented in Yale’s Halloween email exist. When Erika wrote an email after receiving student complaints, she was doing exactly what the administrators who wrote the original email were doing in response to the student complaints they had received. The “transfer of power” that occurred was that Yale Dean Burgwell Howard empowered the marginalized students’ administrators to use his platform to communicate the concerns of their constituencies.

Again I don’t think Erika Christakis should be fired. I don’t believe in censorship and political correctness. But I do believe in creating a home for students and actually caring how they feel. And I think it’s too bad that Erika Christakis was willing to throw the marginalized students of Silliman College under the bus in order to show solidarity with the fragility of entitled, privileged students who felt “oppressed” by a “politically correct” email. I’ve seen Erika Christakis’ blog. She seems like a thoughtful, compassionate human being. One calloused email doesn’t negate her genuine care for her students, but the mistake does need to be acknowledged even if it’s perceived to be caving to the pressure of supposedly fragile, whiny social justice warriors. Erika Christakis owes nothing to her “supporters” from the Daily Caller and the other professional scorn-heapers in the media.

I hope that a better conversation is able to take place. I hope that Erika is able to apologize for the hurt that she caused, even if she feels like she was making a legitimate point. I hope that other faculty and administrators who have rapport with the students will work to bring about reconciliation and a better community moving forward. I hope that Yale will become a genuine home for all of its marginalized students. 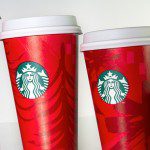 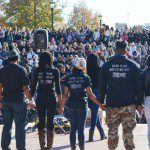