Do #BlackLivesMatter to white evangelical students and alumni of @WheatonCollege?

This week, Dr. Larycia Hawkins received notice from the Wheaton College administration that termination proceedings would begin against her because of several statements she made on Facebook about Muslims and Christians “worshiping the same God” that supposedly contradict the Wheaton statement of faith. Wheaton has a history of pushing out professors for dubious, ill-defined reasons. The question is not whether Wheaton has a right to maintain a confessional standard of conservative evangelical doctrine among its faculty, but whether the Wheaton administration and board have the right to flout established written protocol and make up the rules as they go along. The fact that they’re doing this with a black female professor makes it a racial issue, regardless of their intent, because it impacts the ability of students and faculty of color to thrive in their academic environment. Thus, it becomes a question of whether black lives matter to the predominantly white evangelical students and alumni of Wheaton College, who have the power to hold their administration and board accountable.

As I shared before, I might have articulated myself differently than Dr. Hawkins, but this is not a debate over whether Hawkins’ theology is flawless. Is her offense so egregious that Wheaton College is released from upholding its covenant of tenure with her? Is Hawkins saying things that are spiritually hazardous to the students she is teaching? Has Wheaton handled this matter consistently and in conformity with established, clearly communicated policies? So many conservative evangelical reactions to this are obfuscating the issue, equating a stand in support of Hawkins to an attack on “religious freedom.” But even in a college environment where doctrinal agreements are binding, the administration cannot behave arbitrarily.

Dr. Hawkins has shared the theological statement that the provost had requested from her. Here is the portion where she clarifies what she meant by saying Muslims and Christians worship the “same God.”

I am guided by evangelical theologians like Timothy George, John Stackhouse, Scot McKnight, and Miroslav Volf, as well as the post-Vatican II Roman Catholic tradition, as expressed in both encyclical form (e.g. Nostra Aetate 3.1) and Pontifical writings (e.g. John Paul II, “Crossing the Threshold of Hope”). Like them I acknowledge that the statement “we worship the same God” is a simultaneous “yes” and “no” to the question of whether Christians and Muslims (as well as Jews) turn to the same object of worship, namely, the “God and Father of all, who is over all and through all and in all” (Eph. 4:6).

On the “yes” side, both Christians and Muslims (as well as Jews) confess that God is One (Deut. 6:4). So, yes, Christians and Muslims (and Jews) affirm fully that “that God is the Father of Abraham, Isaac, and Jacob” but –borrowing from Stackhouse–“if we insist, as many are insisting in this furore, that God must be understood in terms of the Trinity, with a focus especially on Jesus, or else one really doesn’t know God, I respectfully want to ask such Bible believers what they make of Abraham (who is held up as a paradigm of faith in the New Testament) and the list of Old Testament saints (who are held up as paradigms of faith to Christians in Hebrews 11), precisely none of whom can be seriously understood as holding trinitarian views and some proleptic vision of the identity and career of Jesus Christ.”

But I also fully understand that on the simultaneous “no” side, as George notes, while “Christians, like Muslims, affirm the oneness of God…[Christians] understand that oneness not in mathematical terms (as a unit)” but as a tri-Personal, perichoretic unity. I understand that Islam (and Judaism) denies the deity of Christ and the Holy Spirit, and leaves no room for the Cross and the Resurrection, but my statement is not a statement on soteriology or trinitarian theology, but one of embodied piety. When I say that “we worship the same God,” I am saying what Stackhouse points out, namely that “when pious Muslims pray, they are addressing the One True God, and that God is, simply, God.”

So in other words, she says the answer to whether Muslims and Christians worship the same God is both “yes” and “no.” Her statement about Muslims was not intended to make claims about “soteriology” (salvation), but simply to express her solidarity with a marginalized group through her “embodied piety.” Of course it’s also legitimate for her to point out that if lacking a Trinitarian understanding of God means that one is worshiping a wholly different God, then we have to ask that question about Abraham and all the other Old Testament saints who didn’t have some kind of secret clairvoyant foreknowledge of Jesus and the Holy Spirit.

I see an analogy between a professor’s tenure and a minister’s ordination. Both faculty who are tenured and ministers who are ordained enter into a covenant with their superiors that is supposed to be binding on both ends, even if the terms are different in a secular university than a confessional one. As an ordained United Methodist elder, unless I engage in specific, chargeable offenses, I cannot have my ordination revoked. If my bishop doesn’t think that my blog fits with his “vision” for the United Methodist Church, he can lecture me or even reassign me to a toxic, clergy-killer congregation, but he can’t take away my ordination without a chargeable offense and a church trial. Likewise, a professor even at a conservative evangelical school with a paternalistic covenant should not have her tenure revoked unless the covenant she signed has been clearly and explicitly violated.

There is no specific rule in Wheaton’s covenant that prohibits declaring the “sameness” of the Muslim and Christian God on Facebook. Likewise, there is no explicit rule against writing something positive about liberation theology or taking a photo of yourself in the vicinity of an LGBT pride parade (which are some of Hawkins’ other egregious crimes). That’s why Dr. Hawkins was asked to write a statement clarifying her theological commitment to Wheaton’s covenant each time the administration took offense at something she did. She would not have been asked to clarify herself unless it wasn’t clear that she had broken any rule. Dr. Hawkins has complied with each request faithfully. She did everything required by the university protocol, but then the administration reneged and changed the rules on the fly. It was when she was asked to voluntarily renounce her tenure for two years that they reached an “impasse” in their communication.

So the ball is in your court, white evangelical Wheaton students and alumni. Are you proud of how your school is representing Christ in this situation? Do you consider the way Hawkins is being treated to be above reproach? If not, then what are you doing to make your voice known to the Wheaton administration? Your hands are not clean if you stand idly by and watch this unfold. Your private shame and conflictedness does nothing to serve God’s justice. The University of Missouri fired its president because a single graduate student decided to go on a hunger strike which inspired other students to protest until the football team refused to play ball. All the Mizzou president did was to vaguely preside over a culture of racism. This is a case where a black female professor is being bullied.

What if God is using this situation to bring about a long-needed transformation at Wheaton College? It’s not about watering down conservative evangelical theology or abdicating the right of conservative Christian colleges to maintain doctrinal standards. It’s about whether or not employees are treated consistently and fairly in a way that faithfully represent Jesus Christ. It’s about whether or not the administration’s communication is clear, honest, and above reproach. Wheaton students and alumni can demand answers from their administration. They can demand that their school officials bear faithful witness to Christ in their actions.

January 6, 2016
Can Jesus save the world from Christians?
Next Post 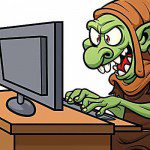 January 8, 2016 World Table: an experiment in troll-resistant commenting
Recent Comments
0 | Leave a Comment
"Perhaps the next pandemic cyclic will allow you to rethink your observations based on some ..."
Bob Shiloh Intuition and the Garden of Eden
"Good read, here is another interesting interpretation of the tree of knowledge and the fig ..."
Julie Why Does The Knowledge of Good ..."
"I believe the context has nothing to do with God condemning sin within or upon ..."
Joseph Kuzara How does God “condemn sin in ..."
"It's not about pro-/anti- homosexuality. It is neither your place nor mine to judge who ..."
Marc Wagner Can “Social Justice” Christianity Be Anti-Gay?
Browse Our Archives
Related posts from Mercy Not Sacrifice