Is damnation of the other a cornerstone of evangelical belief?

Is damnation of the other a cornerstone of evangelical belief? January 13, 2016 Morgan Guyton

The Larycia Hawkins situation at Wheaton has become fodder for a lot of conversation about evangelical doctrine and whether or not Hawkins has egregiously violated it. Over and over again, I’ve seen conservative evangelicals respond to Hawkins’ statement that Muslims and Christians “worship the same God” by saying that she’s a “universalist.” This puzzling deductive leap points to the presence of a subtext. Hawkins didn’t say anything explicit about whether or not Muslims are going to heaven. The connection only makes sense if conservative evangelicals are seeing a slippery slope here. If you start saying things like Muslims “worship the same God,” then it leads to eroding your doctrinal commitment to the eternal damnation of Muslims.

No evangelical would ever concede that damnation of the other is the cornerstone of evangelical belief. First of all, “the other” is not a category that exists in the evangelical universe, because for evangelicals (at least white ones), there’s only one type of human being: an individual, autonomous sinner separated from God by sin. The details of our social location, race, etc, are irrelevant because all that matters is we deserve hell and Jesus offers heaven. Real Christians (who don’t necessarily include mainliners or Catholics) go to heaven, while the rest of humanity goes to hell.

A phrase like damnation of the other has an uncomfortable connotation. Because it can have more than one meaning. It’s unclear whether I’m referring to God’s holy and righteous judgment against non-Christian sinners or the way that a people’s belief system can cause them to demonize others they know nothing about because they’re different. Or maybe I’m saying that a theology which overemphasizes hell can cause certain Christians to demonize strangers for their difference and behave misanthropically when they have to interact politically with non-Christians.

Most evangelicals would prefer to say that Christ is the only means of salvation for humanity. That’s a gentler way of wording the same thing. Wheaton’s doctrinal covenant mentions the exclusivity of Christian salvation. What it doesn’t say overtly is that Wheaton professors are expected to make it clear at all times that they are committed to the eternal damnation of Muslims and all other non-Christians. Because that sounds too indelicate. But that seems to be the core unspoken commandment Dr. Hawkins has violated, more so than her clash with islamophobia or any other right-wing political stances of Wheaton’s donor base.

It seems that many conservative evangelicals believe the whole theological apparatus of Christianity collapses if one abandons a confident, full-throated commitment to the damnation of every non-Christian. It’s okay to signal this commitment discretely, but the signal must be made or else one’s faith is in trouble. Rob Bell started down his wayward road by questioning whether one of his congregation members was right to say that Gandhi was definitely in hell. He didn’t say that Gandhi was definitely in heaven. At least not at first. But now he’s gone full-on Oprah. He’s touring the country with new age gurus like Deepak Chopra.

I’m unafraid to admit that I don’t know what will happen to Muslims or other non-Christians when they die. I’m not a universalist which would mean that I proclaim confidently that everyone is going to heaven, but I am a hopeful inclusivist, which means that I hope God has some kind of provision for Muslims and Buddhists and every other non-Christian, even though I consider Christianity to be the best vehicle of humanity’s salvation. The reason I’ve come to this place theologically is because I don’t think you can hold a strong commitment to the damnation of every non-Christian without forfeiting the most critical aspect of Christian salvation: that it’s an unconditional gift. If your salvation is not a gift but a reward for anything whether it’s good deeds, correct doctrine, or that ambiguous thing we call “faith,” then it’s not really Christian salvation but a toxic substitute.

Ephesians 2:8-9 says, “For by grace you have been saved through faith, and this is not your own doing; it is the gift of God, not the result of works, so that no one may boast.” If our salvation is contingent upon something we do, say, feel, or think to make ourselves officially Christian that God evaluates and authenticates, then whatever we do, say, feel, or think to gain God’s authentication is our works-righteousness, and our salvation is not really a gift from God.

The only way salvation can truly be a “gift of God” is if it is offered unilaterally and unconditionally to all (i.e. if it is not contingent upon God’s evaluation or authentication). This means that whatever damnation exists is self-inflicted rather than punitively imposed by God as a response to an inadequate performance of Christian “faith.” I do think some and perhaps even many people are damned, but I believe they straight-jacket themselves into hell. I suspect the reason conservative evangelicals are dissatisfied by this way of expressing things is that God doesn’t feel sovereign enough unless he’s the one doing the damning.

But to me, the Christian gospel says that Jesus’ salvation is always available to everyone. To say that salvation is made “effective through faith” (Romans 3:25) does not mean that God has a clipboard on which he is scoring our performance of “faith” to decide whether or not we make the cut into heaven. The reason faith matters is because we will damn ourselves into alienation from God unless we trust in God’s grace. Unless I am liberated from my need to declare my personal independence and justify all my sin, then intimacy with God will be a torturous hell that I flee.

I believe that we need to immerse ourselves in the story of Jesus’ cross and resurrection in order to gain the trust in God’s grace that allows us to enter into authentic communion with God. Authentic communion with God is not just believing in Jesus’ cross and resurrection, but being crucified and resurrected with Christ. However… I’m not willing to foreclose the possibility of Jesus as the Word of God working through another religion’s story to draw people into reconciliation with God, nor do I have any idea whether or how he would do so.

The Holy Spirit has behaved too subversively throughout history for me to believe that the Trinity are sitting like indifferent bureaucrats with their arms folded damning billions of Muslims instead of entering into that space and doing whatever needs to be done within that religious system to accomplish whatever needs to be accomplished. There’s more than one way to interpret what Jesus said to Thomas: “No one comes to the Father except through me” (John 14:6). Thomas did not ask Jesus whether Muslims and Buddhists were going to heaven. Thomas said, “Lord, we do not know where you are going. How can we know the way?” (John 14:5). It’s terrible exegesis to divorce Jesus’ answer from Thomas’ question as though it were a stand-alone statement.

If your theology depends upon your commitment to the eternal damnation of all Muslims, then it’s dangerous to say that Muslims and Christians “worship the same God,” even though that statement can have more than one meaning. The empathy that Hawkins intended with her statement is itself the problem. Empathy with the other erodes your commitment to their damnation, which weakens your theological resolve, leading to a loss of evangelistic zeal and perhaps even the slippery slope to atheism (I’ve seen conservative evangelical graphics which suggest this very thing).

My main concern with making damnation of the other into the cornerstone of evangelical theology is how this impacts evangelicals’ love of their neighbors. President Obama said in his state of the union speech last night that “democracy grinds to a halt without the basic willingness to compromise.” Political compromise with secular liberals is anathema to conservative evangelicals for the same reason that saying Muslims and Christians worship the same God is. Because if we decide that secular liberals aren’t complete idiots, then it might erode our commitment to their eternal damnation. Similarly, to say that a Muslim-dominated country like Iran is motivated by pragmatic geopolitical considerations like every other country rather than comically diabolically villainous ones, then that’s a step down the slippery slope of empathizing with Muslims and eventually thinking they might go to heaven.

This is why the most attractive political candidates for the conservative evangelical base are the three who seem the most authentically committed to the damnation of the other: Donald Trump, Ted Cruz, and Ben Carson. Marco Rubio is the most pragmatic choice as a Republican presidential candidate and he’s got all the right political stances (except perhaps immigration), but he’s not zealous enough in his commitment to the damnation of the other.

Empathy is certainly the most dangerous threat to ideological certainty, but I’m pretty sure it’s how Jesus called us to be. Nothing makes me want to tear my clothes and pour ashes on my head more than the way that toxic Christian theology has made Christians anti-empathetic. Even if it is the case that all Muslims and other non-Christians go to hell, I think believing that with confidence and zeal as the foundation of my faith makes me less likely to treat other people the way that Jesus teaches, which seems to undermine the whole point.’

January 11, 2016
Can American Christianity be detoxified? (A summary of my first book)
Next Post 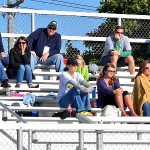 January 17, 2016 The loneliness of being a grownup today
Recent Comments
0 | Leave a Comment
"Read Joseph Campbell's book, The Hero With A Thousand Faces, and good luck!"
Enlightened | Morgan Guyton
"You may be over-thinking things a bit. It appears you now believe in nothing; better ..."
Bob Shiloh | Morgan Guyton
"The times, they are a'changin'! Thank you for sharing your insights from your walk in ..."
Zeigler John | Morgan Guyton
"There is a lot here, but just two comments to think about. First - you've ..."
Robert Hunt | Morgan Guyton
Browse Our Archives
get the latest updates from
Mercy Not Sacrifice
and the Patheos
Progressive Christian
Channel
POPULAR AT PATHEOS Progressive Christian
1