What does it mean to be orthodox? It depends on which definition of the Greek word doxa you’re using. Ortho always means straight, right, or true, but doxa has two possibilities. For Aristotle and the other pagan philosophers, doxa meant “opinion” so orthodoxy would mean “right opinion,” which is what it means today for most Protestant Christians who use the word. But there’s a different meaning. Because something strange happened when the Hebrew Bible was translated into Greek. The Hebrew word kabod, which means “glory,” was translated as doxa. With this second definition, orthodoxy would mean “true glory,” which corresponds more to how the Eastern Orthodox understand the goal of Christian teaching. The first orthodoxy is ideological; the second is liturgical. The first has to do with the head; the second has to do with the heart. I prefer the second.

Ideological orthodoxy defines itself as a set of propositions to which one must agree in order to be within the boundaries of Christianity. Christians have historically used the Nicene and Apostles Creed to define the boundaries of Christian orthodoxy, but for some Christians today, the historical creeds aren’t enough. Five point Calvinism famously organizes its orthodoxy according to the acronym TULIP — total depravity, unconditional election, limited atonement, irresistible grace, and preservation of the saints. Evangelical scholar Ed Stetzer has proposed the following four statements as the core of evangelical orthodoxy:

1. The Bible is the highest authority for what I believe.
2. It is very important for me personally to encourage non-Christians to trust Jesus Christ as their Savior.
3. Jesus Christ’s death on the cross is the only sacrifice that could remove the penalty of my sin.
4. Only those who trust in Jesus Christ alone as their Savior receive God’s free gift of eternal salvation.

What jumps out at me about these statements is how focused on exclusivity they are. That’s entirely what they’re about. We have the book that has all the answers. The only purpose of having conversations with people who disagree with us is to convert them to our position. People who appear to be morally good but haven’t “trusted in Jesus Christ alone as their Savior” are actually wicked enough to deserve being tortured forever in hell. There is nothing in these four fundamentals about love or grace or reconciliation or hope, which doesn’t mean that evangelicals don’t believe in these things. It just means that evangelical self-definition is primarily about having the guts to say that other people are wrong and deserve to go to hell. If you’re unwilling to say that with enough confidence, you get farewelled from evangelicalism.

As a progressive evangelical, I disagree strongly with Stetzer’s framework though I agree with most of his four statements completely and all of them at least partly. The primary difference is that I’m operating with the second understanding of orthodoxy as “true glory” rather than “right opinion.” I don’t think the ultimate goal is to speak perfectly about God. Although I do spend most of my waking hours each day contemplating how to speak more truthfully about God, having the right opinion is penultimate to experiencing the true glory of God. I believe that words and ideas about God are tools whose purpose is to make possible a direct personal experience of God’s presence. To me, the goal of orthodoxy is communion not correctness (which is the title of the seventh chapter of my book).

For me, orthodoxy is not as much about adjudicating who’s in and who’s out as it is about helping others taste the deepest possible communion with God. For me, the goal of orthodoxy is to be able to say with Paul, “I have been crucified with Christ so it is no longer I who live but Christ who lives within me.” The goal is for my body to be “a temple of the Holy Spirit.” It matters what I say and think about God. If I don’t believe that Jesus has been physically resurrected, what hope do I have? If I don’t believe that God is Trinity, how could I dream of entering into communion with God? At the same time, it’s also true that God has been gracious enough to inhabit my heart despite the heresies of my mind.

Because I’m seeking the perfect communion of true glory rather than the perfect correctness of right opinion, that changes how I understand being a pastor in a United Methodist denomination with a wide range of theological diversity. It makes me eclectic, which is what I’ve found most United Methodists to be, a quality that the ideologically orthodox consider “incoherent.” I want to have the zeal of evangelicals, the gentleness of mainliners, the liturgy of Catholics, and the mystery of the Orthodox. I don’t think I have to pick one just for the sake of “consistency.”

That said, I do think there is a uniquely Wesleyan orthodoxy in which God’s true glory can be pursued. I’ve summarized it in three sentences (which I expanded upon in this blog post). God’s grace is our foundation. Perfection in love is our goal. The means of grace (works of piety and mercy) are our method. As our mission statement says, the goal is not correct opinions, but lived discipleship that transforms the world. We need to be properly rooted in order to be effective disciples, but the heart matters more than the head. While John Wesley valued both “knowledge and vital piety,” knowledge was always penultimate to vital piety, the “strangely warmed” heart which flows with love of God and neighbor. United Methodism is a Christian tribe that prioritizes the cultivation of a Christlike heart more than ideological consistency.

If the goal is communion rather than correctness, that changes how I respond to people with theological differences. I don’t face the crisis of having to say that only one of us can be right, so unless I can show the other person is a heretic, I must be one. Instead, I can ponder whether an aspect of another person’s theology could enhance my experience of God’s communion, even if I disagree with them overall. If I’m trying to counsel somebody who’s stuck in a heresy, my goal is not to repudiate them but to help them find a path to tasting God’s true glory, given the limits of their constraints. The more heretical someone is, the more they need milk rather than meat. Usually, when people cling to distorted views of God, it’s because they’ve been harmed spiritually in some kind of way. So the response needs to occur in gentle invitations rather than logical take-downs.

Heresy is bad because it creates an obstacle to God’s true glory. It steals the joy of the richer taste we could have had of God. When pastors teach heresy, it’s like giving their congregation shoes that are several sizes too small to wear in their walk with Christ so that they limp painfully along. So, yes, we need to oppose heresy. How we oppose it depends upon whether somebody is teaching it or quietly believing it. But I really think the way we oppose it is through demonstrating a more beautiful glory.

The best illustration of Christian orthodoxy I can find in the Bible is 2 Corinthians 3:17-18: “Now the Lord is the Spirit, and where the Spirit of the Lord is, there is freedom. And all of us, with unveiled faces, seeing the glory of the Lord as though reflected in a mirror, are being transformed into the same image from one degree of glory to another; for this comes from the Lord, the Spirit.” That’s what a Christian community looks like when it seeks the communion of true glory rather than the correctness of right opinions. 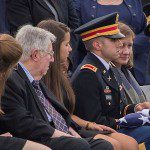