My quarrel with N.T. Wright about sex 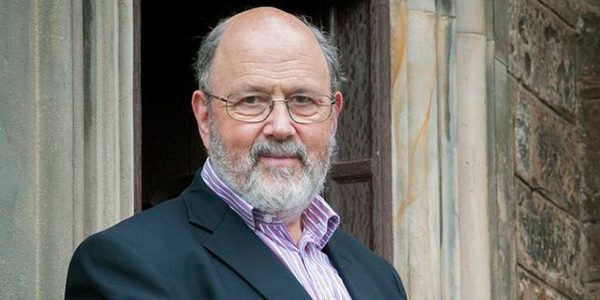 I realize we’re not supposed to quarrel with N.T. Wright. Because he’s already refuted every possible challenge to his thinking in one of the several hundred books he’s published. (He’s also a very humble, kind person.) It was pretty surreal that I got to skype with Bishop Wright recently through our podcast Crackers and Grape Juice. He spoke about 200 words a minute for 40 minutes without saying the word “um.” Those of you who disagree with me will delight in the way that he steamrolled my questions about sexuality.

Much of what Wright said was rich and beautiful. His Christian vision is so much more compelling than the evangelical “orthodoxy” he has challenged. But some of his comments would be very hurtful and patronizing for any queer Christian listening to it, such as his insinuation that the debate over queer inclusion is a “first world Christian problem.” It isn’t. In Africa, queer people get lynched for their identity largely due to the homophobia brought into African societies by Christianity and Islam.

I have been trying to put my finger on exactly where I part ways with N.T. Wright in how I interpret scripture. And I think the best way to capture it is in a widely circulated quote of his. Wright says, “For too long we have read scripture with nineteenth-century eyes and sixteenth-century questions. It’s time to get back to reading with first-century eyes and twenty-first century question.” I don’t think the authority of scripture depends upon letting the first century get the last word on how to understand human identity. While understanding first-century Judaism can tremendously illuminate scripture for us, I don’t think we have to adopt the sensibilities of first-century Judaism to get Christian theology right.

For Wright, the one relevant question for interpreting much of the New Testament is what did Paul really think. He’s devoted his career to the historical scholarship that gets us much closer to understanding this with accuracy. For example, when Paul talks about justification, he wasn’t talking about Martin Luther’s terrified neurosis over his personal damnation, but about the restoration of the Israelite people from centuries of exile. I think Wright’s scholarship is super-important, but I don’t think that theology can only be historical.

For me, the interpretive question is not solely what did Paul (or Luke or Matthew) really think but what are the implications of how the Holy Spirit speaks through the Bible’s human witnesses. As an English major, I look for paradigms and analogies. When Paul says, “Nothing is unclean in itself; but it is unclean for anyone who thinks it unclean” (Romans 14:14), I hear a paradigmatic statement about the nature of holiness with regard to every possible human activity, whereas a historian like Wright might say nothing doesn’t really mean nothing here; Paul is only talking about sacrificial meat.

When I read about the Jerusalem Council in Acts 15, I see a model for how the church should engage in spiritual discernment about every sort of issue, whereas Wright said in our podcast that it’s a “one-off event” that opens the church to Gentiles but shouldn’t be used to consider the status of other long-time outsiders in the church. As a historian, that’s the stance Wright has to take. It’s beyond the boundaries of his scholarship to make any claims about how Acts 15 should be applied today. But I question whether Acts 15 is merely a “one-off” first-century event that cannot model anything for our discernment today because that’s all a historian can say about it.

The most significant paradigmatic claim I see Paul making about holiness is that it has to do with spiritual fruit. Some behaviors produce “fruit of the flesh” (Galatians 5:19); others produce “fruit of the spirit” (Galatians 5:22). Paul says, “All things are lawful for me, but not all things are beneficial. All things are lawful for me, but I will not be dominated by anything” (1 Corinthians 6:12). I see here the framework for an entirely pragmatic ethical system. It’s not about obeying rules just because God said so, but about seeking habits of life that are spiritually “beneficial” and avoiding addictions that “dominate” us.

So here’s where my quarrel occurs with a strictly historical Biblical interpretation like N.T. Wright’s. Paul did believe that non-heteronormative sex was “unnatural” and that “unnatural” sex resulted in bad spiritual fruit. In Romans 1, he says that when people “exchange natural intercourse for unnatural” (v. 26), they are “filled with every kind of wickedness, evil, covetousness, malice” (v. 29). The reason Paul calls non-heteronormative sex bad is because he thinks it fills people with bad spiritual fruit. That’s the plain meaning of a straightforward reading of Romans 1, which is consistent with the fruit-centered ethical framework Paul exudes throughout his epistles.

For N.T. Wright, there’s only one question to be asked, since we’re supposed to answer twenty-first century questions with first-century eyes: does Paul think non-heteronormative sex is bad? If he does, then we have to agree with him if we’re Christian. Case closed.

But what if it turns out that Paul’s grasp of human biology was inadequate while his ethical instinct was right? Does his biology have to be perfect and timeless for his words to be canonical? What if “unnatural” sex actually means for a gay person to marry straight and have a turbulent, dishonest relationship in which authentic physical intimacy is painfully impossible? What if the best way for gay people to live with good spiritual fruit if they aren’t uniquely called to celibacy is “to marry rather than to burn” (1 Cor 7:9) in a way that is “natural” to their biology?

When I look at the pragmatic pastoral theology Paul demonstrates throughout his epistles, I honestly believe if he were walking around today, he would say, “Let them do what is natural to them and least disruptive to their communion with Christ.” That seems to be a reasonable, straightforward application of Paul’s ethical framework.

In 1 Corinthians 7, Paul reveals where he’s coming from when he’s talking about sexuality. He says to the Corinthians, “I want you to be free from anxiety… I say this for your own benefit, not to put any restraint upon you, but to promote good order and unhindered devotion to the Lord” (1 Corinthians 7:32, 35). So Paul is not invested in arbitrary restraints. In terms of our sexuality, he wants to promote freedom from anxiety, good order, and unhindered devotion to the Lord. Those three principles are not contingent upon retaining “first-century eyes” when it comes to human biology. They are timeless, and I believe they should be the foundation of our sexual ethics today.

June 24, 2016 My most contentious chapter: outsiders not insiders
Recent Comments
0 | Leave a Comment
"What's the time limit for that, then?And how do you know this?"
Nixon is Lord Rachel Held Evans and the Democratization ..."
"Thanks so much for reading and sharing!"
Morgan Guyton The Clown (A Poem About God)
"This is rooted in such precious truth of our Lord and who we are in ..."
Anita Grace Brown The Clown (A Poem About God)
"Fantastic blog and devotional. Thanks for sharing."
mike looker Paraklesis: a beautiful word (2 Corinthians ..."
Browse Our Archives
get the latest from
Mercy Not Sacrifice
Sign up for our newsletter
POPULAR AT PATHEOS Progressive Christian
1