Can queer pride save the American church?

This past Friday, as the financial world was reeling in the wake of the Brexit vote, I sat down in a small coffee shop on Wall Street with Episcopal priest Liz Edman and had one of the most incredible theological conversations I’ve ever had. Edman just released a book called Queer Virtue: What LGBTQ People Know About Life and Love and How It Can Revitalize Christianity. When I finish it, I’ll write a proper review, but what I’ve read so far has already blown my mind, so please order it today!

As I was talking to Edman on Friday, she made a connection for me that just about knocked me over: queer pride is what it looks like to become the beloved of God, which is how I’ve come to understand Christian salvation. I realize that for some Christians, this is the most horrifying thing I could have possibly uttered. But I honestly believe it’s true.

As I’ve shared before, I grew up in a moderate Southern Baptist world. I used to believe there were two kinds of Christians: the fundamentalists who were zealous about proclaiming the fact that God wanted to torture most of humanity forever and the moderates who were embarrassed and conflicted about that fact. Because of how I grew up, I cannot avoid seeing the misanthropy of our political age as a direct result of this toxic teaching about God’s wrath and the nature of salvation. I’ve heard the catch-phrases of my evangelical upbringing echoing all over the political discourse of culture war. It really seems that Christians have become precisely what Jesus came to stop us from being. That’s why I’ve been on a quest for most of my adult life to find a detoxified version of Christianity.

What I’ve never understood is why so many Christians who have a very low view of human nature seem to have such a high degree of confidence in their personal infallibility. I cannot help but suspect an innate spiritual malfunction in their theology. I call it the total depravity of everyone else. In contrast, I’ve gotten to know many secular queer people in the radical activist community who might bristle when they hear the word “sin,” but are zealous about deconstructing and openly processing their character flaws. Some of them say bold and brutal things online, but in person, they are some of the humblest, gentlest people I’ve met.

I’m not saying it always works this way. There are plenty of self-righteous, toxic people within every possible social location and political ideology. But what I haven’t found is a positive correlation between people who are personally humble and people who are ideologically committed to the innate wickedness of humanity. The mature Christians I’ve known who most exude the fruit of the spirit also seem to be the ones who cut the most slack for the other people in their lives. They aren’t meticulous about clarifying that they love the sinner and hate the sin; they just love.

When I was introduced to queer Christianity in early 2002 at Central Avenue United Methodist Church in Toledo, Ohio, I was enveloped in a radical unconditional acceptance that I had never experienced in a church environment before. It was completely unlike the shiny happy Jesus side-hugs I got from the evangelicals in college who were just as quick to become my BFF’s as they were to completely forget me when I left their clique. There is a certain grace that only the wounded know how to embody. There is a certain authenticity that I’ve only encountered in communities of people who have been rejected.

It was in a Bible study with sixty-year old lesbians at Central Avenue UMC that I read Henri Nouwen’s Life of the Beloved for the first time. It completely reoriented the way I understood the gospel. I had never fully believed that Jesus died on the cross to appease an angry God who wanted to torture me. But I’d never had an alternative way of telling the story. Nouwen told me that God made himself entirely vulnerable in Jesus so that I would make myself vulnerable with God. Nouwen told me that Jesus absorbed my shame and fear into his crucified body so that I could become the beloved of God.

I never really believed that God wanted to torture me, but I couldn’t deny that my self-hatred was causing me to live in hell. And my self-hatred and lack of trust in God’s love paradoxically formed the foundation for my narcissistic self-justification. Becoming the beloved of God has been my life journey of moving from self-justification to mercy. It isn’t guilt and rigorous moralism that rescues me from my sin. It’s the safety of discovering that I am unconditionally accepted by God. That unconditional love convicts me and demolishes my hubris more than logic or ruthless criticism ever could.

The heart of Christianity is expressed in Romans 3:23-25: “Since all have sinned and fall short of the glory of God; they are now justified by his grace as a gift, through the redemption that is in Christ Jesus, whom God put forward as a sacrifice of atonement by his blood, effective through faith.” The key question is where we put the emphasis in this passage. Many Christians are focused on our sin rather than God’s gift of redemption. It’s as though the way to “prove” that you have “faith” is to talk gravely enough about your sin, when in fact God’s gracious gift of redemption is supposed to liberate us from trying to prove ourselves to God through dour self-deprecation or any other means.

There’s a tremendous difference between self-acceptance and self-justification. Self-justification is the vigorous, insufferable defensiveness through which I compensate for my self-hatred. Self-acceptance is what happens when I stop trying to prove myself to God and other people. In my spiritual journey, self-acceptance has always been the starting point for spiritual transformation. To accept myself doesn’t mean that I’m completely satisfied with myself. It means that I am safe enough to be honest about my flaws and let God heal me. I just haven’t found myself to grow very much in the seasons of my life when I engaged in obligatory, exhibitionist self-flagellation. The most powerful spiritual transformation occurs when I hear God say to me: you don’t need to do that anymore because who you really are is beautiful.

As a straight cisgender man, I don’t know what it’s like to finally accept my sexuality or gender identity after years of terrified secrecy, guilt, and/or ostracism from my family and peers. But I do hypothesize that the pride that happens in a queer parade is a completely different entity than the spiritual pride of Christians who give themselves the standing to look down on others by saying all the right things about their own sin. If queer pride is the complete trust and safety of publicly owning your belovedness, then it’s actually the opposite of the deadly sin of pride, which refers to the facade of infallibility too many Christians use to cope with their self-hatred.

That’s why I don’t think it’s too far-fetched to wonder if God can use queer pride to teach American Christians how to stop hating and justifying ourselves. Maybe Christians just need to learn how to be fabulous so that we too can become God’s beloved. 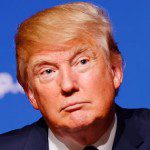 June 25, 2016
The two pivots Trump needs to make to secure the white evangelical vote
Next Post 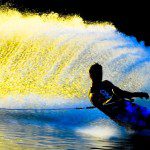 June 29, 2016 When will I walk on water?
Recent Comments
0 | Leave a Comment
"Perhaps the next pandemic cyclic will allow you to rethink your observations based on some ..."
Bob Shiloh Intuition and the Garden of Eden
"Good read, here is another interesting interpretation of the tree of knowledge and the fig ..."
Julie Why Does The Knowledge of Good ..."
"I believe the context has nothing to do with God condemning sin within or upon ..."
Joseph Kuzara How does God “condemn sin in ..."
"It's not about pro-/anti- homosexuality. It is neither your place nor mine to judge who ..."
Marc Wagner Can “Social Justice” Christianity Be Anti-Gay?
Browse Our Archives
Related posts from Mercy Not Sacrifice