I have learned about three police killings of black people in the past 24 hours. I’m angry. I’m devastated. The footage leaves little room for ambiguity. I don’t know what kind of training the cops had. I don’t know what kind of faith background they had. What I do know is that white evangelical Christianity has a toxic conception of authority that shapes how we respond to incidents in which authority figures do evil. It all starts with the cross. Where is God’s authority expressed in Jesus’ crucifixion? How we answer that question determines where we see God in these police shootings and how we understand the way forward.

When Peter preached his first sermon in Acts 2, the first 3000 Christian converts were “cut to the heart” by Peter’s announcement that “God has made him both Lord and Messiah, this Jesus whom you crucified” (Acts 2:36-37). There was no atonement formula in Peter’s first presentation of the cross. There was no talk of an afterlife, judgment, eternal conscious torment, or any of the other things that are so essential to the modern evangelical presentation of the gospel. Peter said simply: You killed your messiah. He showed them the blood that was on their hands and they were wrecked by it.

So where is the authority in Peter’s presentation of the cross? It’s in Jesus’ blood, the most ignoble, fleshly aspect of his incarnation, the opposite of where divine authority is supposed to be located. Jesus has authority not because he’s an all-powerful Zeus sitting in pristine impassible divinity outside of the brokenness of our sin. Jesus has authority because he has absorbed our sin into his flesh. He is the victim of every sin we have ever sinned.

Jesus’ blood on the cross is the most potent expression of God’s wrath. It screams out in its judgment of humanity’s wickedness. This wrath is what cut the hearts of the early Christian converts. They were not terrified by the prospect of being tortured forever by a giant invisible cop in the sky. They were terrified by the magnitude of their sin. They were not moved by anxiety about their eternal self-preservation; they were moved by the need to repent and be made clean.

Not everyone is brought into repentance by the divine wrath that “cuts hearts.” The same expression (dieprionto tais kardiais) is used in Acts 5:33 and 7:54, though it’s translated differently into English. Peter tells the Sanhedrin in Acts 5, “The God of our ancestors raised up Jesus, whom you had killed by hanging him on a tree,” Feeling “cut to the heart,” they want to kill Peter, until the elder Gamaliel talks them out of it.

Stephen says to the council in Acts 7, “Which of the prophets did your ancestors not persecute? They killed those who foretold the coming of the Righteous One, and now you have become his betrayers and murderers.” They are “cut to the heart” by his words, and they stone him to death.

The wrath of Jesus’ blood can either melt us and draw us into the mercy of God (Acts 2:37) or harden us into a defensive rage (Acts 5:33, 7:54). Wrath is the scandalous truth of the consequences of our sin. Those whose hearts are open to the possibility of being wrong can be broken by this wrath and brought to the contrition that David describes in Psalm 51:17 “The sacrifice acceptable to God is a broken spirit; a broken and contrite heart, O God, you will not despise.” The reason it is so dangerous to be a religious authority is because your sense of personal correctness can immunize you against contrition and healing.

So the church today needs to ask ourselves whether we are responding to Jesus’ cross how the 3000 in the Jerusalem temple did or the way the Sanhedrin did. Are we softened or hardened by Jesus’ blood? One way to avoid being confronted by the heart-wrenching authority of Jesus’ blood is to construct a formulaic atonement theory by which Jesus’ victimhood is redefined as the blood payment demanded by a sovereign Father whose only concern with sin is an abstract interest in defending his honor.

It is the ultimate perversion of the cross to replace the authority of Jesus’ blood with the authority of a bloodthirsty God whose abstract need for retribution had to be satisfied. And it makes sense that Christians have been unable to let a crucified man be our God. It’s far too disruptive to the logic of our worldly systems of power to kneel before a bloody, convicted criminal who couldn’t breathe. Much easier to make God just another square-jawed, barrel-chested white man whose authority is his demand for retribution.

If we imagine God to be a cop whose sole concern is being treated with infinite respect, then we will likewise deify every cop who shoots a black man for treating him with less than infinite respect. Consider the way that hell is the most critical piece of the white evangelical gospel. The thinking goes that without the threat of hell, humanity would fall into moral chaos and everyone would run around sinning like crazy. This is analogous to thinking that unless people know that cops really will shoot them, they won’t behave respectfully. So it’s perfectly reasonable for any flinch or eyeroll or failure to submit your body perfectly to be met with an escalation of brutality. Authority is only as valid as the magnitude of the violence it can unleash. That’s the unquestioned premise within the white evangelical understanding of God’s authority which is then transferred analogously to the authority figures of our society.

It may be scandalous to see God primarily as the victim of human wickedness. But it’s a much more potent form of authority. What we see in the bloody images of shooting victims in our social media age is analogous to what happened for centuries when monks stared for hours at bloody crucifixes of Jesus and wept at what their sin had done to him. For most of Christian history, the cross wasn’t a theory or a piece of jewelry, but a very real, physical object used in penitential spiritual practice in order to wound the heart into repentance.

Can Jesus’ cross have the same effect on our hearts today that it did on the first Christian converts? One way to tell is how we are impacted by the innocent victims of our authority figures today. When white Christians see the black victims of police brutality, will we respond with the same repentance as the 3000 in the Jerusalem temple, not one of whom physically drove a nail into Jesus’ flesh? Or will we respond with the same angry defensiveness that drove the Sanhedrin to stone Stephen?

Jesus’ cross cannot save us unless we are judged by it. It’s true that in its strange amalgam of meaning, it’s also the basis for our healing and redemption. But we cannot receive the healing and redemption unless we recognize that we crucified Jesus, which requires understanding that humanity’s sin is a collective mess in which we all contribute and participate. White supremacy is a major part of that collective mess in our society. Every white person participates in it, just like the crowd of 3000 standing in that Jerusalem temple when Peter preached knew that together they had killed their messiah.

Salvation is the softening of the heart. Damnation is the hardening of the heart. Will we be saved or damned when we face the divine wrath of Jesus crucified yet again, whether it’s in Baton Rouge, Louisiana, Falcon Heights, Minnesota, or Fresno, California? How you respond to the assassination of an innocent man by an authority figure says everything about what Jesus’ cross has or hasn’t done to you. 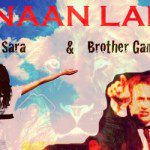 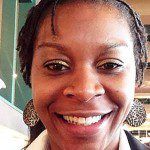 July 14, 2016 Sandra Bland, Franklin Graham, and white male Christian authority
Recent Comments
0 | Leave a Comment
"Thanks so much for reading and sharing!"
Morgan Guyton The Clown (A Poem About God)
"This is rooted in such precious truth of our Lord and who we are in ..."
Anita Grace Brown The Clown (A Poem About God)
"Fantastic blog and devotional. Thanks for sharing."
mike looker Paraklesis: a beautiful word (2 Corinthians ..."
"In any event it is God who wins people, not you. You are not the ..."
Iain Lovejoy My Best Teachers Are People I ..."
Browse Our Archives
get the latest from
Mercy Not Sacrifice
Sign up for our newsletter
POPULAR AT PATHEOS Progressive Christian
1