What if it were safe to be wrong? 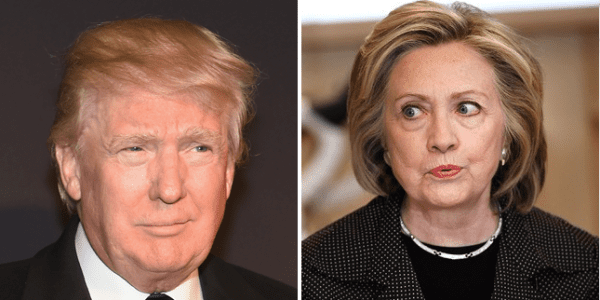 Our political discourse has become entirely satanic. I mean that in a very specific way. The word Satan in Hebrew means “the accuser.” Whereas even eight years ago in our political culture, there was some semblance of pragmatic debate over concrete policy proposals, it’s all gone now. We have plunged ourselves entirely into a postmodern nightmare where deconstruction is the only rhetorical move. Ideas don’t matter anymore, because I can prove that your side is held hostage by a lying fascist idiot crook. Our social media is filled with little satans running around hoping that their accusation will be the one that viralizes. Nothing could be more opposite than the kind of world we’re supposed to be creating as Christians.

The grace that’s supposed to be the defining feature of Christian community is supposed to create a space where it’s safe to be wrong. Nothing is more powerfully authentic than a community where people confess and repent of their sins openly. I’m not talking about melodramatic exhibitionist self-flagellation. There’s a version of confession that’s toxic and paradoxically self-justifying. I’m talking about spaces where people are able and willing to lose arguments graciously. Or when they win arguments, they go back and apologize to the loser of the argument because they’re not sure they were perfectly charitable in how they spoke.

Maybe some churches are still that way. I’ve mostly only found this space in the recovery community. The way that Donald Trump and Hillary Clinton respond to being confronted with their mistakes shows how anti-Christ our culture has become. All of us participate in the wicked discourse of accusation that has shaped Donald Trump, Hillary Clinton, and the rest of our politicians.

Of course Hillary is going to speak in very guarded terms about her email server. Because every Olivia Pope she’s ever employed has coached her into doing so. She could never say she was sorry or mistaken about anything without it being spun into a disingenuous attempt to put out the fire. Nothing she says can avoid digging a deeper hole. The only thing she can do is try to speak in as boring a tone as possible to give the piranhas as little as possible to work with.

Since Donald Trump shoots from the hip and doesn’t listen to his Olivia Popes, the piranhas in the press have a whole lot more fun with him. Of course, he was going to find an adolescent way to retaliate when the Muslim parent of a fallen soldier accused him of never having made any sacrifices in his life. The Democrats knew exactly what they were setting him up to do. It’s so easy and predictable to get Trump to put his foot in his mouth.

Hillary and Donald alike are locked into the misery of self-justification, having the exhausting burden of insisting upon your personal infallibility in all circumstances. This is the misery that Jesus died on the cross to save us from. The tragedy is that far too many Christians have yet to be liberated from self-justification, because they have defined Christian salvation differently. The holiest Christians I’ve known are entirely comfortable being wrong. It’s so disarming and liberating to stand in their presence. So utterly unlike the toxic Christianity where so many Christians spend their lives walking on eggshells and doing their best pious posturing.

Wouldn’t it be amazing if a few public figures in our country finally decided to channel some Brene Brown and admit how confused, flawed, and bewildered they are most of the time? I don’t trust people who pretend to be infallible. I trust people who make mistakes openly, because I can watch them learn from their mistakes openly. I wish that both Donald Trump and Hillary Clinton felt safe being wrong, because then they might be able to get some more things right.

August 1, 2016
How I can relate to Donald Trump
Next Post 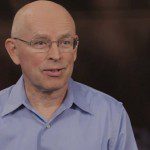 August 5, 2016 Wayne Grudem and the evangelical double-standard of sin
Recent Comments
0 | Leave a Comment
Browse Our Archives
get the latest from
Mercy Not Sacrifice
Sign up for our newsletter
POPULAR AT PATHEOS Progressive Christian
1