It’s time to put the knife down 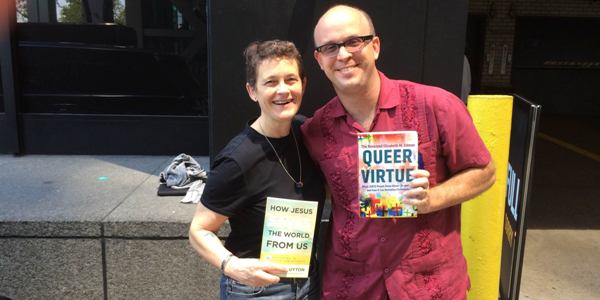 At our joint book event this weekend, Liz Edman read a passage from her book Queer Virtue that makes a powerful analogy between the story of Abraham almost sacrificing Isaac and the relationship between the church and queer people.

God tells Abraham to sacrifice Isaac, and Abraham unquestioningly prepares to do just that. The dramatic tension builds and builds as we wait to see whether Abraham is actually going to do this dreadful thing. At the very last moment, with Abraham grasping the knife, poised to plunge it into Isaac’s small body, an angel steps in to grab Abraham’s arm… Theologian and Old Testament scholar Walter Brueggemann argues that the message of this story has nothing to do with obedience–especially obedience to what appears to be an arbitrarily violent God. The message here is that Abraham has already come to trust God so thoroughly that Abraham knows instinctively that something else is afoot. Brueggemann locates in this story the first human inkling of resurrection.

“Resurrection concerns the keeping of a promise when there is no ground for it,” Brueggemann writes. “Faith is nothing other than trust in the power of the resurrection against every deathly circumstance. Abraham knows beyond understanding that God will find a way to bring life even in this scenario of death…

People struggling under the weight of oppression have long recognized that God is not to be found in the taskmaster who holds the whip… When people who claim to be following Jesus participate in holding that whip, against any group, something is very, very wrong… Our call is to risk unknown consequences in pursuit of what we are supposed to know beyond understanding: that God will bring life, even in scenarios that challenge us to our core…

It is not a surprise that LGBTQ communities have made such progress establishing moral credibility while growing numbers of people have simultaneously dismissed Christian authority as hypocritical and hollow. If you open your eyes to see a young person doing the bold work of naming hir spiritual identity, and you observe a person “of faith” holding a spiritual knife over that young person’s soul, it is impossible not to see that the young person is doing what the church is supposed to be doing: trusting, risking, for the sake of love. This is exactly the moment when the church is supposed to hear the voice of God saying, “Put the knife down. This child is innocent.” If this is a test, it is not a test of the child. Nor, I am convinced, is it a test to see if people of faith will cling rigidly to a few obscure passages of scripture. If it is a test, it is a test of faith, and far too many Christians are failing it.

Abraham’s willingness to sacrifice Isaac makes no sense apart from the promise God had made to Abraham that Isaac would be the source of a great nation. That’s why his act is not blind obedience but rather calling God’s bluff on his promise. So if we make the analogy between their story and the church’s relationship to queer people today, the question becomes: who will grab the arm of the church and stop it from sacrificing its queer children? When I consider all the queer youth who have been thrown out of their homes or committed suicide because of how their parents have been indoctrinated by the church, it’s obvious to me that a grave sin has been committed against them by the church. I believe that part of my prophetic call is to help take the knife away from the church.

Proving your loyalty to (a particular interpretation of) the Bible by rejecting queer people looks nothing like the courageous faith of Abraham. Abraham didn’t have a colossal institution with a sacred book to follow. All that Abraham had to go by was a voice that called him to a destiny he couldn’t imagine. Faith for him was the opposite of submission to an institutional authority figure; it was the willingness to be led out of everything he knew by a voice he knew he could trust without any justification. It doesn’t risk much to simply toe the line of whatever group-think predominates your community. What requires tremendous faith is when you break with your community’s group-think because God has called you to leave all that is familiar and travel to the land he will show you.

Now it’s true that our society has shifted dramatically in its views about queer people over the last three decades. So it’s also true that some communities today have a group-think that makes it unimaginable to reject queer identity. Some Christians interpret this as evidence that our society is rapidly deteriorating in its moral values. But I think Liz correctly names this evolution as an increase in the moral credibility of queer people. We live in a culture that has been forever shaped by the authority of Jesus’ victimhood on the cross. The shadow of that cross is the reason that victims continue to have moral authority. Queer people have been legitimized as their crosses have been made visible. When Christians belittle the moral authority of victimhood, they are denigrating one of the most important legacies of the cross.

After Peter’s first sermon in the Jerusalem temple in Acts 2, his audience was “cut to the heart” by his words about Jesus’ crucifixion. He didn’t tell them they were going to hell if they didn’t convert. He simply told them the truth about the sin that they had committed against their messiah. Many Christians today view being “cut to the heart” as some kind of spiritual weakness against which they should protect themselves. But if Acts 2 is a paradigmatic model for us, then Christian discipleship starts with the wounding of our hearts, not the hardening of them. If our hearts are wounded by the stories of queer people we know, we need to be obedient to that wounding and stop the violence against them.

To have the faith of Abraham is about listening for God’s voice and obeying it rather than always conforming to the boundaries set by your community. The Bible is a resource for helping us learn what God’s voice sounds like. But the living God did not disappear from the world when the biblical canon was established. God is still speaking. And I think he’s telling us to put the knife down. 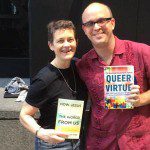 August 13, 2016
My conversation with Queer Virtue's Liz Edman
Next Post 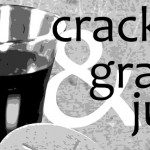 A Straight Christian Mom's Response to...
FreedHearts
Related posts from Mercy Not Sacrifice