It’s against my religion to believe the official report

It’s against my religion to believe the official report September 23, 2016 Morgan Guyton

“His disciples came by night and stole his body while we were asleep” (Matthew 28:13). That is the official report from the Roman soldiers tasked with guarding Jesus’ tomb about Jesus’ alleged resurrection. The claim of Jesus’ resurrection comes to us through unofficial eyewitnesses without any established credibility: filthy fishermen, former prostitutes.

If first century Palestine had a modern news agency reporting on Jesus’ resurrection, they would say, “Roman soldiers report that executed Jewish criminal’s disciples have stolen his body so they can claim that he was raised from the dead.”

The only reason that most Christians today believe the story of the disciples over the official report of the Roman authorities is because the Roman Empire eventually endorsed Christianity and made it official. The church became a powerful institution with worldly credibility. It was the entity which unified the inhabitants of the European nation-states under one common Christendom.

Everything the church said officially for most of the centuries between Jesus’ resurrection and our time was understood to be the absolute truth. Because it had absolute power in medieval European society. It’s a very recent phenomenon for Western civilization to question the infallibility of the church.

But would we believe Mary Magdalene if it was her word against the official Roman report? The disciples didn’t believe her because she was a woman. Would we believe an uneducated fisherman like Simon Peter when he started hollering about it in the local temple?

It would require a very different understanding of authority than most American Christians today have. We’re about as likely to believe unofficial reports from credulous witnesses as we are to worship in a small, struggling congregation instead of the shiny, triumphalist megachurch down the street. We believe people who have power and influence. The more mics they have in front of them when they talk, the more credibility they have.

But if you believe in Jesus’ resurrection, then you have made a choice not to believe the official report. It’s true that the entity that made that official report completely crumbled and lost its imperial power a few centuries later, but during those centuries before popes had fancy crowns and official seals on their letters, Christians relied on the testimony of credulous witnesses like Simon Peter and Mary Magdalene.

So it’s against my religion to believe the official report. I need to see more. I need to see where the gun was purchased that was (found/planted) next to Keith Scott. How do I know that it wasn’t scooped up in a drug bust the week before? I need to see that the ballistics report on the bullet that killed Justin Carr did not correspond to a police-issued gun. I don’t default to trusting the testimony of people who have a vested interest in covering up their mistakes over the testimony of people who just happened to be standing close by.

That’s just my religion. You’re free to practice yours. 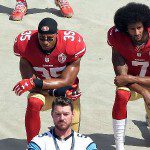 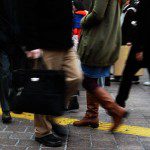 September 27, 2016 To the ones who never say yes
Recent Comments
0 | Leave a Comment
""Years ago I recognized my kinship with all living beings, and I made up my ..."
ChristianPinko “All People Are Holy”: The Theology ..."
"That's beautiful."
Timothy Swanson My Light Blue Pink Messiah (a ..."
"As long as you believe in some uber demon you will always be fearful of ..."
JD Satan As The Virus of Enmity
"Mrs. Smith? Sorry, can you tell me what that means please? I'm not much of ..."
Malissa “All People Are Holy”: The Theology ..."
Browse Our Archives
get the latest from
Mercy Not Sacrifice
Sign up for our newsletter
POPULAR AT PATHEOS Progressive Christian
1