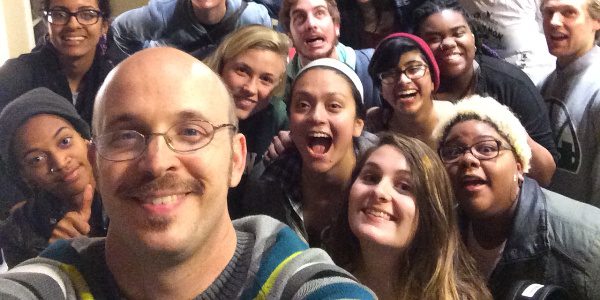 It’s funny because getting pushed out of IV student leadership my second year in college is one of the main reasons I’m a campus minister today. When I was nominated for our IV chapter exec team that year, I was asked to sign a covenant which included my agreement with the inerrancy of scripture. I was just going to sign it, but my housemate told me he would call me out if I did, because I believed in evolution. So left IV and began a journey that included my salvation from toxic evangelical theology by a gay Methodist church two years after I graduated from college.

There were a lot of good people in IV. My first year small group leader who become our chapter president is still one of my most important role models as a pastor. Evangelicalism doesn’t have to be the toxic, white supremacist, culture war voting bloc that it’s become in our society. So much of evangelicalism is simply about genuine passion for God’s truth and love. That’s why a group of progressive evangelicals are gathered in Indianapolis this week at the OPEN Faith conference to try to figure out an authentic way of living out our evangelical identity without the toxic idols that have become such huge stumbling blocks.

And one of our dreams is to build an inclusive evangelical campus ministry network. We were just talking about this today before the IV story broke. Inclusivity is so much more than simply accepting LGBTQ people. It describes an understanding of the purpose of Christian holiness. For too many Christians, holiness is understood in terms of avoiding taboos legalistically rather than seeking spiritual fruit through mystical ascetic practice.

The reason that I seek to purge my heart of the world’s idols is so that I can be radically hospitable to all people. I believe that Jesus’ call to take up my cross and follow him means to renounce my comfort and status to walk with the world’s crucified. Christian holiness as modeled by Jesus has the goal of solidarity, not sanctimony. So inclusivity does not amount to a sort of vapid tolerance of sin. I yearn to be liberated from all of my sin, not because I’m putting on a show of piety for a perfectionist God, but because I want to become a perfect vessel of the unconditional love that he has shown me.

So what does this look like in a practical sense in a campus ministry? Well, one thing we did to be inclusive on our retreat last weekend was to go non-binary with our cabins. We have some people in our group who fall outside of the gender binary of male and female, so we decided to split our cabins between those who go to bed early and those who stay up late. That meant that men and women and non-binary people slept and went potty in the same space. And guess what? It completely wasn’t a big deal. Nobody had sex in the dorms or the bathrooms. We just slept and went potty. And told stories and laughed. And played games.

We talked about how to find your voice like Moses found his voice after being a child of slaves who was adopted by royalty and exiled into the wilderness. Moses had some major intersectionality in his identity. And he didn’t want to be a prophet, but God said too bad, I’ve anointed you. I told my students that God has called each of them to be a prophet in the sense that each of them has a word from God to share with the world that only they can share. We did some spiritual practices to try to learn how to listen to God. We read a whole lot of Bible. We shared communion. Everything about what we did would have been completely in line with an InterVarsity retreat except for our non-binary sleeping and pottying arrangement.

I don’t know of any other openly inclusive campus ministries in the state of Louisiana. It’s time for us to build a network so that we can encourage one another and deepen our theology together. We desperately need to find some generous donors who are passionate enough about inclusivity that they will provide a new foundation of support for inclusive campus ministry. There is not a more critical time for peoples’ faith journeys than the college years. How many thousands of students are now going to leave InterVarsity and perhaps Christianity altogether because of this new witch-hunt? We have alienated millions of people in our society with these stupid culture wars that have done nothing to build the kingdom of God. 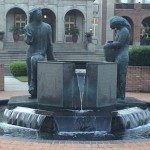 September 29, 2016
How do you teach thirst at a school where everyone drinks?
Next Post