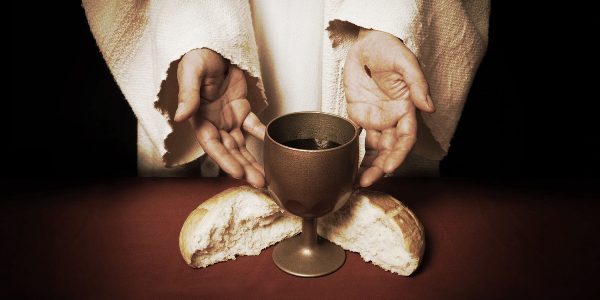 I’ve found myself at a loss for words lately. I’m so fatigued by this presidential election. I’m very conflicted about what I’m supposed to say and what I’m supposed to share online. I’m trying to listen to the still, small voice, but usually the arrogant self-righteous voice wins most of the arguments in my brain. Four years ago, I was very vocal about promoting Election Day Communion as a means of transcending our partisan differences to be one body of Christ and heal together on the evening of Election Day. This year, I’ve been dragging my heels. Because I don’t want to be glib about the prospect for “church unity” and “healing” amidst the real darkness that is at work in our society and especially within the church. There’s something very true and legitimate about the way that Roman Catholics refuse to pretend that the church is not in a state of schism by refusing to partake in the sacraments ecumenically.

Right now, Election Day Communion is mostly a Mennonite effort, perhaps because Mennonites are the Christians who are mostly stubbornly committed to embracing the impotence of true Christian witness amidst the cacophony of “prophetic” memes and think-pieces from clashing gongs like me. I fancy myself a prophet. I’m sure that I can prove how Donald Trump is the byproduct of the toxic thinking of the Christians I define myself against. I thank God that I’m not like those toxic Christians. But then I look at this image of Jesus with nail-holes in his hand offering the same bread and wine to heal me of my toxicity that he offers to the people I think are toxic. And I want to live in the world where his body and blood can actually heal the nations.

So I’m doing Election Day Communion this year. I don’t think I’m going to invest a lot of effort into writing a liturgy that somehow rises above everything and says exactly what needs to be said perfectly. Because I don’t know how to say what needs to be said. I think I’m just going to use the standard liturgy in the United Methodist hymnal. Somehow I need to say words that don’t change to remind me that God’s kingdom is eternal, no matter what screaming controversies are metastasizing through social media. It brings to mind Psalm 46:1-2: “God is our refuge and strength, a very present help in trouble. Therefore we will not fear, though the earth should change, though the mountains shake in the heart of the sea.” Maybe we’ll read Psalm 46.

I need to be reminded that the kingdom I belong to is eternal and neither Donald Trump nor Hillary Clinton can blow it up. There is of course a very toxic, privileged way of understanding this. Many Christians excuse themselves from taking up their crosses in solidarity with the marginalized by saying, “This world is not our home” from the comfort of their air-conditioned houses. Reclaiming our heavenly citizenship through communion is not about escapism; it’s about anchoring ourselves in a hope that doesn’t make any sense so that we have the strength to keep marching in the streets here on Earth.

It doesn’t make any sense to believe that our country could ever lose its political dysfunction. The most likely outcome of this election is four years of continuous scandal and turmoil as a Republican-dominated Congress seeks to delegitimize, impeach, and imprison a President Hillary Clinton. The ugly is not going to go away. The fevered pitch of our culture war will only grow shriller until it provokes something tragic enough to bring all of us to our knees in repentance. The sublimated wrath of our society needs to explode in a substantial and hideous enough way that the pundits are tongue-tied and there’s enough universal shame and grief that no talking points or hashtags are possible. At least if our country’s social chemistry follows the patterns of most other civilizations throughout history.

But God has already provided us with a scapegoat. Jesus is already absorbing all of our self-righteous rage into his body on the cross where he never stops being crucified. The true Christians are those who don’t need another scapegoat because they’re letting Jesus pay it all as they crucify their self-justification and embrace the freedom to be wrong. None of these are the words that fix everything. Hawaiian rolls and grape juice won’t fix everything. But they’re the simple tools we’ve been given by Jesus. I don’t know what they can do to change our country, but I do believe in Jesus.

If you want to join in Election Day Communion, it’s not rocket science. Just buy a Hawaiian roll and some grape juice and invite your church to gather on the evening of November 8th. You don’t even have to print a special bulletin or prepare any special music. Just open up your hymnals and go. The Catholics do a no-frills communion service every weekday morning.

Let the website know you’re doing it so that people in your area can come. I’m sorry I dragged my heels for so long in promoting this.

October 17, 2016
Christian spirituality for a non-Christian audience
Next Post 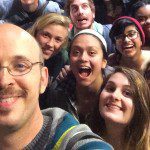 October 26, 2016 I'm tired of auditioning to be your pastor
Recent Comments
0 | Leave a Comment
Browse Our Archives
Related posts from Mercy Not Sacrifice