My ashes are my promise to resist sin (Ezekiel 9:4) 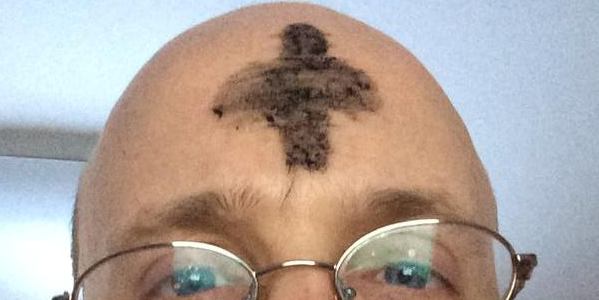 It’s no secret that the mainline church would prefer not to talk about sin. That’s how the ashes we put on our foreheads on Ash Wednesday came to be about “mortality” instead of sin. So we spend the day “contemplating our mortality,” whatever that means. But when the Hebrew prophets covered themselves in ashes and sackcloth, they weren’t philosophizing about death. They were lamenting their sin and the sin of their society. Ezekiel 9:4 offers a different vision for what Ash Wednesday could signify. God says, “Go through the city, through Jerusalem, and put a mark on the foreheads of those who sigh and groan over all the abominations that are committed in it.”

If we follow the model of Ezekiel 9:4, Ash Wednesday is a day of collective lament and repentance. We do not wear ashes as morally superior judges who look down on the rest of society. Neither do we wear ashes as a private act of contrition. Our ashes indicate our owning responsibility for our share of the world’s injustice and our refusal to accept the world the way it is. It is the symbolic reaffirmation of our baptismal covenant in which we pledge to “renounce the spiritual forces of wickedness, reject the evil powers of this world, and repent of our sin” which in turn allows us to “accept the freedom and power God gives us to resist evil, injustice, and oppression in whatever forms they present themselves.”

Repenting of sin and resisting injustice are two different ways of talking about the same thing. Unfortunately, they’ve been turned into a false dichotomy in the American church. Conservatives privatize sin while liberals rail against society’s injustices. But the ancient church made no such distinction between sin and injustice. Sin is the unjust disordering of God’s creation generated by billions of selfish deeds. The most important teaching of Romans 1 is that idolatry causes injustice, because idolatry corrupts our souls and our societies so that the marginalized get crushed. You cannot separate personal greed in the US from the consequences it creates for sweatshop workers in Indonesia. You cannot separate the debauchery of Hollywood from the pressure of the profit motive that drives it. All of these things belong to the fallen world order of sin.

These spiritual forces of wickedness are what the New Testament calls “the world” when it uses the term in a negative sense. James 4:4 says, “Friendship with the world is enmity with God.” Now the way that many Christians are sneaky is by defining “the world” as something they have never belonged to. When you define the world as “Hollywood liberals,” you give yourself permission to live according to the world’s rules of ruthless greed and power as long as you don’t have sex outside of marriage. When you define the world as “Wall Street,” you give yourself a different range of sinful license. The truth is that the church itself has become extremely worldly. The ancient church fathers would cover themselves in sackcloth and ashes in response to the degree that our church have been compromised even and especially by people who are the most vocal about eschewing worldliness.

So when we put ashes on our forehead, we are repenting as the church for the sins that the church has committed. The most problematic part of the Roman mass is when the priest says, “Look not on our sins but on the faith of your church.” I get the intention of this statement, but the church does sin as an institution. It sinned when it protected pedophile priests just like it continues to sin when it attacks marginalized people. The abominations that we mourn as a church are committed both inside and outside of our walls. We do not stand over the world in moral superiority; we stand beneath the world knowing ourselves to be its chief sinners.

So these ashes that I will wear today are my promise to resist evil, injustice, and oppression in whatever forms they present themselves, which refers to my own greed, lust, pride, and envy as well as the ugliness in the world around me. The church’s primary posture towards the world should be penitence rather than judgment. We do reject evil but we do so knowing that we are entirely complicit in it.

Resist. Repent. The kingdom of God is at hand.

Would you like to detoxify your Christianity this Lent? Please check out my book How Jesus Saves the World From Us or follow our Facebook livestream for #DetoxifyChristianity on Tuesday nights at 9:30 pm EST.

Campus ministry is the front lines where the church’s future is being determined. Many Christians lose their faith when they go to college. Will you support a campus ministry that lives by the four principles of open table, safe space, changed lives, and transformed world? Please become our monthly patron or make a one-time contribution. 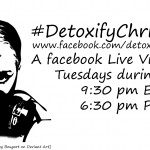 March 3, 2017 Detoxify Christianity: A FB Live Video Series for Lent
Recent Comments
0 | Leave a Comment
"Fantastic blog and devotional. Thanks for sharing."
mike looker Paraklesis: a beautiful word (2 Corinthians ..."
"In any event it is God who wins people, not you. You are not the ..."
Iain Lovejoy My Best Teachers Are People I ..."
"agreed."
Brandon Roberts Celebrity-Driven Church Is Not Safe For ..."
"OK Morgan. Wow. "Grand inquisiting?" "Owe it?" It's your blog post to resource academically. You ..."
Randy Starkey “All People Are Holy”: The Theology ..."
Browse Our Archives
get the latest from
Mercy Not Sacrifice
Sign up for our newsletter
POPULAR AT PATHEOS Progressive Christian
1