Is your church going to replace Medicaid?

In announcing the Trump administration’s proposed budget this week, White house budget director Mike Mulvaney said two different things that were very revealing. He talked about the importance of requiring jobs for recipients of Medicaid for the sake of their moral betterment and he bragged about the hundreds of billions of dollars that the federal government was going to save on Medicaid in the future. In other words, he made it very plain that the purpose of requiring jobs was to save money by taking peoples’ health care away. The jobs requirement serves the purpose of a moralistic smoke screen. People who get their health care cut off for being unemployed can be denigrated as “lazy freeloaders.” It’s the signature ideological move of the Reagan age: make poverty a moral failing in order to justify slashing social services.

Another talking point of the Reagan age is to say that the church should take care of sick people instead of the government. Hmm… Really? How many churches do you know that have MRI machines in their basements? How many have social workers and nurse practitioners as paid staff? How many have run capital campaigns to build free health clinics on their property? There are plenty of feel-good stories about families raising thousands of dollars from their churches on GoFundMe. But what about the millions that it costs to take care of really sick people who not only can’t work but require a family member who doesn’t work to provide full-time care? What about dialysis? What about chemo? What about mental illness?

I used to work in a moderately large church with a million dollar budget where I had to field calls and visits from poor people. We actually developed a script we used to respond to them. They would always ask, “Can I speak to a pastor?” in order to get past our gatekeepers. As a pastor, I was instructed to pray with them but not to give them any money so they wouldn’t go out and tell all their friends they’d found a church where they could get money. We’d gotten burned by confirmed scammers in the past, so we had to be careful.

I had no way of adequately vetting a person asking for help. I didn’t have the training. So I moralized it in my mind. If they were coming to us, it was because they hadn’t done their homework and gotten a case worker with the county. That was the question we were supposed to ask. Do you have a case worker with the county? If they said no, it meant that they weren’t vetted and it was probably a scam. If they said yes, then their case worker was the person they should have been asking for help. So either way, our response was the same: give them a grocery sack packed with cans of baked beans. And then report back on the number of grocery sacks we’d given away every quarter to celebrate our missions program.

It was an easy way to get out of difficult conversations without feeling guilty. Because we were way under budget in our giving and didn’t have any money to spare. We weren’t about to fire one of our staff-people so that we could pay somebody’s medical bills knowing they would have the same medical bills they couldn’t pay a month later and would come back.

A million local congregations with million dollar budgets will balk at every poor person who comes to them asking for money whether it’s for rent or food or hospital bills or something else. And it doesn’t feel cruel or selfish to do so. The assistant youth director’s salary is more real to us than the bottomless pit of need that we see in the eyes of every poor person who comes to “talk to the pastor.” It makes a lot more sense to invest money in the audiovisual equipment, building renovation, and even the new parking lot expansion that will attract and retain visitors rather than throw thousands of dollars into the black hole of poverty. That’s not greed; it’s having solid evangelistic priorities.

There are some churches that actually do a lot of work with poor people. But I don’t think very many are equipped to offer a full service medical clinic. And I know that the way I personally dealt with my impotence and inadequacy to help poor people was to moralize their situation in my mind so that it was somehow their fault. It’s such an automatic response to the guilt of facing them. What’s cruel and cynical is to say the church should take care of the poor, not the government, and then tell the poor people who come to your church that they should have asked the county for help.

I think it makes the most sense for churches to focus on what churches do well and let people who are trained in social work and public health manage Medicaid and other social service agencies in an environment that isn’t going to be warped by the needs of profit-making or marketing to raise money. Churches can provide loving communities that embrace people and walk them through life. We can help facilitate the character transformation that everyone needs, rich or poor. We can and should encourage our members to serve in the community in relational and community-building ways, but we shouldn’t pretend that what we’re doing is in any way a substitution for the social services that also need to be provided by trained professionals.

But if you think Medicaid is evil government bureaucracy and your church could do better, then I’ve got a few questions for you. Have you already met with your pastor to talk about chairing your church’s capital campaign to build a free health clinic? How many doctors, nurses, social workers, and counselors will need to be hired for this health clinic and which church staff do you think can be let go to make this substitution? How many thousands of dollars are you willing to take away from your retirement and/or your kids’ college tuition to pay for this health clinic? How many weekly hours are you planning to volunteer at this health clinic? Have you talked to your boss about the time you would need to take off work in order to take this on?

Ideology is so much easier when you don’t have to deal with the details.

Support our campus ministry NOLA Wesley as a monthly patron or one-time donor! 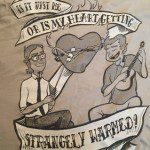 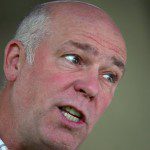 May 25, 2017 Greg Gianforte is what toxic Christianity looks like
Recent Comments
0 | Leave a Comment
"Phyllis Tickle's 500-year cycle is occurring as we speak. The mega-churches are melting. The mainline ..."
Marc Wagner Why I Still Call Myself A ..."
"As it turns out, Paul was a catalyst for me as well. Grace through Faith. ..."
Marc Wagner Why I Still Call Myself A ..."
"I am surprised that you think the values you lift up only apply to conservatives. ..."
Jim Schmick The Conservative Insight I Cannot Reject
"What you fail to realize is that the globalists are the destroyers of the earth! ..."
Gina Beth Romero The fate of “those who destroy ..."
Browse Our Archives
Related posts from Mercy Not Sacrifice