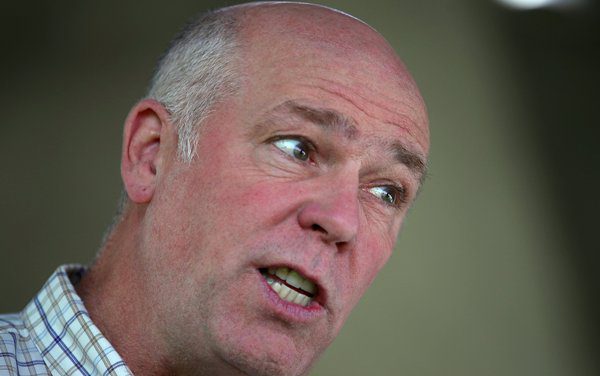 “It would be one thing for a candidate to throttle and hit a reporter, but to do so in the presence of other journalists, in this case a crew from the Fox News Channel, is just plain reckless.” This beautiful quote came from Chris Stirewalt, Fox News’ politics editor, about Greg Gianforte’s assault on a newspaper reporter the night before his special election in Montana. In other words, next time, don’t body slam the guy when our Fox crew is in the next room. It’s super awkward. Even if you win the election anyway.

I’m not sure what to say about Stirewalt’s incredible cynicism except that we’re becoming more like Russia every day that Donald Trump is president. Maybe by the end of his term, reporters’ bodies will be turning up in dumpsters. And honestly it really isn’t hyperbolic anymore to say that.

White rage is being restored to pre-civil-rights-era norms. We forget that this kind of physical violence was completely normal in our nation’s past as long as it was administered according to the terms of the social and racial hierarchy. For the most part, a gentleman did not hit a gentleman. That would be scandalous. But a rich white guy could hit a poor white guy. And white people could hit black people. That’s what we’re returning to. In Commerce, Texas, a local police chief arrested the 2016 Miss Black Texas and called her a bitch for going around his car that his 14 year old daughter was driving illegally. When Trump said that he could go out on Fifth Avenue and murder somebody in broad daylight, he didn’t realize that he was prophesying about the way that white men in positions of authority are regaining their right to do anything they want.

It is now perfectly acceptable for white billionaire congressional candidates to assault journalists. The local sheriff who gave money to Gianforte’s campaign had to charge him with a misdemeanor, but he didn’t put any handcuffs on him. Because he’s a white billionaire. And you don’t put handcuffs on white billionaires who are running for Congress. He just has to show up at court between now and June 7th. Would any black person in this country who was charged with assaulting somebody ever be given that kind of treatment? Just stop by the courthouse and say hello when it’s convenient over the next two weeks. Has that ever happened before with an assault charge?

Greg Gianforte is not just an average right-wing thug. He’s a fundamentalist Christian activist who funded the creationist Dinosaur and Fossil Museum in Glendive, Montana, which “proudly presents its exhibits in the context of biblical history,” showing human interactions with dinosaurs and things of that nature. Gianforte is also on the board of the Association of Classical and Christian Schools. In a 2015 address to the Montana Bible College, Gianforte said that the concept of retirement isn’t biblical because Noah worked on his ark when he was 600 years old.

Greg Gianforte is what toxic Christianity looks like. It’s white nationalism wrapped in a tokenistic use of the Bible and sexual puritanism that justifies the patriarchal defense of white women’s purity. This is what it’s always been about, even for the past four decades that it pretended to be about family values. Family values is about returning to the social order in the good old days when everyone knew their place before the social chaos that came from the civil rights movement. Toxic Christian churches are very upfront about the primary solution they offer to our country’s social problems: put white men back in charge. And if it takes a little body slamming to get there, so be it.

But the ugliness of toxic Christianity is being laid bare for the whole world to see. This seems like the moment in Pinocchio when the boys on Pleasure Island are almost all the way transformed into donkeys. Five years ago, I prophesied that the American church was being exorcised in the same way as the Gerasene demoniac in Mark 5. Our demons are being cast into a herd of pigs that are racing furiously down a cliff to throw themselves into the lake of fire. The demonic pigs of 2012 were so tame compared to the demonic pigs of 2017. I’m just waiting for the part where they finally throw themselves off the cliff and the church wakes up in its right mind.

It’s not just something unlikely happened so that proves there was a miracle. Being offensive has become the primary mark of Christianity for Graham’s tribe after decades of Christians defining themselves by their rage against political correctness. It was just something to write blog posts about when the white rage was confined to the internet. I’ve wondered for the last few years when it would cross over into open physical violence. Now that it has, will this violence become normal like it is in so many other countries? The irony is that the American exceptionalists are the ones who are pushing our democracy to the brink, while the ones who are the most critical and skeptical about America are jumping up and down screaming saying this can’t become normal because America is not supposed to be this way.

I don’t know to what degree God controls the outcome of presidential elections, but I do know that he exposes sin. When the founder of a creation museum and national Christian school network board member punches out a newspaper reporter, something is being made clear about a type of Christianity. The apostle Paul said that we can speak in tongues all day and come up with perfectly biblical expressions of theology, but if we lack love, it’s all worth nothing.

Unsurprisingly, Gianforte has won the election in spite of his thuggery. How long will toxic Christianity keep winning? Will it burn our country to the ground? I just want to live to see the age of whatever succeeds the Reagan age of American Christianity. Or else I want Jesus to come back and tell Greg Gianforte, Franklin Graham, every racist Texas police chief, and every other hateful white Christian man in our country to kiss his ass.

Support our campus ministry NOLA Wesley as a monthly patron or one-time donor! 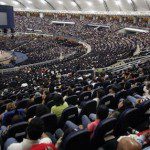 May 25, 2017
Is your church going to replace Medicaid?
Next Post 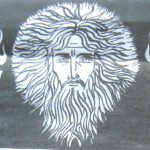 May 31, 2017 I want to be all flame
Recent Comments
0 | Leave a Comment
"Phyllis Tickle's 500-year cycle is occurring as we speak. The mega-churches are melting. The mainline ..."
Marc Wagner Why I Still Call Myself A ..."
"As it turns out, Paul was a catalyst for me as well. Grace through Faith. ..."
Marc Wagner Why I Still Call Myself A ..."
"I am surprised that you think the values you lift up only apply to conservatives. ..."
Jim Schmick The Conservative Insight I Cannot Reject
"What you fail to realize is that the globalists are the destroyers of the earth! ..."
Gina Beth Romero The fate of “those who destroy ..."
Browse Our Archives
Related posts from Mercy Not Sacrifice