Why True Christianity Is Anarchist 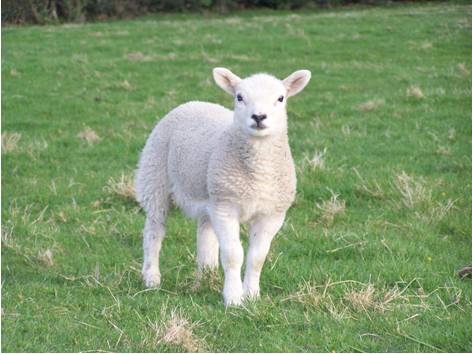 I wanted to take a few moments to talk about anarchism since Donald Trump has predictably tried to scapegoat anarchists for “riots” and “looting” in an attempt to take back control of the national narrative around white supremacist police brutality in our country. I should first of all concede that no two anarchists are the same. There are anarchists who believe in using physical violence strategically; I don’t. My anarchism is entirely intertwined with my Christian faith.

The one basic common denominator of anarchism is a mistrust of authoritarian systems such as the institutional church, the criminal justice system, technocratic bureaucracy, and standardized-testing-based education. These systems not only allow people to build power for themselves corruptly; they also behave inefficiently since they compel work through coercion rather than inspiring spaces of curiosity, co-creation, and belonging. Anarchists believe that people should be maximally empowered to make the decisions that effect their lives. To an anarchist, localized direct democracy is the purest political system. On a spiritual front, I believe that anarchism provides an antidote for understanding the Christian faith that can address and correct its heretical colonial behavior of past centuries.

So what does anarchism have to do with Christianity? I believe that Jesus’ true authority is derived in his helplessness on the cross and that this helplessness is actually God’s chosen continual posture towards the universe, which theologians call kenosis or “self-emptying.” Divine authority is utterly anti-authoritarian in that God wants to inspire our obedience through nothing other than love. The power of God’s love is undermined when it is conflated with institutional, punitive power. When missionary conquistadors for centuries offered baptism or death to native peoples, they perverted the gospel utterly. An obedience that is rooted in fear of punishment does not belong to the God who inspired John to write “there is no fear in love for perfect love has cast out all fear.”

Some strands of Christianity undermine the radical message of Jesus’ cross by essentially canceling out Jesus’ helplessness through the heavenly Father’s omnipotence. They turn the cross into an act that the Father inflicts on the Son rather than the Triune God’s self-sacrifice and embrace of humanity’s rejection. To me, the cross is God’s purest self-revelation as a creator who allows himself to be continually crucified by his creation.

If God were the fascist imperial general that certain strands of Christianity make him out to be, there would be no basis for actual love in our response to God. We would simply serve God for the same reason that Kim Jong Un’s officials give him two-hour long standing ovations. When I read R.C. Sproul’s The Holiness of God and John Piper’s Desiring God, it seems to me that the authoritarian God they describe is essentially a Kim Jong Un.

Authoritarian Christians have plenty of biblical proof-texts to support their view. It just depends on how you put together the God who strikes Uzzah dead for touching the Ark of the Covenant with the Jesus who lets the Romans crucify him. If the God who strikes Uzzah dead does not directly experience Jesus’ helplessness but imposes the cross on Jesus instead as part of his absolute control of everything, then what we’re really dealing with are two Gods with two different natures even if we affirm otherwise.

Authoritarian Christianity seems to have embraced the premise of the heretic Marcion with the only difference being that it delights in the very thing that horrified Marcion and made him want to cut the Old Testament out of the canon. In a theology that bifurcates the Father and Son against each other and allows kenosis to only one of them, the Trinity is not actually one God.

When we worship control, we project a radically controlling God onto the biblical text even though Genesis 3 shows us that the lust for control is the very source of our original sin. Lucifer the ancient serpent stands at the tree of knowledge of good and evil and offers to give us a means of playing God and lording over other people. What most Christians have missed for centuries is that it’s actually the Bible teachers and systematic theologians who have continually played the part of Adam and Eve and engorged themselves on the fruit of knowledge.

To authoritarian Christians who worship control, the sin of Eden has nothing to do with the nature of the fruit God was trying to protect us from. They make the sin into a historical quirk that only has to do with disobedience and nothing to do with the serpent’s promise to Adam and Eve to make them like gods. To an anarchist Christian, the sin of Eden is the lust for control that the serpent’s voice articulates. I see Eden’s story as an allegory that gets played out every time a Christian Bible teacher (or any other human) uses knowledge to accrue power for himself.

It continues to amaze me how perfectly authoritarian Christians today emulate the Bible teachers in the gospels who hated Jesus so much because they wanted to be right above all else. Jesus did things that were incorrect on purpose to confound them and to clarify important truths. None of the people he healed on the Sabbath in the middle of worship services had life-threatening conditions that required immediate attention. They really weren’t oxen who had fallen in ditches, despite his protests. He had to do what he did to overthrow the notion that worship is primarily about correctness rather than delight. Jesus was handed over to the Romans to be crucified by the chief priests of his religion for behaving like a spiritual anarchist with their sacred rules.

It’s possible if the white authoritarian Christians continue to have the power that Trump thinks they have, then anarchists like me will be politically scapegoated and persecuted particularly if the rage in the streets boils over to new heights and the social order is actually threatened. Our democratic freedoms will wilt like the most fragile of flowers if the market actually starts to be impacted by the street protests.

To be clear, I have no intention of inflicting violence on anyone or anything. I’ve got way too much to do in my garden. I’m not going to say that people who do such things are not real anarchists, but my vocation as an anarchist is to overthrow the dehumanization of our world through my words rather than through chucking bricks into windows. I’m not sure I can completely condemn the brick-throwing however. Perhaps it has a place in making the current social order entirely untenable so that we are forced to change. But it’s certainly not my vocation as someone who worships a slain lamb who is in the process of overthrowing Satan’s world.