Why you should read my dad’s blog

I dedicated my book How Jesus Saves the World From Us to my dad because he’s the smartest man I know and he taught me how to think. He’s the best conversation partner I’ve had over the years even though I was a complete jerk to him for about a decade of smarmy young adulthood. I wanted to share a few links from my dad’s blog because I really want to see his platform grow. It’s got a weird quirky name Searching for GSOT (the Grand Scheme of Things) because my dad’s a cross between a late 19th century pragmatist and a mid 20th century existentialist. But he’s got some brilliant things to say just like other late 19th century pragmatists and mid 20th century existentialists do.

Philosophically, my dad finds himself in battle against the logical positivism of the scientific world where he has spent his career as a medical researcher and against the fundamentalism of the Southern Baptist world where he has spent most of his adult life as a Sunday school teacher. This leads him to establish five basic rules for philosophy:
1) Every sentence is first person.
2) The overarching viewpoint is not allowed.
3) Unless something makes a difference in somebody’s disposition to act, then it makes no difference.
4) Break these rules.
5) Return to the rules.

One of my favorite series of posts was a series of reflections he did recently on what it was like to be a white boy growing up in Mississippi amidst the racial upheaval of the sixties. In Neighbors and Family, he reflects on his relationship with Katie Mae Wilson, his grandfather’s black housekeeper whose daughter Elsie became a college professor. In Ole Miss and James Meredith, he talks about his time at the University of Mississippi and the role of the Methodist campus ministry there improving race relations after the integration of the campus. In Reflections on Race, he ties it all together. What I respect the most in each of these posts is his transparent honesty about where he fell short as a white man in his interactions with black people.

He also did a fascinating blog series on his grandmother’s time as a Methodist missionary in China. My great-grandmother Kate had been engaged to my great-grandpa Billy. They somehow managed to keep the engagement going through 5 years of separation despite a prank that Billy’s cousin played. He mailed Kate a clipping of the gossip column of the Ole Miss newspaper that he had secretly planted in which he said that Billy had been flirting with another woman. Kate sent a furious letter to Billy breaking off the engagement, but they were able to figure out within a couple of months that the prank had occurred. The original plan had been that Billy would join Kate in the mission field after he finished medical school, but Billy’s father badgered him into returning to Mississippi where he established an ophthalmology practice in Oxford. Kate forgave Billy’s dad for sabotaging her life dream, but she never joined him on Sunday afternoons when he would drive to visit them.

Another biographical sketch my dad went through was the story of my grandmother’s parents, Luther and Clara Weigle. Luther was the dean of Yale Divinity School. He wrote a book called The Pupil and the Teacher that was foundational for the early twentieth century Sunday school movement. My dad looks in depth at a lesson from The Pupil and the Teacher entitled “The Will.” It contains a fascinating reflection on feelings in an era when cold rationality was idealized:

A person who lacks feeling, even were his or her will strong enough without it, lacks the highest maturity.  The ideal of the stoics is as untrue as it is unlovely.  They sought to look at the world of things and people calmly, dispassionately and impersonally.  Feeling, they thought, but clouds the vision and brings turmoil to the soul.  A person ought to be purely rational, with a mind that Huxley called a perfect “logic machine.”  And so one might well be, if living alone, the only person in a world of matter, with only the problem of comprehending impersonal forces, and only the aim of managing them.  But our world is not such.  We live with other persons.  Life’s real problems are social; its true values are those of personal relationship.  Even a God who was absolutely alone would have nothing to live for.  We need feeling, therefore.  It is the link that binds one person to another, the fire that warms an otherwise dead and cheerless world.  Without it, one might understand things, but could never live with and for persons.

There’s a whole lot of rich beauty on this blog. It’s way more thoughtful than many of the reactionary things that I write. Plus, my dad has it all organized according to an index, a 20th century concept which is really quite useful. You might have to think a bit so be prepared for that, but I think it will be beneficial to you both spiritually and intellectually. Happy Father’s Day, Dad! Thanks for being my favorite genius.

Help us reach our goal of 100 monthly patrons for our campus ministry NOLA Wesley! 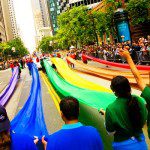 June 16, 2017
No, Alcoholism and Homosexuality are Not Analogous
Next Post 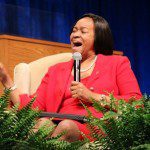 June 19, 2017 My bishop whoops when she preaches
Recent Comments
0 | Leave a Comment
Browse Our Archives
get the latest from
Mercy Not Sacrifice
Sign up for our newsletter
POPULAR AT PATHEOS Progressive Christian
1