Atonement is the centerpiece of Christian theology. It’s a compound word that literally means what God does through Jesus’ sacrifice on the cross to rescue humans from our self-alienation and make us “at one” with him. In other words, atonement describes how God removes our fear and shame so that we can face him with peace and integrity despite being sinners in a sinful world.

There’s been a lot of argument about atonement in recent years, particularly around descriptions of atonement that make God look like a bloodthirsty, angry tyrant. What frustrates me to no end are Christians who seem to enjoy making Christianity more contentious than it has to be, which pushes so many good people away. So I wanted to write something very basic about how to understand atonement for people who are going to stop reading if I use seminary words like “penal substitution” or “Christus victor.”

The most important thing about Jesus’ cross is that it’s the place God provides for sin to be destroyed. When I say sin, what I mean are things I do that cause harm, or injustice, and things I do that make me harmful, or idolatry. Injustice is more obviously sinful than idolatry, which just means worshiping something other than God like drugs, money, sex, or power, which in turn makes us toxic people.

The power of sin lies in its aftereffects. It creates blame and guilt. These in turn destroy our ability to be honest and peaceful. The impact is cyclical and cumulative. I sin because I have been sinned against by others and because I am defiant and resentful about the consequences of my prior sins.

Our world is not only filled with the direct impact of harmful behavior but more importantly with a complex suffocating spiderweb of blame and guilt that increasingly controls our behavior like puppet strings. When the Bible talks about sin, it’s not just talking about our individual mistakes but the colossal spiderweb of toxic power dynamics and broken relationships that are the cumulative residue of billions of peoples’ mistakes.

What Jesus does by dying for our sins on the cross is to say, “Stop blaming each other! Blame me so I can set you free from blame.” To accept Jesus’ sacrifice for my sins and the sins that others have committed against me means that I renounce the blame and guilt that poisons human community. I put my shame and resentment on Jesus’ cross so that I can live as a person who is unafraid to admit my mistakes and unburdened by the need to hold grudges against other people. When Christians actually make use of God’s gift of atonement, we become free-spirited, empathetic, humble, generous, patient, and joyful (i.e. the opposite of how too many Christians are today).

Now all of this would just be a weird intellectual exercise were it not for the means that Jesus has given us to participate in his eternal sacrifice every time we come together to worship. Jesus says in John 6:54 that in order to have eternal life, we must eat his flesh and drink his blood. Yes, it sounded incredibly creepy when he first said it and many disciples left him at that point.

But what Jesus meant is that he is able to put himself inside of us and make Christians into his physical body in the world through the celebration of holy communion which is the centerpiece of Christian spiritual practice and more important than any abstract theological concept. Though Jesus is not walking around the world right now as a brown-skinned Middle Eastern man, Christians believe that he enters into our physical presence every time we partake of the bread and wine of communion.

Whenever we take communion, we have an opportunity to let go of our guilt and our grudges so that we can receive new life from Jesus. Communion is what makes Jesus’ sacrifice on the cross physically tangible to us. The reason we need to do it as often as possible is because we continue to walk through a world littered by the spiderweb puppet strings of blame and guilt. We need to continually renounce the world’s toxicity and give it to Jesus to put on his cross. Every time we take communion, it resets our freedom and reestablishes Jesus’ physical presence in the world through the people who are healed by his body and blood.

A third way that Jesus’ cross figures into our lives is through the command that he gave us that summarizes Christian discipleship: take up your cross and follow me (Mark 8:34). In other words, atonement not only refers to something Jesus did for us but also something Jesus invites us to participate in. The apostle Paul writes, “I have been crucified with Christ so it is no longer I who live but Christ who lives within me” (Galatians 2:19-20). Obviously Paul did not literally die on the cross next to Jesus. What he’s talking about is a mystical reality. He also says in Romans 6:5 that we are resurrected with Jesus after being crucified with him.

Basically Jesus’ cross and resurrection give me a new way of defining my life journey. In one sense, taking up my cross means that I am constantly offering myself to God to crucify the sin that remains in me so I can be resurrected into new life. That’s the way many Christians understand it, which is fine but it’s insufficient. Understanding what it means to take up my cross requires examining why Jesus got killed. Jesus was crucified because he angered the religious elites by constantly showing solidarity to the world’s outsiders whether they were sick people he healed on the Sabbath or tax-collectors he partied with or prostitutes he revered as models of hospitality.

To take up your cross means to emulate Jesus’ life of risk-taking solidarity. It is the opposite of building your life around self-preservation. Jesus says in Luke 9:24, “Those who want to save their life will lose it, but those who lose it for my sake will save it.” The earliest Christians considered martyrdom to be the inevitable result and ultimate expression of their faith. St. Ignatius of Antioch wasn’t sure that he could call himself a Christian until he had faced the lions in the Roman coliseum.

Now there’s a lot of mischief that comes about through Christian attempts to camouflage their self-preservation as martyrdom. The culture wars of the past four decades have been a means for very comfortable Christians to cast themselves as martyrs by saying things that make other people mad. Jesus was not crucified because he stood up for religious purity against the corruption of surrounding pagan culture. He was crucified by the religious elites because his solidarity with marginalized people threatened their understanding of religious purity.

So if taking up our crosses is going to look like what Jesus did that got him crucified, it will look like costly solidarity with marginalized people whatever form that takes. It’s not the self-justifying ideological political posturing that fills so many Facebook feeds, but love-rooted community building and advocacy for the sake of building the kingdom of God. When Christian atonement actually works, the result will be a community where nobody is marginalized because God’s people have put both their reputations and bodies on the line to bring healing and reconciliation to all just like Jesus did on his cross.

I recognize that I’m leaving out some aspects or theories of atonement that seminarians like to nerd out about, but I think this is good enough for a basic explanation. First, God rescues us from the blame and guilt that imprison so much of humanity by putting our sins on Jesus’ cross. Second, God makes us into Jesus’ body and fills us with his resurrected life every time we receive holy communion. Third, God gives us our crosses to take up and enter the world with risk-taking solidarity in order to restore the kingdom of God.

June 22, 2017
A Response to Seedbed's Five Marks of Theological Liberalism
Next Post 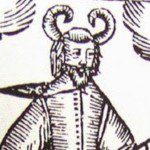 June 28, 2017 The fascinating intersectionality of the word "cuck"
Recent Comments
0 | Leave a Comment
Browse Our Archives
get the latest from
Mercy Not Sacrifice
Sign up for our newsletter
POPULAR AT PATHEOS Progressive Christian
1

Evangelicals Are Attracted to Conspiracy Theories—Why?
Divergence
Related posts from Mercy Not Sacrifice