Satan and the Scandals of the Church

Satan and the Scandals of the Church September 15, 2018 Morgan Guyton

Pope Francis is my problematic fave. I’m sure he’s exhibited plenty of personal moral failures in the Roman church’s ongoing sexual abuse scandal, though I don’t think I could have done better if I were in charge of a complicated organization where almost every bishop and cardinal has dirty hands.

Francis preached a sermon to some bishops recently in which he talked about the role of Satan as the “accuser of the brethren” in perpetuating the church’s scandal. There was a lot of backlash, some genuine, some opportunistic from people who said that Francis’ sermon was effectively throwing the victims of sexual abuse under the bus. Was he saying that people who create scandal by calling out the church’s abuse are doing the work of Satan? I don’t think that was his intent, but it provides an opportunity for reflection.

As a survivor of church-based sexual violence, there’s an email that I’ve almost written several hundred times to the current pastor of the church where I was victimized. I’m not sure exactly what the email should say or how it would be helpful, which is why it hasn’t been written yet.

When I feel strongly about writing it, it’s because it seems like a duty to let the current pastor know that a man who was the scoutmaster, seventh grade Sunday school teacher, and church basketball coach at my former church for many decades may have victimized dozens of other boys too. I only went to one overnight event with Coach Mills. I can’t imagine what he might have done to boys who regularly went camping with him.

I’m just not sure what the current pastor would do with this information. Coach Mills died in January of 2011. I want to believe that there could be some kind of healing, restorative truth-seeking process if all the victims of Coach Mills were able to come together and share our stories. But how would this process happen and what do I expect the current pastor to do?

Is he supposed to stand up in worship and say, “Some guy emailed me and he says he got molested here in the late 1980’s. if anybody else had this experience, can you talk to me after worship in the parlor?” Would he book a room and schedule a meeting to discuss it which he advertised in the church newsletter? Would it require more than one email for him to act? How many emails do you need to get before you put your congregation’s survival in jeopardy by going public with something like this?

At another church that I was connected to, a volunteer with the youth program who was in his mid-twenties but a little underdeveloped socially got into a sexual relationship with a teenager in the youth group. When this was discovered, the church was fully cooperative and the volunteer was prosecuted, but public scandal was avoided. So does that count as a “coverup” or is that simply the best they could have done?

Maybe it’s wrong of me, but one of the things that held me back from sending the email was seeing online how much attendance had declined at my childhood congregation over the past three decades. I’ve been very reluctant to throw a spiritual grenade into their community. I don’t want to force their current pastor to make an impossible choice between blowing up his community and covering up a terrible sin, which would then become his sin that would corrode his soul spiritually.

Of course, the other side of my inner debate says that maybe they’ve declined partly because of what happened to whichever other boys got molested by Coach Mills. Maybe exposing the truth would provide desperately needed healing. The default worldview in our day is to err on the side of calling out and exposing everything. Discretion is not a thing in the age of social media. To even use the word “discretion” in a conversation about exposing sexual violence is itself a scandal.

When I first disclosed my experience publicly, my cousin scolded me for doing so. I’m still trying to forgive her, and yet I also continue to second-guess myself which I always do about everything. Did I just want to get on the #MeToo wagon? Did I just want to get survivor points in the Oppression Olympics? Ultimately I decided that the inner psychological damage that had resulted from what happened was real enough and being able to talk openly about my story was healing enough to justify speaking about it.

But I’ve become very wary of myself. Two years ago, I released a book that described twelve antidotes to toxic Christianity. Though I mostly still stand by the theology in the book, I was definitely a lot more sure of myself when I wrote it than I am now. Part of it has to do with my continuing revision of my spiritual narrative. It doesn’t work for me anymore to say “I grew up evangelical and it was terrible, but then I went to a gay church in Toledo, Ohio and I found the perfect gospel.” I know too many evangelicals with good hearts like my old youth pastor who keeps on liking my Facebook posts, even the ones that are overly harsh which then serves to convict me. So I’ve lost the ability to say #YesAllEvangelicals.

It definitely gets play on Twitter when I savage evangelicalism. I worry about that. There’s something deeply unhealthy about the way that truth has become whatever viralizes. We don’t nuance our truths anymore; we double-down on whatever story gets the most retweets which inevitably involves caricature. The angriest, most self-righteous version of whatever really happened to us is what gets the loudest broadcast signal.

It’s also true that social media has provided an indispensable tool for solidarity between marginalized people, especially those who have been victimized by powerful institutions like the church. Social media has given a lot of power to people who want to hold institutions accountable that they simply did not have before the viralization of information shared through the grassroots was a possibility.

There’s a verse in 1 Corinthians 13 that captures an incredibly important distinction we need to make as we think about the truth-telling that needs to be done: “Love does not delight in evil, but rejoices with the truth.” There’s a kind of scandalizing in our social media world that delights in evil, that loves schadenfreude more than anything else. I would say that the word Satan describes the schadenfreude that takes pleasure in accusation for its own sake. Satan is that force that seduces us into making scandal the entirety of our spiritual identity, because it feels so good to take other people down and get affirmation from a crowd while we’re doing it.

Rejoicing with the truth is different than schadenfreude. It isn’t looking primarily to get people fired, publicly shamed, or canceled; it’s looking for restorative justice that rehabilitates sinners for the sake of living in accountable, healthy community. Rejoicing with the truth also involves rigorous self-examination to ensure that we aren’t making scandal our brand and monetizing our past suffering to build a platform.

I truly believe that a significantly neglected part of the good news of the cross of Jesus Christ is that victims have authority, not the institutions that oppress them even if those institutions are apostolically descended from Jesus himself. But with that authority comes responsibility. My suffering does not make me infallible even in subcultures that center the experiences of victims over the official narratives of institutions.

If I were Pope Francis, I would convene a council of abuse victims and give them the authority to recommend changes to the church. The vast majority of them want the church to do well, despite the suffering that it has caused. I really believe that when God has his way with the Roman church, he will use the scandal that refuses to go quiet to destroy the clericalism that creates a toxic, untruthful environment.

The one thing that has always bothered me about the Roman mass liturgy more than anything else is the part where it says, “Lord Jesus, look not our sins but on the faith of your church.” If you believe that the church is innately infallible by nature, then you will inevitably create a church culture that cannot deal with mistakes made by its authority figures.

That being said, I don’t think we need to ask God to look away from our sins. The whole point is that God sees our mess and is unafraid and unscandalized enough that he absorbs our shame into Jesus’ flesh on the cross. So what I would say in conclusion is that we shouldn’t look away from sin but we should also be looking at the faith of the Spirit’s work that often gets lost in times of church scandal.

Rejoice with the truth; don’t delight in evil. 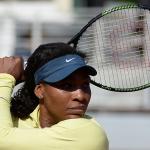 September 11, 2018
A White Man Reflects On Serena Williams
Next Post 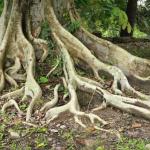 Progressive Christian
Satan As The Virus of Enmity
Mercy Not Sacrifice