Satan As The Virus of Enmity 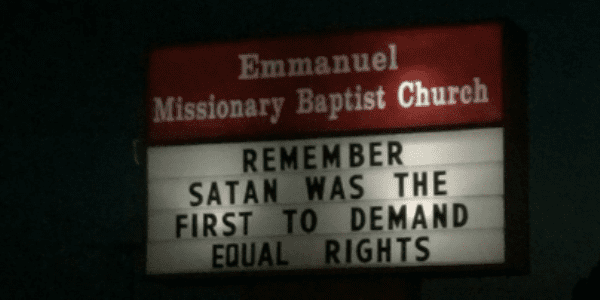 Satan is a virus. Forgive me if it sounds facetious or opportunistic for me to write that sentence amidst a viral pandemic. I honestly believe that’s the best way to understand the strange spiritual phenomenon that is labeled “the enemy” or “the evil one” in Christian scripture and accounted for differently in other religions. We get infected by enmity; it harms other people and spreads to them; it’s only partly our fault; and we need to be rescued from it by a power greater than ourselves.

I’ve been thinking about this a lot as I look at all the various uproars happening in our world during the pandemic, whether it’s the culture of conspiracy theory or a white lady calling the cops on a black man after he asked her to put her dog on a leash in Central Park because he was bird-watching. I view Satan as a label for a ubiquitous tendency among humans to divide the world into two sides and demonize the people on the other side. If people are on my side, I give them the benefit of the doubt and treat them with grace. If people are on the other side, I take the most cynical interpretation of their motives and actions.

The sides can shift and redefine themselves depending on the scenario. One fascinating phenomenon has been the way that far-right MAGA people and the far-left New Age people traffic similar conspiracy theories around the origins of the Coronavirus and the true intentions of vaccines that are being developed. Of course, as I think judgmentally about the conspiracy theorists, I’m taking the side of the Reasonable People Who Believe In Science against the Irresponsible People Who Believe The Internet.

On the other hand, I can empathize with some of my anti-vaxxer hippy friends because I take a different side when I’m one of the Enlightened Humans Who Aren’t Afraid Of Death critiquing the Neurotic Middle Class People Who Belief Life Shouldn’t Involve Any Risk Whatsoever. But whenever I get too snarky about the hypervigilance of risk aversion, I remember my wife bursting into tears in a conversation because I have an auto-immune disease and she’s really worried that I’ll catch the virus if I don’t take the right precautions. So yet another battleground exists between the People Who Have Valid Medical Needs versus the People Who Put Existential Notions Of Freedom Over Other Peoples’ Survival.

Because of my privilege, the various sides that people take in our society’s various quarrels doesn’t pose grave consequences for me. For black men, the fact that they have been portrayed as bogeymen in white culture with varying degrees of subtlety for hundreds of years can result in tragic fatality. In the Central Park incident, the white lady was navigating two layers of enmity. She was a Free-Spirited Rebel who was defying the rules about keeping her dog on a leash and feeling resentful that a Rule Follower had called her out. Her resentment was amplified by her other more primal enmity as a White Damsel In Distress confronted by a Big Scary Black Man (who spoke calmly and politely).

Whether I’m allowed to say this or not, I feel sorry for Central Park Karen. I don’t think that her needs should be centered above those of the black man she interacted with. Because of how screwed-up our world is, she could have ruined his life and possibly had him killed since she made up a story that he was assaulting her.

Now her life is ruined because she had a very bad moment that wasn’t entirely her fault. She’s a symptom of centuries of cultivated enmity between white women and black men. One of the most primal myths of American society is the sexual threat that black men pose to white women. Central Park Karen exploited that myth in her tantrum, but she was also following a script that was given to her by centuries of ancestral legacy.

One thing that needs to be named is that many white people jump on the #CancelKaren bandwagon as a way to prove that they are the White People Who Get It instead of the White People Who Are Clueless About Their Racism. And the virtue signaling of the Elitist Liberals Who Weaponize Wokeness (a different way of labeling the same people) is a major source of the stubbornness of the Down To Earth, Politically Incorrect Conservatives who rebel against them.

Do you see how this works? The more that we perform our self-righteous scorn against the other side to win retweets on our side, the more Satan stirs up the other side to resentment, so that each side becomes more infuriating and triggering to the other side until we get to the point where assholes are actually shooting restaurant employees for asking them to wear a mask. And yes, people do have individual agency and need to be held accountable for their actions. But every time I demonize the other side gratuitously on whatever axis of side-taking I’m defining myself, I am part of creating the condition by which the world becomes more collectively demonic. To put it simply, demonization creates demons.

The best antidote that I’ve found to battling Satan’s inroads into my soul is to pray every day with a small prayer circle of four moderately conservative people, one white man who’s been on a brief hiatus due to a cross-country move and three middle-aged white women who would probably get lumped into #KarenNation by Performative White Woke Snobs Like Me. I didn’t plan this prayer circle with any intention. God simply brought it together haphazardly for a lot of reasons including the need to protect me from myself.

The women I pray with have loved me despite our political differences. I’m able to listen to the different angles they have for their viewpoints in a context in which our concern is not debate, but mutual nurture. We want each other to thrive. Sometimes we challenge each other but with great caution and respect. And because of the level of trust we have built, we are able to receive critical feedback as love.

I think this is the kind of relational space that church was always supposed to be. Somehow we created the impersonal monstrosity that exists now where we barely know the people sitting next to us in the pews and we’re too busy and scatter-brained to live with the level of intentionality required to create the authentic community that is the whole point. And even in that sentence I’m falling back into an enmity pattern of demonizing The Institutional Church from my vantage point as a soon to be Post-Church Free Spirit. It really is everywhere and it requires a lot of discipline to resist it.

I’m thankful that God gave me middle-aged white ladies who text me to pray twice a day. Even though I still do and say many stupid things, God is using them to keep Satan from threshing me like wheat. 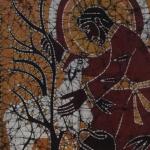 Progressive Christian
Cancel (Another Poem About Twitter)
Mercy Not Sacrifice 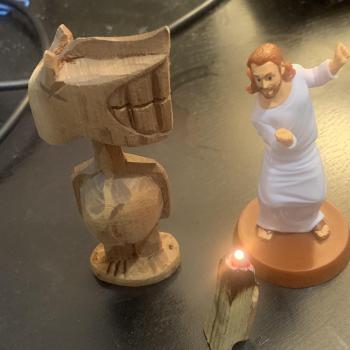