Autism As Rebellion Against Correctness 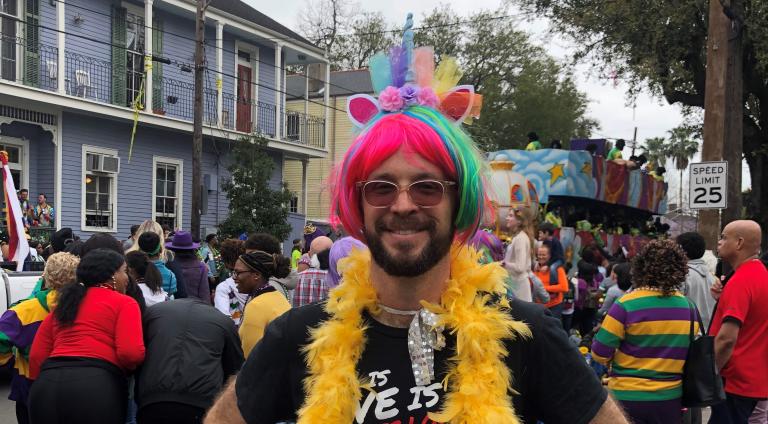 When I was in sixth grade, the drum corps was the coolest part of the pep rallies and football games at my 98% white private school in Houston, Texas. It was the golden age of hip-hop and having rhythm was the primary way to be cool (like the black people whom we worshiped and feared). So I danced at the annual football game behind the drum corps. One of the popular kids came up to me with a guilty look and let me know that I was doing it wrong.

He said he couldn’t explain to me what was wrong about the way I was doing it, but the other popular kids were making fun of me, and he thought it was wrong that they were making fun of me, but he thought I should know that they were. I didn’t dance comfortably for many years after that, except to slow dance songs. It wasn’t until a rave in New York City in 2003 that I embraced my weird, unique way of moving my body.

My seventh grade year, I walked stiffly like a penguin in the hallway because I was concentrating very hard on swinging my arms in the correct way when I walked. So the popular kids made a line behind me and walked stiffly like penguins to make fun of me. They made up a song called “The Morgan Organ.” They bullied other kids a lot more than they bullied me, but I spent years of emotional energy after that trying to make sure I was swinging my arms correctly when I walked.

I didn’t have a name for what I was experiencing. There was a kid in my Sunday school class who was labeled autistic. He smelled weird and he would make high-pitched screeching noises that the teacher would punish by making him sit in the corner. I didn’t do that. What I did was to raise my hand every time the teacher asked a question to share the correct answer.

If I had been in a woke Sunday school class, someone would have pulled me aside to let me know I was being an insufferable white male and taking up too much space by raising my hand too often. I didn’t receive that correction until the year after I graduated college when I discovered radical politics. It was a valid point when I got called out, and also it hurt, because it was a reminder that I still hadn’t figured out how to behave correctly. Correction can hurt autistic people uniquely and it can be appropriate also.

My life has been a perpetual battle with correctness, often thinking that I could Get A Girlfriend if I learned the correct way to share my love poetry and figured out how to be a Pickup Artist. I interpret the Pickup Artist as an autistic myth: that relationships are about manipulating other people with correct language. It’s a toxic way of viewing relationships that I make no excuses for, but the answer is more complex than simply banning all the incels from humanity.

I had a similar presumption in fifth grade that the reason I didn’t fit in was because I didn’t have any Garbage Pail Kids cards and my parents wouldn’t let me stay up late to watch Saturday Night Live. One night, I snuck downstairs to watch SNL and memorized one of the sketches to share at lunch, but when I shared it, everybody just kept on talking even though they were laughing at each other for sharing the same sketch (even the fact that spellcheck puts a red squiggly line under “snuck” has me tripped up; apparently sneaked is correct but it sounds wrong).

I am often infatuated with being correct in a way that nobody else is when I find the One Right Interpretation Of A Bible Verse That Everyone Else Has Always Gotten Wrong. But whenever I’m corrected by whatever the default norm is, what I call the #OneRightTake, I rage against it and troll it ferociously. So I both idolize correctness and rebel against it.

My favorite Bible verse my senior year of high school was Romans 12:2, “Do not be conformed any longer to the pattern of this world, but be transformed by the renewing of your mind.” My senior yearbook quote was this: “To try to seem and not to be; controlled by image, never free; alas, the people cannot see; they’re wrapped up in this fantasy.”

So my way of coping with not understanding how to fit in with normal people has been to say actually I’m The One Who Gets It and none of y’all do. This has often meant relegating large swaths of humanity in my mind into a pile of un-self-aware conformists, because it was too painful to accept that they were simply humans on a different journey who didn’t reject me absolutely but simply reacted negatively when I blurted out weird things that made them feel awkward or caused them harm.

I don’t know that I have an answer for what to do when one has this condition whatever it is (maybe it’s not even autism). But when I read the manifestos of school shooters and see the way that incels and certain internet trolls talk, I see myself in their logic (which doesn’t mean they’re necessarily autistic or validate anything about how they’re handling life). Raging against political correctness seems like a very autistic thing to do. And it’s not entirely wrong. The wrongness is the presumption that correctness is all that’s going on.

When marginalized people share that my words have hurt them, they are not policing me for being incorrect. If I’m only able to live in my teenage autistic self, then all I hear when somebody corrects me is You’re Wrong Again, Morgan, And Everyone Is Judging You Again. Sometimes that’s partly actually happening. It seems like the default in human community is to use shame (dragging, shunning, piling on) as a regulatory social mechanism.

I do think there’s some give/take that needs to happen with neurotypical people recognizing that for autistics, public humiliation is a perpetual fear so being called out publicly is the definition of hell. But obviously if someone else is triggered by me, they can’t be burdened with the need to package their expression of their trauma in a way that accommodates my shame. My entitlement and aloofness as a white male is a very confusing intersectional reality that completely overlaps with my rebellion against correctness as an autistic.

What’s powerful is when someone who knows how I am is willing to pull me aside privately and say, “Hey when you say things like aspies are the ringbearers who will save humanity, you cause pain to autistics who weren’t diagnosed with Asperger’s and are thus excluded” (I’m self-diagnosed based on similarities with family members who are officially diagnosed by the way).

Once when I was a freshman in college, a senior who was leading our first year fellowship group took me out to lunch and after enjoying my company, he patiently and delicately said, “You need to talk less during our sharing time.” I was awed and honored by how he handled it. I don’t expect anyone else to do that for me. But perhaps those of us who are autistic or autism-aware can play this role in communities when we see someone taking up too much space or saying harmful things they seem unaware of.

I used to spend much of my emotional energy being vaguely afraid that I would be Found Out. My first year in my current job, I almost lost my job because of really odd ideas I shared that freaked my students out. I didn’t know what to call myself for most of my life, but I knew that I was an outsider and I felt most at home with other outsiders, especially the radical queer community. I did get pretty good at interviewing correctly for jobs and filtering/masking successfully as long as I wasn’t too anxious. I can still do all these things insofar as they’re hospitable to others’ needs, but shame doesn’t own me any longer.

So perhaps this is helpful to understanding people who seem like they troll any and every form of correctness, perhaps immaturely and insensitively. Perhaps this is helpful to some people who haven’t been able to put their finger on why they react so viscerally whenever they’re corrected. We all need grace; and we all need to grow up and honor other people’s needs, even those of us who have spent a lifetime not knowing how to do relationships. 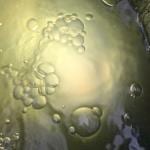 May 26, 2020 Satan As The Virus of Enmity
Recent Comments
0 | Leave a Comment
Browse Our Archives
Related posts from Mercy Not Sacrifice