Spiritual Memoir (A Poem About My Life)

Spiritual Memoir (A Poem About My Life) April 18, 2020 Morgan Guyton 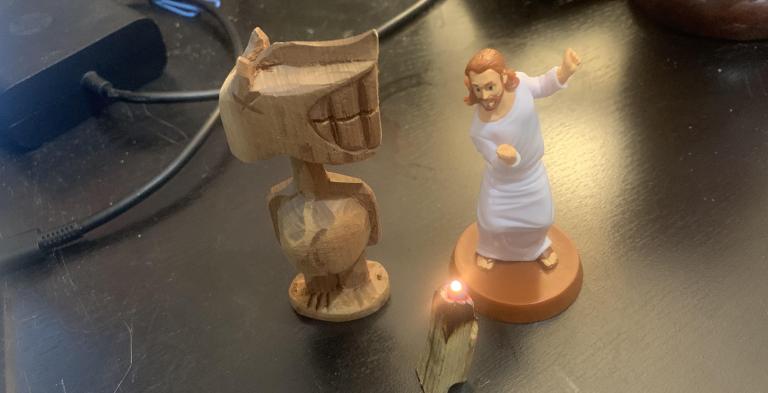 In my spiritual memoir, Satan will never have
A speaking part because it’s Satan who divides
The world cleanly between worthy men of God
And temptress drug addicts who make them

Stumble; the only butterfly who spent all day
In my bed was a painter whose wounds
Gave her beautiful art and made me catch her
When she tried to fly out of a window and when

She carved poetry into her veins; was she not my
Bodhisattva then? Had I not been trying to save
Her, I never would not have been tricked into
Discovering the queer church. Disaster seems

To be my best teacher like the friends
I met through the freak car accident
In the apartments where I let the crack
Dealer inside to prove that I wasn’t afraid;

One I named Ninja; the other Sasparilla;
Their names didn’t stick; I slept with both of them;
One went to the psych ward; the other lit my door
On fire when I asked her to pay back a loan.

I was manic then and most of what I did was
Wrong and yet it was the right adventure
To teach me my song; not quite as wrong was
Meeting the Shakori princess on the path

Who took me up a hill and spread out a blanket
So I could remove my shame and leave it
On the grass; I’ll never forget surprising her
In West Virginia and that first kiss when I climbed

Out of my car and how she taught me to
Live in Eden completely naked on a rock
In the middle of a river; it just isn’t true that
Satan had me entirely in his clutches then.

And my aunt told her she wasn’t right for me
And I told her I was bisexual and tried
To backpedal; her tía taught me how to
Make pupusas; her son taught me to

Not hate myself for being terrible at frisbee;
She showed me how to stay in each other’s
Lives and not hide from companions in the
Journey who are with us for a season.

There was nothing right about chasing a woman
Who had just lost a father who grew up in the same
Houston neighborhood as me, whose birthday was one
Day after mine, who was apparently infuriating

In almost the exact same ways that I am, but when I
Was sure that I was going to quit teaching and
I was lighting one cigarette off of another, I called
Her to invite her to a high school football game,

Which is a terrible first date idea and she said no,
But she kept talking and there were awkward
Pauses and it didn’t matter and when we danced,
Her eyes were a thousand torches so we got

Engaged on Easter morning and we skipped
In our wedding photos and we hiked the Na Pali
Coast in Kauai and got pregnant almost
Immediately, which trapped us in the cluttered

Nuclear silo that is supposed to be God’s perfect
Plan for how to raise a family; and we talked
Things through every time I wanted to throw
Myself into all sorts of other families.

It took years for me to love her wounds;
It took me years to learn how to have friends
And not just sit in the dark by myself
Making beats and dreaming of a galactic stage.

And they make jokes that are funny
And they perform science experiments
In the bathroom and we love watching
Jack Black movies together.

The world is not a Disney cartoon where
The villains wear black and the heroes wear white;
Every cigarette, every intimate shudder is part
Of the dance by which we learn to mix our

Lives on the fly with less shame and fear;
There is always uncreated light dancing
On the water in the wind no matter what sin
We are entangled in and the only thing God

Seems to tell me with clarity over and over
Again is that he desires mercy not sacrifice;
He wants my worship not my performance;
He doesn’t want my catechesis; he wants my poetry

With all of its confusion and heresy because
Whenever I see my ambivalence and my
Crush on Dionysus and the way that gangsta
Rap actually saved my life in middle school,

I discover richer textures to his grace
In the world; nobody is firmly in the clutches
Of Satan; Satan is the name for how
Our shoelaces get tangled up into knots.

Supposed to make which is what the prodigal
Son was doing on his way back home;
He had figured out exactly how he had
Sinned and exactly which Bible verses he

Needed to tattoo on his arm from here on out;
He was ready to be a perfectly dutiful
Disciple instead of a child whose father
Gushes with love for him and gives him

A signet ring to wear every time he comes
Back so that one day he will not try to be right
Anymore but will simply smile and dance
In the way that love leads: holiness is not

A forced march by which we gradually become
Generic clones of the one right person;
It is an evolving dance by which the divine
Song choreographs us into one body of infinite harmonies. 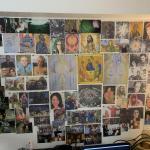 April 20, 2020 Cancel (Another Poem About Twitter)
Recent Comments
0 | Leave a Comment
Browse Our Archives
get the latest from
Mercy Not Sacrifice
Sign up for our newsletter
POPULAR AT PATHEOS Progressive Christian
1