Can Abortion Be Morally Complex? 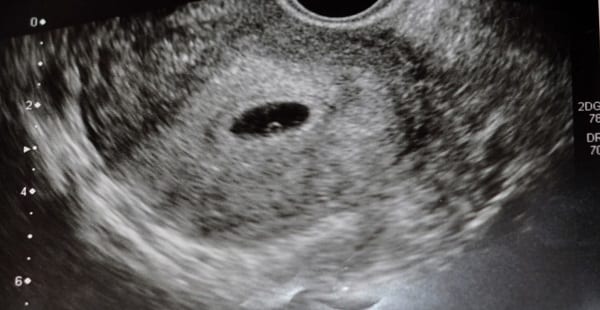 What has the pro-lifers up in arms is the ambiguity of what “health” can mean. If you define “health” economically or psychologically, then could an elitist doctor pressure a physically healthy 16 year old working class girl to terminate her pregnancy? Or could a woman with mental health challenges be bullied by a manipulative parent or partner into terminating her pregnancy?

I’m one of those people in the middle who’s not supposed to exist. I once had a high school student who had two abortions in the course of a single academic year. She really was using abortion as birth control. That was the point when I became opposed to abortion. However, I don’t think a punitive, legislative approach to stopping abortion is the answer. Also I don’t think I’m disqualified from talking about abortion since I’m a man, though I recognize that I should approach the conversation with humility as someone who will never grow another human inside of my body.

I am unwilling to draw absolute lines on questions like When Does Life Begin. Being a scientist’s son, it seems dishonest to me to call a fetus a person unless it is capable of existing in a physically autonomous body. It’s neither fully a person nor merely a clump of cells. It’s a mystery, like many aspects of life, that does not conform to the needs of authoritarian line-drawing. You can think differently, but writing two thousand word comments to make me see it your way probably isn’t going to change my mind.

On the other hand, I’m also ambivalent about drawing an absolute line regarding bodily autonomy and saying that what women do with their fetuses is no different than what they do with their kidneys. Come to think of it, we can’t just do whatever we want with any part of our bodies. I can’t go right now into a hospital and say, “I want my spleen removed; I’ll pay out of pocket; there’s no medical reason for it, but it’s my body and I can do what I want with it.” No doctor would operate on me and no judge would let me sue a doctor for not respecting my agency over my body.

Should our country legislate as though individual bodily autonomy and agency are absolute? Because in real life, they’re not. Medical professionals have a lot of authority over what we do with our bodies. The boundaries set by health care laws are boundaries for doctors as much as they are boundaries for patients. So I share the concern pro-lifers have about the definition of “health” in the sense that a clearer boundary needs to be set for medical professionals.

Where I part ways with the pro-life movement is my unwillingness to make a phrase like “sanctity of life” into an obtusely mechanistic legalism. I learned recently that a nun was excommunicated by the Roman church for being on the ethics board of a hospital where a woman’s pregnancy was ended because she and the baby would both die otherwise, leaving her five other children without a mother. That should be infuriating to anyone with a conscience and a brain. Only someone who is slavishly devoted to legalistic absolutes would be okay with that.

I also remember a few years ago that the bishop of Nicaragua excommunicated hospital staff at a hospital where a nine-year old girl who was raped by her uncle had a pregnancy terminated since it would have destroyed her body and traumatized her for life. The cruelty and stupidity of that no longer resembles anything like Christian morality.

If life is in fact sacred, then a loving mother should also be able to make the painful decision to spare a severely deformed fetus from being born into a tortured existence that lasts a few minutes. Read this article for examples of what late-term abortion actually looks like. The problem of course is that there’s a lot of gray area. In some countries, fetuses with Down’s Syndrome are routinely terminated. I am absolutely opposed to that. But in general, my instinct is to trust prospective mothers to make these decisions over male politicians and priests.

From what I understand, the Roman church excommunicates people even for aborting a dead fetus. I can’t imagine the cruelty of making a woman wait after discovering her child is no longer alive for a full-term delivery with labor and every other side effect simply for the sake of fulfilling a canon law created by a group of celibate men for whom childbirth is an abstraction.

There’s a phrase Jesus says to the religious authorities criticizing him that has became a major cornerstone of my ethical understanding. He says, “The Sabbath was made for humanity, not humanity for the Sabbath” (Mark 2:27). I think the principle applies to every moral question. The point of moral laws and norms is to serve the best interests of people. Because the universe is complex, sometimes a moral law that is mostly universal needs to be tweaked in a unique circumstance in order to do what is most loving. Holding onto rigid absolutes does not represent a fidelity to divine truth so much as a fidelity to oversimplifying divine truth.

There’s a difference between really caring about the sacredness of life and caring about the absoluteness of rules and church authority. I do think life is sacred. I trust women with their bodies. And I think that clearer boundaries need to be set than those that laid out in the recently revised New York law.

Please check out my book How Jesus Saves the World From Us: 12 Antidotes To Toxic Christianity! 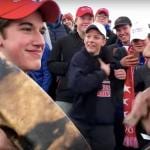 January 31, 2019 The Evangelism of a Thousand Clergy Trials
Recent Comments
0 | Leave a Comment
Browse Our Archives
get the latest from
Mercy Not Sacrifice
Sign up for our newsletter
POPULAR AT PATHEOS Progressive Christian
1

Hospitality in Zarephath
slacktivist
Related posts from Mercy Not Sacrifice