Two Visions And A Council For Our Discernment

“Saul, why do you persecute me?” “What God has made clean, you must not call profane.” The central plot of the story of the early church in Acts hinges around these two sentences. They both involve God telling very devout religious men that very reasonable boundaries they had set based on a straightforward interpretation of the holy scriptures their people had received were wrong.

They’re actually in back to back chapters. In Acts 9, Saul of Tarsus sees a blinding light in which Jesus calls out to him and stops him from persecuting what by any orthodox understanding of Torah was a blasphemous, heretical, dangerous new movement. In Acts 10, God tells Peter that he must stop dissociating from people his Bible had told him were unclean by giving him a vision of unclean animals that would have been as abhorrent to him as pornography would be to us today, because up to that moment, Peter’s religious identity was based upon staying clean through the strict observance of mitzvot, and the coming of the Messiah did not change Peter’s clear duties as a devout Jew according to Torah.

I consider these two visions to be pivotal to our understanding how God moves in our world. None of my regular readers would be surprised that I see them as blatantly obvious signposts for discerning God’s will about queer inclusion in the church. And I so wish that the delegates to the United Methodist General Conference in a few weeks would ponder these visions as well as the original Jerusalem Council in Acts 15 that had to be called because the apostle Paul was preaching a salvation that contradicted the boundaries laid out in the Hebrew scripture. Whatever else is true, our lesbian bishop Karen Oliveto is about as displeasing to traditionalists today as the apostle Paul’s gospel was to the members of the Christian sect who believed in preserving its Jewish exclusivity.

Take a look at Acts 15 and notice what it mentions and doesn’t mention about the Jerusalem Council. It starts with personal testimony about all that God has done among the Gentiles. The Pharisees object, probably saying that the Bible is absolutely clear (though Acts 15 doesn’t seem to care about their scripture-based arguments). Keep in mind that Jew and Gentile is not simply the ethnic distinction we’re used to presuming. Any Gentile could become a Jew by going through a conversion process culminating in a mikvah bath and adhering to the laws of Moses afterward.

But then Peter stands up and says they don’t need a mikvah bath or the mitzvot; they’ve already got the Holy Spirit. And he shares what he saw at Cornelius’s house which he never would have seen if he hadn’t obeyed the vision that told him to stop presuming people were unclean whom the Bible had plainly told him were unclean. Because he was willing to listen to a divine revelation that contradicted his scripture, he went to a place and witnessed a divine visitation that made it impossible for him to reject people he had presumed to be unclean after that.

How many traditionalist Christians today have not allowed themselves to see what Peter saw because they have never gone to Cornelius’s house since they already absolutely know what is clean and unclean? How many traditionalist Christians today have not gained enough intimacy with queer Christians to see the evidence of the Holy Spirit in their lives? I wish you could have been at the charismatic prayer meeting we held at the Queer Christian Fellowship gathering in Chicago. I don’t come from a charismatic background, but God gave me strange gifts that I’ve only had a few opportunities to experience in complete abandon; most of those times have been with queer Pentecostals.

Now the most remarkable thing about the Jerusalem Council is that the elder James who presides over it does not base his ruling on the relevant religious laws. He doesn’t prove based on the Hebrew Bible that an exception can be made to the circumcision covenant God made with Abraham or the mitzvot of Moses. Instead, he uses a prophecy that says nothing about laws, but everything about God’s purpose.

My brothers, listen to me. Simeon has related how God first looked favorably on the Gentiles, to take from among them a people for his name. This agrees with the words of the prophets, as it is written,

‘After this I will return,
and I will rebuild the dwelling of David, which has fallen;
from its ruins I will rebuild it,
and I will set it up,
so that all other peoples may seek the Lord—
even all the Gentiles over whom my name has been called.
Thus says the Lord, who has been making these things known from long ago.’

Notice that there is nothing in this prophecy which clarifies that Gentiles who are called should not be asked to comply with Moses’s law. There’s no reason not to interpret this prophecy to say that Gentiles should seek the Lord by converting to Judaism. That’s what I would argue if I were a Pharisee in that room. But what happens in the Jerusalem Council is that personal testimony about the Holy Spirit’s work and a prophecy that illuminates God’s purpose but doesn’t clarify religious law with specificity are allowed to overrule the plain meaning of Torah.

So if I were allowed to be James in the story of the United Methodist Church, then I would share this prophecy from the apostle Paul in 1 Corinthians 1:27-28:

I first came across this scripture when I was a suicidal, broken man, devastated by depression, addiction, and a series of toxic relationships. I had gone to a mostly queer United Methodist church in Toledo, Ohio. At first, I saw this scripture as empowerment for me personally. Because in a book study of Henri Nouwen’s Life of the Beloved that I attended with sixty year lesbians, God told me, “Your brokenness is your chosenness.”

It wasn’t until much later, after years of reflecting on the beautiful grace I received from that church, that I was able to see that the despised are the ones most qualified to offer the gospel. And I believe that God has chosen queer people who are despised by the religious authorities to reduce to nothing the way things are, especially the church’s unhealthy overemphasis of sexual puritanism that has had a troubling racialized role in our nation’s history and has alienated millions of people from the gospel during the last several decades of culture war.

When black people were slaves, sexual puritanism taught that they were biologically inferior because of their perceived sexual promiscuity. When segregation was the law of the land, sexual puritanism taught that black men had to be kept as far away from white women as possible. Most recently in the decades of backlash against the civil rights movement, sexual puritanism has been used to attack government safety nets that are perceived to benefit supposedly lazy, sexually promiscuous black “welfare mamas,” whose sinful lifestyles shouldn’t be subsidized by sexually puritan, morally responsible white suburbanites’ taxes.

A Christianity that is queer positive is a Christianity that has to let go of sexual puritanism as its primary defining quality. I would argue that the reason that feels like reducing Christianity to nothing is that our church has allowed an idol to metastasize and encompass far too much space in our understanding of holiness. A queer-positive Christianity doesn’t throw sexual ethics out the window, by any means. It simply frames it as one piece of the holiness puzzle, rather than the whole thing, and it understands the greater purpose of holiness not as purity for purity’s sake, but rather self-emptying for the sake of solidarity.

That move from a purity-based understanding of holiness to a solidarity-based understanding of holiness is certainly cataclysmic. For many Christians today, it probably feels as distressing as “reducing to nothing the things that are.” But I think it’s precisely the correction that the American church needs in order to repent of the toxicity it has acquired especially during the past several decades of culture war.

Now I don’t think God wants to let me close this out without some confession. God doesn’t let me read the Bible to high-five myself. Because I too have persecuted Jesus. I too have treated people as unclean (or “problematic”) whom God treasures and declares clean.

I persecute Jesus every time I am contemptuous and cynical in how I treat Christians who disagree with me. I persecute Jesus when I apply dismissive blanket labels to people or attribute malicious motives to them instead of presuming that each individual is pursuing God to the best of their sincerity (I think there’s a difference between hypothesizing sociologically and labeling specific people, by the way).

For example, while I think I had a valid theological dispute with my friend Jason Micheli in my last post, I let my demonic hubris get the better of me because I thought it was so clever to dunk on a Barthian with a post titled Nein! My motives have never been pure, but my sinful hypocrisy does not mean that the truth I’ve been given to share is somehow negated. To the degree that I have been arrogant and alienating, I have not only misjudged others but I have betrayed the word that God gave me.

An older United Methodist pastor gently confronted me in the midst of one of the toxic Facebook conversations that happen regularly in the United Methodist Clergy group. He said God’s grace will win. I realize that a phrase like that can be weaponized by one side in the argument to mean something different than the plain words express. But insofar as we stick to those words alone and understand grace in the beautiful prevenient, justifying, and sanctifying way that United Methodists do, I hope we can agree on that much.

And agreeing on that, whether or not you agree with my scriptural analogies and interpretations, I hope that we can try to conduct ourselves in a way that will be part of the victory of God’s grace. I know that God’s grace will defeat me if I put myself in opposition to it. But every time it’s convicted me of my sin, it’s happened graciously. So how can we be part of the grace that will win rather than part of the hard-hearted-ness that the grace will ultimately crush? As I preached to my students this past Sunday, that’s the side that I want to be on.

Please support one of only a few inclusive Methodist college ministries in the South as a one-time donor or a monthly patron. 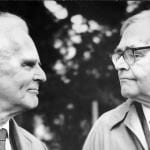 February 2, 2019
Nein! A Response to Jason Micheli On Sanctification and Sex
Next Post

February 19, 2019 Honest Questions For Traditionalist Methodists On The Eve of Our Apocalypse
Recent Comments
0 | Leave a Comment
Browse Our Archives
Follow Us!