I just spent a three-day Cursillo retreat with mostly older, conservative small-town United Methodists in our very conservative annual conference of Louisiana. It was an incredibly beautiful, life-giving experience, much of which I can’t share. What I can share is that it rekindled my love for actual orthodox Wesleyan theology, which could be summarized in two words: practical holiness.

I wish that every General Conference delegate had to go on a Methodist Cursillo or Emmaus retreat immediately before General Conference and had to frame all their proposals in terms of the practical, accessible Wesleyan theology presented there. Does it have to do with prevenient, justifying, or sanctifying grace? Does your proposal result in greater means of grace or more obstacles to grace? Or how about which aspect of Jesus’ character in John Wesley’s favorite devotional book The Imitation of Christ is your proposal embodying?

Throughout our sexuality debate, the traditionalists have spoken of the fear that orthodox Wesleyan theology is being muddied into incoherence by a vague commitment to “openness” and a capitulation to secular liberal social mores. I absolutely share their concern and I see the danger of theological incoherence in liberal theology. Turning the church into a basically secular social justice and community service organization leaves it spiritually dead.

But the gender essentialism that makes same-sex marriage a problem is not an organic product of our Wesleyan theological system. It is an alien element borrowed from generic social conservative sentimentality that is every bit as theologically incoherent as the secular liberalism of many mainline churches.

Yes, there are a few (very few) isolated proof-texts in the Bible that can be used to oppose same-sex marriage. Yes, Wesleyan theology is committed to the Bible as our primary authority for spiritual discernment. But Wesleyans are not un-thoughtful Bible thumpers who flip open to random pages to figure out what to do each day. We read the Bible to find all the means of grace that we can and to root out all the obstacles to grace we can so that we can be perfected in love as vessels of God’s grace. We have a specific Wesleyan theological agenda that we bring to the biblical text through which we interpret the text.

Under a Wesleyan account of practical holiness, sin is sin because it gets in the way of God’s grace, whether it causes active harm to people or simply poses an obstacle to God’s sanctifying work within us. Sin is not sin by divine edict; it is sin because of its impact (which is ironically the primary message of Romans 1:18-32 in its illustration of the cascading corruption of idolatry). We do not think of sin legalistically in terms of abstract rules that have no practical justification; we think of sin in the virtue-based terms that the apostle Paul gives us in Galatians when he exhorts us to live in ways that cultivate fruit of the spirit instead of the flesh.

Practical holiness does not accept unprocessed chapter-verse citations from scripture as the final word in any conversation about holiness. John Wesley believed in understanding and explaining in plain, accessible ways how our holiness fits together. If John Wesley believed that same-sex marriage were wrong, he would accept the onus of explaining why it’s wrong in the same terms of practical holiness with which all of his sermons were filled. In addressing the issues of his time, he didn’t just wave Bible quotes at people and expect them to fall in line, even though the Bible was a lot more culturally authoritative in his day than ours. His sermon arguments always appealed to the common sense standards of his time.

I have never heard traditionalist Methodists explain their opposition to same-sex marriage in practical holiness terms. What they say is that support of same-sex marriage is theologically “symptomatic” of compromised “lukewarm” theology of “mainline” churches that are shrinking. They argue that “evangelical” theology makes churches grow. And they point at Africa where people oppose same-sex marriage and the church is growing.

In other words, the practical arguments of traditionalist Methodists (that I’ve heard) are made almost entirely in terms of church growth instead of a specifically Wesleyan theology of gender. If they were conservative Southern Baptists or Calvinists, they would say that our society has fallen apart because women have stopped being obedient to their husbands in marriage and staying home to raise their kids while their husbands are the sole breadwinners, and that same-sex marriage is a further slide down the slippery slope of the collapse of God’s ordained roles for men and women. Hierarchical gender essentialism is a major aspect of the authoritarian structure of  Baptist and Calvinist theological systems. It is alien to a Wesleyan theological system shaped by the practical pursuit of perfection in love.

If we want to look in the Bible for a practical holiness guide to sexuality, then 1 Corinthians 7 is the place to do it. It is the only place in the Bible where sexual ethics are explained in practical terms rather than simply pronounced by edict, as in Leviticus 18, or mentioned in passing, as in Romans 1. So if the United Methodist Church were actually pursuing perfection in love through knowledge and vital piety (to use John Wesley’s terms), then a general conference on sexuality would be a Bible study of 1 Corinthians 7.

I did a more comprehensive exegesis of 1 Corinthians 7 in this post. What I will say here is that nothing in the passage gives any indication that gender essentialism is a necessary component of practical Christian sexual ethics. Marriage is simply a “concession” (1 Cor 7:6) offered to Christians “because of cases of sexual immorality” (1 Cor 7:2). Paul says that he wishes all Christians were celibate like he is, but he recognizes celibacy to be a unique gifting and calling (1 Cor 7:7).

The most pertinent verse in the passage is 1 Corinthians 7:9, which says, “It is better to marry than to be aflame with passion.” In other words, the concern here is not conforming to some kind of jigsaw puzzle of male/female complementarity but addressing natural, valid human sexual appetites that need to have boundaries put around them to avoid chaos and destruction.

If Paul says that it’s better to marry to be aflame with passion, then it seems like a very reasonable analogous application of Paul’s teaching to say it’s better for gay people to marry people of their own gender than to marry straight people and create a fundamentally inauthentic, sexually dysfunctional relationship that tortures both people. Or, equally valid, that it’s better for gay people to marry than to be aflame with unconsummated passion (whether or not they act on it because the point for Paul is not that passion itself is sinful, but that it’s distracting; otherwise he would have said better to marry than to fornicate).

In 1 Corinthians 7, Paul offers three rationale for his sexual ethics. He says in verse 32, “I want you to be free from anxieties.” In verse 35, he tells the Corinthians that his rationale is “to promote good order and unhindered devotion to the Lord.” Practical holiness would ask those three things of any sexual practice. Does it create anxiety? Does it disrupt good order? Does it hinder our devotion to the Lord?

The point of practical holiness is to seek out means of God’s grace and root out obstacles of God’s grace. That’s precisely what these three questions are about. But today is the day that Wesleyan theology has likely been dissolved forever into the strange confused brew of triumphalism and paranoia that is conservative evangelicalism. To the degree that there is a distinctly Wesleyan theology in the future, it will not be produced by a church that seeks “spiritual vitality” through scapegoating sexual minorities.

If you have ever benefited from my writings, please consider supporting the LGBTQ-affirming campus ministry that is the laboratory for what I share with you on my blog. We have been told that our ministry is going to be targeted because of my public advocacy. It has become critically important for us to achieve financial self-sustainability. Please become a monthly patron today. If I could make a video like Princess Leia made to appeal to Obi-Wan for help, then I would, but I’m too tired and spiritually devastated right now.

February 19, 2019
Honest Questions For Traditionalist Methodists On The Eve of Our Apocalypse
Next Post 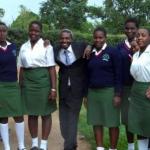 February 27, 2019 Support the African Movement for Inclusion!!!
Recent Comments
0 | Leave a Comment
"Phyllis Tickle's 500-year cycle is occurring as we speak. The mega-churches are melting. The mainline ..."
Marc Wagner Why I Still Call Myself A ..."
"As it turns out, Paul was a catalyst for me as well. Grace through Faith. ..."
Marc Wagner Why I Still Call Myself A ..."
"I am surprised that you think the values you lift up only apply to conservatives. ..."
Jim Schmick The Conservative Insight I Cannot Reject
"What you fail to realize is that the globalists are the destroyers of the earth! ..."
Gina Beth Romero The fate of “those who destroy ..."
Browse Our Archives
Related posts from Mercy Not Sacrifice