Iran, Mike Pompeo, and the Total Depravity of The Other

Iran, Mike Pompeo, and the Total Depravity of The Other January 6, 2020 Morgan Guyton 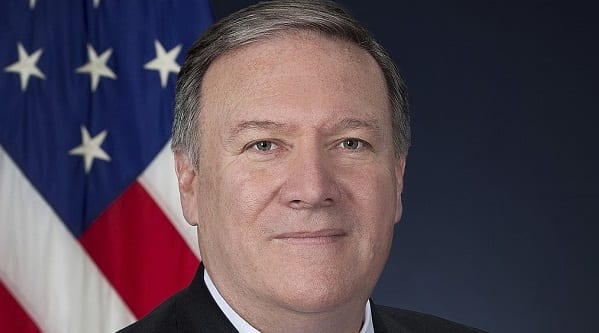 Donald Trump may not be an evangelical Christian, but his administration is filled with evangelicals who have weekly Bible studies together. One such evangelical Mike Pompeo, our Secretary of State, said about Iran that “force is the only language they respond to.” When I hear this statement, I don’t just hear crass political speak. Within it is a theological appraisal of human nature. It’s an application of a popular evangelical doctrine of sin: what I have termed the total depravity of the other.

One of the most basic visceral arguments that many evangelical Christians make against “liberal” foreign policy (that Democrats are always scrambling to disprove) is that “liberals” refuse to believe in the abject evil of America’s enemies and instead try to accommodate them (probably because they’re too politically correct to admit that Islam is an innately terrorist belief system). When Barack Obama did a speaking tour in the Middle East to try to improve relations there, the evangelical pundits famously called it an “apology tour.” For political evangelicals, trying to understand or reason with Muslim political leaders is one step on the slippery slope toward saying that they’re probably good people who deserve to get into heaven too.

More than any other doctrine, evangelical theology is dependent on its doctrine of sin that teaches human nature is totally depraved and utterly incapable of being good. I’m not just talking about Franklin Graham evangelicals; I’m talking about mainstream evangelicals like Tim Keller, who once said that without the doctrine of sin, all the other doctrines topple like a house of cards. Now I will say there are many evangelicals out there who actually believe that they themselves are totally depraved and they are wholly dependent on the grace of God to do anything good, which is the way the doctrine is supposed to work.

The problem is when the evangelical imagination merges its doctrine of total depravity in a particular way with its doctrine of election, that God has arbitrarily chosen some people to fill with his grace and accept into heaven. That’s how we get the perverse ideology of the total depravity of the other, which appears to be a major catalyst of the ideologies of white supremacy and American exceptionalism. Humanity is wicked, but God chose me and my people to be his force for good in the world.

It is precisely this perverse combination of total depravity and divine election that produces Christian Zionism, which is not a belief that Jews are good people who will go to heaven, but a belief in the righteousness of God’s choice to elect some and damn others. Because saying, “That’s not fair; Palestinians should have the right not to have their houses randomly bulldozed” is kind of like saying, “That’s not fair. Buddhists and Hindus should be allowed to go to heaven too.”

The two “tough truths” of evangelical theology that it pits against the “That’s not fair” of secular liberalism are God’s arbitrary choice (to pick my people) and the irredeemable evil of people (who haven’t been chosen like me). That’s why evangelicals can promote anti-Semitic stereotypes about a Holocaust survivor like George Soros and also say that the Bible gave the Holy Land to Israel. It’s not about whether Jews are good or deserve nice things. It’s about the authority of God’s choice and Biblical proclamation over against self-evident secular humanist notions of fairness.

Again, many evangelicals put their doctrine together in much less toxic ways. Both total depravity and divine election can be a source of deep personal humility if I understand them strictly in terms of my own personal discipleship and not as a means of speculating about which sides God is picking in global politics. The problem is that the toxic ideology of the total depravity of the other is the version that has risen to the top when evangelical politicians consider how to relate to other countries, especially in the Muslim world.

That’s why it’s become unimaginable to consider what rational goals Iran might have for using nuclear energy or even why Iran’s proxy involvement in regional conflicts makes it a “rogue state” while it’s perfectly understandable for the US to have military bases in dozens of foreign countries and intervene covertly and overtly in other countries’ internal conflicts in every region of the world. How are Iran’s actions in Syria and Iraq any different than US interventions in Bolivia, Venezuela, Colombia, Honduras, and just about every other country in Latin America? The difference is that the US is elect and Iran is totally depraved.

Any foreign policy which depends on the dehumanization of the other as the a priori premise of its logic is toxic and antithetical to our mandate as Christians to be ministers of reconciliation. Until the demonic ideology of the total depravity of the other is cast out of our country’s politics, the US will not be capable of just, rational relations with other countries.

Please check out my book How Jesus Saves the World From Us.

January 4, 2020
Ten Spiritual Lessons From A Decade of Failures
Next Post 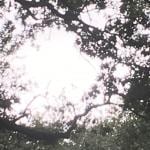 January 10, 2020 Becoming God's Breath
Recent Comments
0 | Leave a Comment
"As long as you believe in some uber demon you will always be fearful of ..."
JD Satan As The Virus of Enmity
"Mrs. Smith? Sorry, can you tell me what that means please? I'm not much of ..."
Malissa “All People Are Holy”: The Theology ..."
"Well I know a Palestinian priest who had his home bulldozed.Why do you think there ..."
Bones Iran, Mike Pompeo, and the Total ..."
"Jesus paid the price for our sins. It is up to each person to accept ..."
Guthrum What does the blood of Jesus ..."
Browse Our Archives
get the latest from
Mercy Not Sacrifice
Sign up for our newsletter
POPULAR AT PATHEOS Progressive Christian
1