Christian Ska! Steve Taylor! Guns and Genesis! The best of the CROSS.CULTURE.CRITIC. podcast 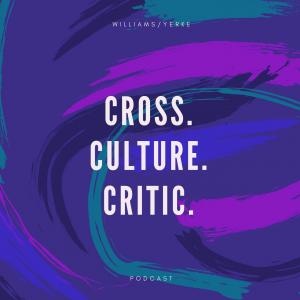 One of the great enjoyments of my past year has been the creation of the CROSS.CULTURE.CRITIC. podcast. I co-host this show with Joe Yerke, best known as the frontman for the Christian ska band The Insyderz. Each week, we talk about a variety of things, from serious topics to nostalgic looks at Christian culture to whatever random thing happens to be on our minds. It’s been a lot of fun and I’m very proud of the work we’ve done and humbled by the way our audience continues to grow.

Every Friday, you’ll now be able to listen to or download the latest episode of CROSS.CULTURE.CRITIC. here at Mere Chris-ianity. As a bonus, the post containing the latest episode will also include extended show notes, listener feedback and more.

To kick things off, I thought I’d dedicate this week’s post to some of the best and most popular episodes we’ve done as a way to introduce you to the show. It’s evolved quite a bit in just a year and there’s a lot to keep you interested. I hope you listen, enjoy and interact! Follow us on our Facebook page, linked to below, or email us at crossculturecritic@gmail.com.

CROSS.CULTURE.CRITIC. originally started as something much different. As someone who grew up in Christian subculture in the 1990s, I was curious about what became of many of the bands I had grown up listening to. Where were they now? Were they still believers? Did they still hold to the faith they had sung about? My original plan was for the show to be centered around interviews with people from that scene (the original name was going to be WHY SHOULD THE DEVIL HAVE ALL THE GOOD PODCASTS), mixed in with film reviews and thoughts about whatever was on my mind that week.

I knew I had a friend who’d gone to church with Joe, who lived locally. Given that I’d been a fan of the Christian ska scene and enjoyed The Insyderz, I reached out to see if he’d be interested in an interview. He immediately agreed and we met at a local coffee shop and talked in his car. I’d hoped he’d be generous enough to talk for 45 minutes. We talked for double that in what is still our most downloaded episode and one of my favorites.

We still occasionally feature interviews, and my hope is to start them up again once my schedule straightens out a bit. One of my favorites was the opportunity to chat with Reese Roper, lead singer of one of my favorite bands, Five Iron Frenzy. Reese lives in the middle of nowhere and our phone connection was a bit spotty, but the audio still comes through and the interview was a lot of fun. It was great to talk with Reese about Five Iron’s resurgence and the struggles facing a Christian band, especially when not all your members still hold to the faith. [[Note: I did attempt to complete the Christian ska trifecta, and I interviewed Matt Morginsky of the O.C. Supertones this summer. Unfortunately, in a complication that still gives me stomach pains, the audio didn’t record properly and I lost one of my favorite interviews ever.]]

If you talk Christian music, you really can’t do it for long without mentioning Steve Taylor. In the 1980s and 1990s, Taylor drove the Christian music scene, both as a solo artist and a producer. He’s also turned into a very capable film director, with movies like “The Second Chance” and “Blue Like Jazz” under his belt. When I reached out to him about talking for the show, I wasn’t sure whether he’d say yes. But Steve was awesome, emailing me right back and setting up a Google invite. We talked for nearly an hour about his solo career, work with groups like Newsboys and The Insyderz, politics, and his film work. He’s the real deal and I was so proud of how this one came out.

The week his interview posted, Joe texted to see if I’d be interested in doing something more regular, and I suggested bringing him on as a co-host. I initially thought this might be a biweekly thing. But if you’ve listened to the show or talked with Joe, you know he’s got an opinion on everything. That’s a great trait to have in a podcast co-host, and we ended up making the show weekly almost naturally, without a second thought. It’s been one of my favorite collaborations. Joe and I are opposites in many ways, including politically and with our interests, so it makes for lively talk and some intense discussions. These have gone on be some of my favorite episodes.

The topic of gun control will likely be a flashpoint in our culture for years to come. After the October 2017 shooting in Las Vegas, we dedicated an entire episode to talking about our views on this sensitive topic.

Joe and I also differ on our views of Creation. Where he’s a more traditional, six-day Creationist, I’m open to the idea of God using what we would call evolution to craft the universe. Our talk on this led to one of my favorite episodes.

I’m a movie guy. Joe’s a music guy. Specifically, he’s well-versed in punk. One of our most popular episodes is the two of us talking about the punk scene and what, exactly, is considered punk these days.

Finally, our main hope for the show is that we can have the discussions that aren’t happening in churches, sometimes saying things that might sensitive or uncomfortable to discuss in the open. Our frank talk about Christians and pornography tackled a topic that many like to stay silent on.

Christian culture is how this podcast started. It’s what I was enmeshed in growing up and what Joe contributed to in the 1990s. So it only makes sense that we should talk about that a bit on the show. Three of our most fun episodes have dealt with Christian music as we reflect on its silliness and look back at what we enjoyed.

This all started when we discussed a playlist that was circulating around a Facebook group I’m part of, which featured several popular Christian songs. We had a blast reminiscing about them.

The next time we recorded, Joe asked what Christian bands I’d want to see make a comeback. Again, this led to a lot of laughs and some reminiscing about musicians we missed.

Finally, we’ve started to recently go back to our Spotify lists, pick out old CCM albums and give the a listen over the course of an episode. Our first pick was Michael W. Smith’s “i 2 (eye),” which we both found holds up really well.

There’s more to come! I hope you subscribe to the podcast and follow us on Facebook! There’s good discussion coming, and you’ll catch it each Friday here at Mere Chris-ianity! 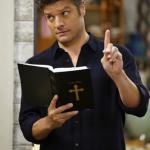 March 8, 2018
'Living Biblically' — in front of a live studio audience
Next Post 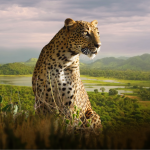 March 12, 2018 'The Riot and the Dance' takes a breathtaking tour of 'God’s Museum'
Recent Comments
0 | Leave a Comment
Browse Our Archives
get the latest from
General Christian
Sign up for our newsletter
Related posts from Mere Chris-ianity