Suspicious of dishonest questions, Jesus proves himself to be a master of the insult by quick responses and the story of the “Good Samaritan.”

Often Jesus is asked questions by people in the Gospels. Do you think that they are legitimately seeking his wisdom? In the Middle Eastern world asking questions is a common strategy for shaming others. Therefore questions are viewed by people there with suspicion. Honest questions seeking information are extremely rare in that world.

Why would an elite scribe, a master of the Torah, care about the opinion of an illiterate Galilean artisan and day laborer? Answer: he doesn’t. What he desires is to expose Jesus publicly as an ignoramus, an arrogant ass who dares to step beyond his social status masquerading as a teacher. Calling the peasant Jesus “teacher” is mockery. Insults abound in this world.

This scholar wants Jesus dishonored, shamed. In this vicious example of the Mediterranean social game of “challenge and riposte,” the elite scribe bets that peasant Jesus doesn’t have a clue to what the answer is. He attempts to trick Jesus into publicly displaying his ignorance, or fessing up to his ignorance.

Jesus’ enemies, almost always from a higher social status than he, are recorded in many places throughout the Gospels with similar tricks, traps, snares, and the desired goal is the same. These are very stressful episodes. In one account Jesus was on the ropes, and for a bit, resorted to doodling on the ground, a common Mediterranean strategy for buying time while nervously thinking up a proper response.

Saying nothing would be disastrous, however. Failing to answer admits defeat in this very public world of the Gospels. The result is shame, the fate worse than death in the world of the Bible. Jesus has to say something!—anything, even something incorrect or a blatant lie would be preferable to silence.

A common defense is to lie, to offer any answer, even if incorrect. Not to answer is an admission of ignorance or an admission that any answer will only result in defeat and shame. Later on in the Matthean story, Jesus is asked by enemy Pharisees whether it was lawful to heal the man the withered hand on the Sabbath (Matthew 12:9-14) Recognizing the trap, Jesus shames them instead.

Look at the insults of Jesus throughout the Gospels! The Gospel named “Matthew” is chock full of Jesus’ insults. The Sermon of the Mount presents a series of insults leveled at the (Ben Zakkaist?) Pharisees (Matthew 6:1–18). Just after the Sermon, in an account of Ten Mighty Deeds of Jesus (Matthew 8–9), the Matthean Jesus insults his own people as he responds to the Centurion’s request (Matthew 8:10).

The disciples of Jesus are stricken with terror as the storm rages, but the Matthean Jesus sleeps (Matthew 8:23-25). Once awoke, Jesus insults his followers as being void of loyalty (Matthew 8:26), his favorite insult for them (Matthew 14:31; 16:8; 17:17, 20). Pious readers often miss how insulting it is for Jesus to tell his followers to become like children (Matthew 18:3). In antiquity, given high mortality rates, childhood was a time of terror.

The worst thing Jesus can call anyone is Gentile (Matthew 10:5; 18:17). This is on display in the story where Jesus calls a Canaanite woman a “dog” (Matthew 15:26). This foreigner (and worse, a foreign woman!), tries to request a favor of healing from him, and he insultingly ignores her (Matthew 15:23). The Matthean Jesus seems awfully ethnocentric (Matthew 15:24)! By the way, this foreign woman is the only person in the Gospels to beat Jesus at his own game of challenge and riposte (Matthew 15:27)! So, the defeated Matthean Jesus grants her request.

In today’s Gospel, the elite scribe tests Jesus by asking him, “Teacher, what must I do to inherit eternal life?” So Jesus insultingly retorts, “How do you read it?” Mind you, this specialist in the written word of God is one of two percent who can read and write.

In today’s Gospel, the elite scribe responds to Jesus’ question correctly citing Deuteronomy 6:5 and Leviticus 19:18. But this is somewhat humiliating as in doing so he admits publicly he lied by feigning ignorance. This master of the law knew the answer all along and was just trying to destroy Jesus by asking him in deceitful make-believe. Thus he has shamed himself.

The humiliated scribe attempts once more to save face by asking Jesus yet another dishonest question: “Who is my neighbor?” Jesus, along with every Israelite (and every Mediterranean for that matter), knows the answer is one’s own KIN or PEOPLE—such is the cultural context and that of Leviticus 19:18. This new question is an obvious lie!

So the elite scribe has been caught in two lies. The first, feigning ignorance while trying to trap Jesus. The second, desperately trying to salvage his marred reputation. This leads to Jesus’ K.O.—the parable about a Samaritan trader. Explore this parable in the video below:

The Costly Grace of Jesus’ Insults

You have to keep in mind the public nature of these exchanges. As with today’s Gospel, the Evangelists assume readers recognize that there is always an audience present witnessing these exchanges determining who won and who lost. “Matthew,” “Luke,” and every Mediterranean knows there can be no honor or shame without publicity.

Jesus is depicted in the Gospels as not being a very nice person, and definitely not the often cute, warm, congenial to Western sentiments identity-theft we depict in religious storybooks and some devotional art. Romans maybe would laugh at such a “Jesus.” It is doubtful they would crucify this fiction. But you never have to worry why Jesus ended up the way he did if you read the Gospels respectfully. His gruesome and horrifically torturous death was a foregone conclusion given how he conducted himself in public.

This lowlife village artisan turned folk healer relentlessly dishonored those more powerful above him in humiliating exchanges. Consider the consequences of losing repeatedly in these honor-tests to a Galilean nothing-person while his fame and honor increases. Jesus crucified is the cumulative effect. 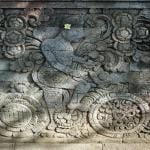 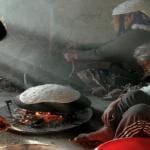 Boom: how one priest transformed a...
The Deacon's Bench
Related posts from Messy Inspirations 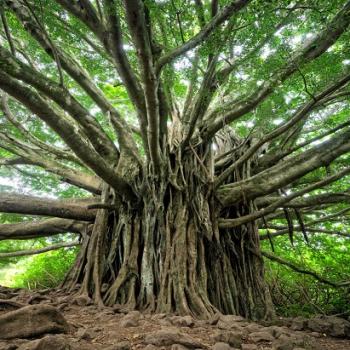 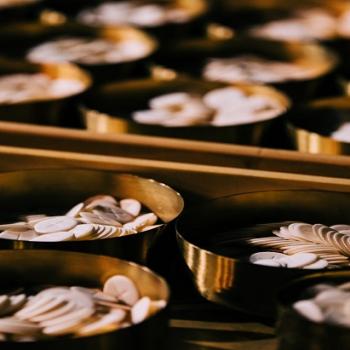 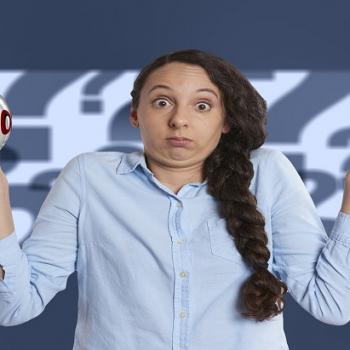 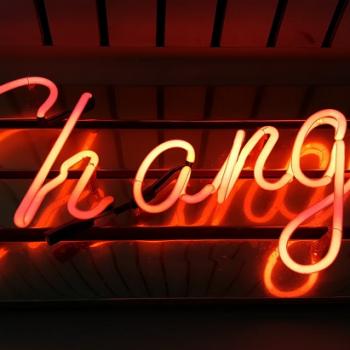