For as long as we’ve known her, Mediterranean Mary has been used to service cultural values.

The Mary we know today is very much like a Germanic goddess or elfin queen from Tolkien’s The Lord of the Rings. In contrast, the historical Mary, illiterate peasant nothing-person from Galilee, was Mediterranean.

Centuries later, the Mary fancied by the earliest Christians—ca. 325 CE—was an elite lady. But she, too, was Mediterranean. So also were the Marys imagined before by the evangelists we name “Mark,” “Luke,” as well as the Johannine “Mother of Jesus” called “woman.” Despite the differences, one element is constant—the same culture. The Mary of the earliest believers of Jesus was a Mediterranean Mary.

Some Gospel depictions of Mary are negative. Others are more neutral, while some are positive. The picture is hardly uniform. But one thing is constant: Mary in the New Testament is always a Mediterranean woman.

Here is a video presentation on Mediterranean Mary—

A Positive Take on Mediterranean Mary

Where does positive Christian thinking about Mediterranean Mary of Nazareth originate? Certainly not from the first gospel, “Mark,” which holds Jesus’ biological family in contempt. No, the roots of all positive Christian understandings of Mary originate in the infancy stories, Matthew 1—2, but mainly, Luke 1—2.

But wait a minute! What’s the focus of these Christmassy Infancy Stories? Mary? No way. Jesus is their focus, not Mediterranean Mary. And we’ve talked before about how these stories were produced. It wasn’t from Western journalistic research and investigation. Instead, knowing what we do about ancient biographies, we can be confident that the irreconcilable infancy stories were deduced from the adult Jesus crucified and risen hero.

What the Mediterranean hero does as an adult, he must have done similarly as a child. Didn’t Herakles battle the Hydra? Then undoubtedly, as an infant, we should expect him to have slain serpents also. And didn’t Jesus turn Jerusalem and the Temple upside down before his death and resurrection? Then certainly later authors could surmise he must have done the same as a child (see Matthew 2:1-3 and Luke 2:22-38; 41-50). Note both “Matthew” and “Luke” depict the young Jesus this way, even in ways that are impossible to agree with each other.

There is no psychological development conceived of in the world of the Evangelists. Children were seen as adults in miniature. So, when ancient authors described and assessed the births and childhoods of great heroes, all they had to do was look at the status and roles they enjoyed as adults. No interviews with witnesses were necessary! Because if Jesus of Nazareth is the risen Messiah soon to come, then Matthew 1—2 and Luke 1—2 will flow naturally.

So these infancy narratives are not fact-precise biographies. And we are talking about this because it is precisely these infancy stories that give us our earliest positive views about Mediterranean Mary. You will never arrive at her “Immaculate Conception” or “Assumption” without these two stories. Nope, uh-uh, no way that’s happening. And these primarily unhistorical stories really aren’t focused on her, to begin with!

Ancients viewed human personalities statically and stereotypically. According to them, personalities don’t really change! Great heroes were seen as being great right from birth, and they remained great throughout their lives.

Now, what about Mediterranean Mary? Whatever is said about her in the infancy stories isn’t a fact-precise account about her or Jesus. Instead, these details about her provided by these late first-century documents underscore Jesus’ qualities as a person. They amount to “preflections” of Jesus the hero, the Risen Messiah.

Did Jesus’ resurrection usher in “the last days”? And didn’t those times expect that “young men shall see visions and old men dream dreams” (Acts 2:17)? Yes, and yes! True to form, we see old men dreaming of God giving them instructions in “Matthew.” Therefore, they must have been old men. In a significant departure, “Luke” must inform his audience that the visionary Zechariah is old. Otherwise, his audience might mistake Zechariah as a young man.

“Luke” depicts Mary experiencing a procreation vision. Why? Because that’s typical for the Bible and other ancient Mediterranean accounts where gods converse with women. Why would God bother talking to a woman? Only if it concerns their reproductive functions and gender-based roles, see? Isn’t that what Gabriel’s discussion is about?

In the social world of the Evangelists, everyone knows that if you place a man and woman together, sexual relations are inevitable. They will behave as culturally expected unless they get prevented by social sanctions and other boundaries. The Mediterranean world of the Gospels is fiercely gender-divided.

Mediterranean people believed that when cornered, a solitary female, at first, may try to fight a male off. Still, once he touches her, she will readily give in to his advances. This applied to earthbound males and to male spirits from the sky-vaults above.

Look what happens when the Lukan Mary is alone with Gabriel. Obviously, there is nothing lustful here. But the author understands and presents traditional Mediterranean cultural urgency to keep women always encompassed and guarded. This is a stereotypical, not fact-precise biography, folks! Mediterranean Mary is placed into a challenging situation here.

Her response, which generates endless devotional fruit, is stereotypical also. Her words in Luke 1:38 really mean, according to the Mediterranean stereotype, “As you like!” That’s Mediterranean Mary!

Because of her vision, the Lukan Mary can do impossible things for peasant women of her culture and rank. What impossible feats? You know, like traveling alone from Nazareth in Galilee southward into Judaea (Luke 1:39).

And we see that her fetus is doing amazing things normal fetuses can’t. Her fetus is apotropaic, capable of warding off demons. Even another extraordinary fetus, Elizabeth’s son (Luke 1:41), can recognize Mediterranean Mary’s fetus. Do fetuses really behave this way? They do in stereotypical hero childhood accounts from the ancient Mediterranean world!

Why does Elizabeth proclaim Mary blessed in her reproductive role (Luke 1:42)? Because “Luke” investigated as if he were an American journalist or historical scholar interested in just the facts? Hardly. It’s because he expected her to behave that way in the Spirit. It matches the Mediterranean stereotype.

Why does Mediterranean Mary harshly bind up Jesus by swaddling him in his account? Because all Mediterranean children were in this authoritarian society. Therefore Jesus must also be. And the author presents this detail as something significant to the shepherds (Luke 2:12).

Why do all the Gospels present Jesus either talking down to his mother (see Luke 2:49 and John 2:1-4) and distancing himself from her smothering Mediterranean dominance (Mark 3:31-35)? Because the historical Jesus actually did this? Maybe. But probably it was because this behavior was proper to a great hero whose honor, because of God, far outranks any lowly peasant earthly origins.

Unnamed Mother at the Cross

Ever wonder why, unlike “John,” the Synoptics say nothing about Mary being at the foot of the Cross? Did you even notice this glaring difference between the Fourth Gospel and “Mark,” “Matthew,” and “Luke”? Correction—”John” doesn’t really say that Jesus’ mother named Mary was at the foot of the Cross. Instead, he says that “the mother of Jesus”—a woman “John” never names—was there.

Did the author of the Fourth Gospel even know her name? He mentions that “the mother of Jesus” attended the wedding in Galilee (John 2:1-4), but she is never named. Why? It’s from the Synoptic Gospels that we learn that Jesus’ mother’s name was Mary. Would we even remember her name at all without the traditions behind those documents?

In “John,” the beloved disciple stands beside the unnamed mother of Jesus by the Cross (John 19:25-27). Who are these two people? From that text alone—the only one that mentions this happening, by the way—we can’t tell for sure. It’s vague! Was “John” ignorant about who Jesus’ mother was? He seems to have been utterly clueless about Jesus’ belonging to David’s line and the place where Jesus was born (John 7:40-44)!

So as the first five centuries passed, the Church in Mediterranean style always presented Mary in a way driven by Mediterranean cultural values. She’s always Mediterranean Mary. And she went from mostly unknown typical Mediterranean peasant woman to idealized Mediterranean elite woman as time and theology rolled on. Eventually, through Germanic influence and medieval excesses, she became Galadriel. 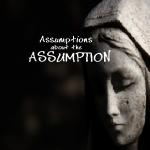 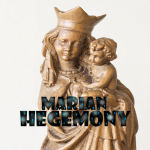 August 18, 2021 Marian Hegemony
Recent Comments
0 | Leave a Comment
"No"
Ame Apocalypse & 666: What Does this ..."
"That's right. We can never be certain so let's not try. /s"
Raymond Timothy and Titus Are Forgeries, and ..."
"That's right. Context doesnt matter. Knowing anything about the history and background of Scripture just ..."
Raymond Timothy and Titus Are Forgeries, and ..."
"If you have time please take a look at this.Obama lottery 666 you have got ..."
geirsmith Apocalypse & 666: What Does this ..."
Browse Our Archives
Related posts from Messy Inspirations 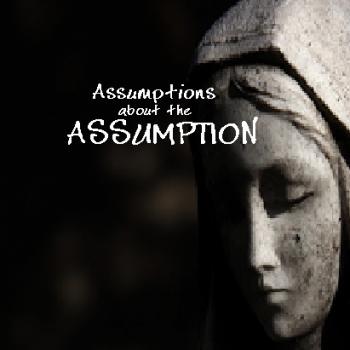