“Mark” and Mary for Mother’s Day

“Mark,” the earliest Gospel, does not present a flattering picture of Jesus’ biological family and mother.

“Mark” doesn’t give us a nice, Mother’s Day image of Mary, the mother of Jesus (please see yesterday’s post about Mary). Indeed, the Markan portrayal of Jesus’ entire natural family can be quite shocking to Catholic Christians! Dated at around 70 CE, this is the earliest document we have that features Mary (Mark 6:3).

Forty years pass since the death and resurrection and not a word about Mary was written! And the first chance someone gets to write about her isn’t pretty. Watch below…

Early in the Gospel of “Mark,” powerful forces becomes enemies of Jesus (Pharisees and Herodians). They want Jesus dead (Mark 3:6). Therefore, what does Jesus’ mother and biological family resolve to do? They agree with the scribes (Mark 3:22) and declare him crazy (Mark 3:21), equivalent to being possessed. Why?

From the very beginning of Mark’s storyline and throughout the entire Gospel, the Markan Jesus pisses off powerful people. Repeatedly this Galilean peasant and master of the insult publicly humiliates influential and deadly enemies. To be shamed in public is worse than death in the Mediterranean world where honor is valued above all else.

What happens in the biblical world to someone who shames another and fails to make appropriate amends? It is assured that either that offended person himself (yes, that’s deliberate gender usage) or his avenger was honor-driven to kill the offender. Therefore, in this cultural world of honor and shame, the offender (Jesus) is as good as dead! Consequently, his fate is sealed.

Unless, and only unless, Jesus’ family declares him being out of his mind. Scholar John Pilch says that’s the only escape in this world from the death sentence Jesus actively sought out for himself. But such a declaration comes at a hefty price! Because now Jesus’ family have to keep him housebound—he can never again leave, find work, act publicly, marry or anything a normal Israelite male would do. But, hey!—at least he’d be alive, right? Although many would prefer death to such a “life.”

This is what the mother of Jesus and his kin are trying to do with him in “Mark.” Because they wish to save him and stop him. After all, he is embarrassing them. And humiliating them. And endangering their social position through his antics and scandal. So positively, they attempt to save him; negatively, they become an obstacle to him. Their efforts are thwarted regardless (Mark 14:1-2).

Folks, this doesn’t place Jesus’ mother and biological kin in a good light. No matter how you spin their desire to see Jesus safe, reading the whole of the Gospel called “Mark” we realize that Jesus’ mission was backed by God, empowered by God, and God-willed. Any attempt to stop Jesus’ ministry, even to save him, is against the will of God and the work of Satan (Mark 8:31-33). Given that, can you honestly say that the Markan portrayal of the Mother of Jesus is positive?

Certainly Mark 3:20-35 presents a most unflattering picture of Jesus’ village family. If this Gospel were the only one, we would never have known a richly evolved Mariology or any of our favorite Marian devotions. Mary is presented so negatively in “Mark.” Look at how the author fortifies the negative portrayal by Jesus’ complaint in Mark 6:4—

Jesus said to them,
“A prophet is not without honor except in his native place and among his own kin and in his own house.”

That bit about “in his own house” is damning, folks.

Mariology Impossible with Only “Mark”

According to “Mark,” both she and Jesus’ biological kin from Nazareth are depicted as outsiders, rejected in favor of Jesus’ new fictive kin, the Jesus Movement (Mark 3:31-35). They obstruct Jesus, the son of God (Mark 1:1, 11, 24; 9:7). Mariology is impossible with this document alone.

We have a vast treasury of Marian beliefs and practices. It didn’t come from “Mark” alone. Tomorrow, we will explore how this evolved as we go forward in the evolution of the New Testament and Gospels… 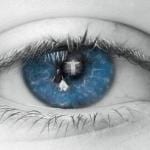 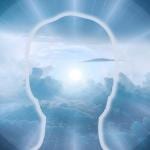 May 11, 2020 Techniques to See God
Recent Comments
0 | Leave a Comment
"Much the wisest piece about the challenges of applying Scripture to life in the present ..."
Brad of the North Meaning and the Words of Scripture
"Hmm. Nothing to apologize for? How about: Crimes Against Humanity (the Crusades). Genocide (Missionaries in ..."
Kyllein MacKellerann " Witches Burning—The Most Shameful Episode of ..."
"How about apologizing for murder?"
Mike Curnutt Witches Burning—The Most Shameful Episode of ..."
"I seriously doubt any of the people who were murdered were actually witches."
Mike Curnutt Witches Burning—The Most Shameful Episode of ..."
Browse Our Archives
get the latest updates from
Messy Inspirations
and the Patheos
Catholic
Channel
POPULAR AT PATHEOS Catholic
1