Only “Matthew” and “Luke” tell stories of Jesus’ infancy—from where did they get their information?

When ancient authors, like the anonymous Evangelists we call “Matthew” and “Luke,” described the birth and childhood of a hero or famous person, where would they research and gather data? And how would they verify sources and check facts? Would they interview the parents and relatives of the hero? His childhood friends who knew him?

In fact, these authors performed no journalistic investigations as we’d imagine. It turns out they didn’t need that. Discovering how it happened takes significant rethinking. Watch the video to see what I mean—

According to Context Group scholars Bruce Malina and Richard Rohrbaugh, all ancient authors needed was an image of the adult hero’s status and roles. A few factual details and updated memories gathered from the Jesus groups of their day are all “Matthew” and “Luke” would need to construct an account of Jesus’ childhood. This was because such stories were always based on what the hero became as an adult.

How was that possible? How could you write a biographical story about someone’s infancy and childhood if you don’t first confirm your reliable sources and get the facts? That’s just it—Matthew 1—2 and Luke 1—2 aren’t biographies, folks.

According to Malina and Rohrbaugh, ancient authors were convinced that human personality never changed throughout life. Therefore, to them, a child was an adult in miniature. So we should stop thinking of “Matthew” and “Luke” as Western authors mindful of a child’s psychological development understood through modern scientific research. They were oblivious to psychology. They never imagined anything of that sort.

How did the discovering of baby Jesus happen for “Matthew” and “Luke”?

In the cultural world of Jesus, the transition from child to adult was social, not psychological, says Malina and Rohrbaugh. Thus, when one entered the world of adults, adulthood began. Hence, Mediterranean boys became men when they entered the brutal Mediterranean world of men; Mediterranean girls became women at the wedding-transfer, happening just before or at menarche.

Note the social nature of these movements: boys out from women’s world into the harsh male world. And girls move out from their father’s house into the patriarchal compound of her husband’s father. Again, these transitions were social, not psychological.

Jesus, although first appearing to everyone as a poor, Mediterranean nothing-person, turned out to be a great hero. In other words, he died and became famous. When you die and are risen by God as messiah soon to return to inaugurate Theocracy from sky vault and appear to many as such, that makes you great and famous. The only way an ancient person received a childhood account was after he died, he became famous.

Gospels Present a World of Stereotypes

Malina, Rohrbaugh, and friends in the Context Group of biblical scholars remind us that the Gospels’ Mediterranean cultural world is a world of stereotypes. See one Pharisee? That means you’ve seen them all. See one Nazarene? Then you’ve seen them all, and there’s nothing much to see because you already know nothing good comes from there (John 1:46).

The Evangelists experienced the reality of the Risen Lord regularly and routinely in what cognitive neuroscience and anthropologists term “altered states of consciousness.” They knew he had been raised by God indeed, and therefore was great indeed.

But they were understandably too embarrassed by Jesus’ lowly Galilean origins in nothing-place Nazareth. Added to this was a memory of his mother being shamefully pregnant before living with her husband. The early Jesus groups would never have invented these dishonorable, embarrassing facts. Rest assured, those things were not only true, but also happened.

Discovering How the Infancy Narratives Were Written

To write an account of a great person’s childhood required no research. And Evangelists wouldn’t need to interview parents, or home village, or childhood friends and acquaintances. According to Malina and Rohrbaugh, almost all the information “Matthew” and “Luke” needed for this task could be solidly inferred from Jesus’ adult behavior (Luke 19:45-48, therefore Luke 2:41-52). Because every ancient knew that a great adult (e.g., Matthew 27:29) must have been great in miniature as a child (e.g., Matthew 2:1-12).

Whatever outstanding characteristics the hero had as an adult simply must have been there from birth. They would have remained constant throughout the great one’s heroic life. This is how ancient Mediterraneans perceived, understood, and communicated human maturation. The unknown, anonymous Evangelists we call “Matthew” and “Luke” were no different.

Was the hero Jesus of Nazareth the Messiah soon to come from God with power? “Matthew,” “Luke” and their audiences would unhesitatingly affirm this. Suppose this significance and greatness were real of the adult Jesus. In that case, it must also have been just as accurate of the infant Jesus. Consequently, since this was indeed so of the Risen Jesus, it was evident to the Jesus groups that his birth and childhood had to be exactly like “Matthew” and “Luke” described it.

And who cares that both accounts have so many disagreements and irreconcilably contradict each other?

Biographies or Something Else?

The Evangelists only include them to highlight Jesus the Great One. These characters are not provided to flesh out biographically his relations or to provide a photo of people who actually were there as they were, if they were. Consequently, instead of imagining the infancy narratives as fact-precise biographies, Malina and Rohrbaugh invite us to see them as “preflections” of Jesus, the risen Messiah, and the Cosmic Lord.

Wasn’t it expected that, in the last days before God established Israelite Theocracy, “young men shall see visions and old men shall dream dreams” (Joel 3:1; Acts 2:17)? Therefore “Matthew” features an old man dreaming dreams (1:20-35; 2:13-14; 19-21). Malina and Rohrbaugh explain that “Matthew” doesn’t explicitly say that Joseph is old, still, his readers could infer that he must have been old given his dreaming. In contrast, “Luke” must clarify that Zechariah is an old man because otherwise, his audience would imagine him young due to his visions (1:8-20).

Note how “Matthew” and “Luke” write their infancy narratives according to Mediterranean cultural expectations. When God communicates with women, the exchange is limited to female reproductive functions and gender-based roles (Luke 1:26-38). An inspired Mediterranean man remains still a Mediterranean man, my friends!

Discovering Our Spurious Familiarity with Christmas

Folks, these accounts, like the rest of the Gospels and the whole Bible really, were not written for, by, or about 21st-century North Americans or Northern Europeans. They lack our interests and sensibilities and our obsession with facticity entirely. If we are going to taste their Good News, the first step is reading them respectful of their culture. 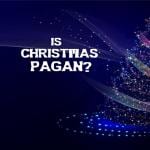 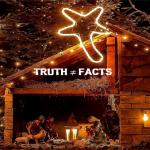