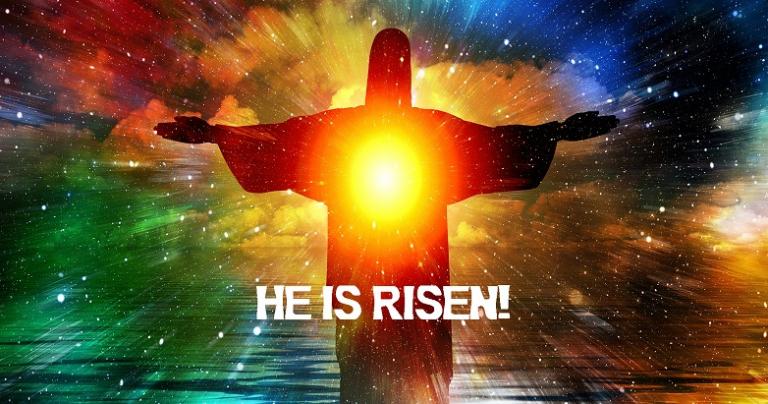 Christ truly is risen, and human beings can really experience his transforming Spirit, even Americans.

People experienced Christ alive in altered states of consciousness. At the edge of Easter-time, we continue with our focus on the resurrection appearances of Jesus Christ shared in the past few posts. What a wonderful thing it is to say that God raised Christ from the dead! If you know about Jesus, his world, who he was, and his humble beginnings, it magnifies the wonder.

Hope in a Crucified Christ

We could really use a fresh outpouring of the Holy Spirit in these dark days. This Pentecost, America burns. But the fires have been stoked for four centuries of murdering precious black children of God, a damnable tradition built upon the systematic genocide of indigenous peoples. George Floyd is yet another lynched martyr along with Ahmaud Arbery, Breonna Taylor, and countless others.

When black Americans protest peacefully, like Colin Kaepernick, by taking a respectful knee, they are labeled as traitors and bums. When they exclaim how their lives matter, they are shouted down with the gross dishonesty and hypocrisy of “ALL LIVES MATTER!” Nothing the marginalized do or say is ever right. Except when they remain silent and docile—that alone is acceptable to the greedy, hate-filled, and corrupt masters of the status quo.

People, in the area I live, scramble to quote a grossly re-contextualized Martin Luther King, Jr. for ammunition to denounce the protests going on. How odd, when the same people for years routinely denounced King as a communist, a cheater and womanizer, a plagiarist. But now King is their champion for peace. I remain unconvinced of their metanoia. And this problem isn’t going away.

We gasp and choke in a failed and seemingly irreformable social experiment. Those meant “to protect and serve” molest human dignity and rights under corrupt legal and economic systems. Everything and everyone is for sale. What hope can be found in a crucified, mangled Galilean peasant Christ? What hope can be found in the weakness and stupidity of God (1 Corinthians 1:25-29)? Only by the power that is the Spirit of Christ can we see our own crucifixion and resurrection here as children of God, like the marginalized Johannine community long ago (John 20:19-23).

According to scholar John Pilch, people recognized Jesus as a holy man or folk healer in the late 20s CE, just before his death. The prepaschal Jesus restored meaning to people’s lives. Both in what he did and what he said, he proclaimed Israelite theocracy. It was at hand, immanent. Some accepted Jesus and his solution to the problem of his day. Others rejected him.

But the Cross changed everything. His death was utterly shameful. Jesus’ followers wondered if he had deceived them. Surely the God of Israel would not allow such a thing to happen to his chosen one. Cursed be everyone who hangs from a tree.

But almost immediately following his shameful death, Jesus’ closest associates began experiencing him transformed and alive in altered states of consciousness experiences. What did this mean? Only the God of Israel can raise a person from the dead and give him sky vault life as a glorious star. So God must have done this. But for God to do such a marvelous thing meant that God had not rejected Jesus after all. Consequently, the crucified Galilean pleased the God of Israel.

Therefore the God of Israel rewarded Jesus with anastasis, resurrection, a divine reward bestowed on righteous Israelites. God did this for Jesus, his followers understood, and established Jesus as Cosmic Lord and messiah—the Christ—soon to return to inaugurate Theocracy in the land of Israel.

God raised this Jesus; of this we are all witnesses…

Therefore let the whole house of Israel know for certain that God has made him both Lord and Messiah, this Jesus whom you crucified.”

Pilch cautions us not to think that only Jesus friends and followers of Jesus saw him raised. Nonbelievers and even enemies did also. Paul of Tarsus was an enemy and skeptic of Jesus. He witnessed him risen (Galatians 1:15-16; 1 Corinthians 15:8-9; 2 Corinthians 4:6; Philippians 3:12). We will discuss Paul in future posts.

The author we call “Luke” spins a speech he places into the mouth of Peter in the tenth chapter of “Acts.” Pilch cites a section of this speech, explaining that the Lukan Peter shares something commonly known from the fieldwork of anthropologists—

This man God raised (on) the third day and granted that he be visible, not to all the people, but to us, the witnesses chosen by God in advance, who ate and drank with him after he rose from the dead.

Therefore, just as anthropological studies show, all human beings are hardwired for experiencing God and other spirits in altered states of consciousness. Nevertheless, Pilch spells out what Peter says, namely that it is not the seer who determines if and when such encounters happen. As a result, it must be persons from the realm of God who determine when and if this happens. Ultimately, the spirit world (or alternate reality) is real.

Pilch explains that all human beings are capable of ASCs. God biologically “hardwired” the great visionaries of the New Testament and mystic seers throughout Church history the same as every human being. We can all experience God and others from God’s realm in over 35 different states of awareness. But none of us are capable of initiating these interactions, says Pilch in agreement with Peter in Acts. Ultimately, that business belongs to God and those from God’s realm.

The Power of Christ and Sin

One more thing. Consider the resurrection appearance story in today’s Gospel, John 20:19-23. In it, Catholics read about forgiveness of sins, and we tend to think about “lists of sins,” acts or moral wrongdoing. But “John” has something else in mind, something that resonates with problems going on right now in the U.S. The Johannine Jesus viewed Sin (hamartia) as an evil force set loose in the world. The Johannine Jesus provides a holy force to counter the evil force that is Sin.

According to scholar John Pilch, our ancient New Testament ancestors in the faith understood wind and water and fire to bear the qualities we associate with liquids. Hence their belief that God “pours out” wind or spirit (Ezekiel 39:29; Isaiah 32:15; Joel 3:1-5). The Johannine community experienced the power of the Spirit of Christ as a Holy Force via altered states of consciousness. In an ASC, when the cerebral cortex shuts off, new associations and possibilities happen. We Americans desperately need such a force of change today.

This Pentecost, American believers need to be open to the Good News that Christ offers us a Holy Spirit (never translated rightly as “Ghost”) to do battle with the force of evil in our midst.

June 1, 2020 Tips Helpful on Scripture Reading
Recent Comments
0 | Leave a Comment
"No"
Ame Apocalypse & 666: What Does this ..."
"That's right. We can never be certain so let's not try. /s"
Raymond Timothy and Titus Are Forgeries, and ..."
"That's right. Context doesnt matter. Knowing anything about the history and background of Scripture just ..."
Raymond Timothy and Titus Are Forgeries, and ..."
"If you have time please take a look at this.Obama lottery 666 you have got ..."
geirsmith Apocalypse & 666: What Does this ..."
Browse Our Archives
Related posts from Messy Inspirations