Witches accused and condemned to burn are probably the worst most shameful crime ever committed by the Church.

Witches of the Sea, haunted lighthouses, and stormy weather! I had the deep Halloween and American pleasure of seeing THE LIGHTHOUSE over the weekend.

I’m a big Willem Dafoe fan. Been so ever even at 14, when I begged my mother to drive forty miles one Sunday after CCD to watch THE LAST TEMPTATION OF CHRIST. My whole class had been forbidden to see it by the childish, anti-intellectual and miserable religious sister teaching us the sacraments. So quite naturally it became a moral obligation for me to do so.

What a filmmaker we have in young Robert Eggers! Just two films in, both brilliant and haunting. I fell in love with his style and direction with THE WITCH back in 2015. The film professes to be a New England folk tale, an explanation of what COULD have happened to an excommunicated family living in sin out in the wilderness where witches abound. Sirens and sea-gods haunt THE LIGHTHOUSE, a melancholy work every bit as challenging as its predecessor.

As works like Egger’s first movie show, witches have been with Western civilization and Christianity for a long age. These shadowy figures decorate our Halloween celebrations. Witches play great roles in our creative romps from Broadway’s WICKED to Shakespeare’s MACBETH. Witches remind us of our Pagan roots, and the roots of the Axis Mundi or World Tree where sit three weird sisters, call them Fates or Norns depending on your consensus reality. They speak of the doom of things.

Witches also speak about grave injustices done to women throughout Church history. In our Halloween play, they become a kindly, humorous, and fun way of dealing with a kind of trauma we just can’t seem to hack—how we perennially treat women and their role in authority and in being shamanic brokers with the divine.

The horror of the sex abuse scandal is more terrible than the situation that precipitated the Protestant Reformation. No words adequately describe just how horrifically bad it is for the Church today. It’s difficult to imagine worse times. But there have been worse times.

Over its history the Church has known outrageous and spectacular scandals of infamy and injustices as we are going through today with the plagues of sex abuse and stealing mired in the blight of clericalism. Indeed, it could very well be that the most shameful episode of the entire history of the Church was the persecution of the witches and its centuries of death and misery.

And before any one opens up about “the worst was Judas and the rest of the Twelve betraying and leaving Jesus” or some spiritualizing nonsense, save it. That’s just a pious escape so you don’t have to eat this crow I am about to serve. And both of us have to eat this bitter supper together, my fellow Catholic!

In 1484, Pope Innocent VIII declared disbelief in the power of witches to be heresy, subject to torture and execution by being burned to death at the stake. We have spoken here about cruelty before. Think about that kind of death for a moment, loving Christian readers. Imagine the public spectacle. People gather to watch in glee, munching on food like Americans at a sporting event. They cheer at the shrieks of terror and agony. This is how it was in the Catholic Germanic kingdoms.

This was ironic on multiple fronts. For a long time earlier, the “o” orthodox position was NOT to believe in the power of witches! In the twelfth century, the canonist Gratian maintained that it was ludicrous to imagine witches with terrible and fantastic powers. He and others like him referred back to the Council of Ancyra (314) which they thought proclaimed witchcraft to be a diabolic illusion.

An Excursus on Witches and Shamans

Dance with me through a brief excursus now about the Biblical “hell”—I must put it into scare quotes because our idea of “hell” is far too advanced a theological concept to belong to the Bible. The Hebrew word employed 65 times in the Hebrew Bible to refer to the abode of the dead is Sheol. It wasn’t really a place of punishment originally, more like a netherworld of shades.

Scholar John Pilch maintained that Sheol derives from the Semitic verb “to ask” (šāʼal, the same root for the name of King Saul). Ancients sought advice from the roots of the Cosmic Tree long ago, so this etymology is culturally plausible.

Although each gives them different names, every culture recognizes holy persons. The word “shaman” is from the Tungusic peoples describing Siberian holy persons. It is here where anthropologists first studied holy persons and so adopted the term “shaman” and transported its use to holy persons from every region on earth.

The common pattern all shamans have no matter their cultural distinctions is adeptness in inducing and navigating altered states of consciousness experiences, panhuman phenomena. Shamans barter favors with alternate reality or the spirit world, usually healings.

Saul and the Medium

The Philistines were attacking (1 Samuel 28). King Saul sought help from the God of Israel, but silence greeted him from the usual shamanic means, whether from dreams, the Urim, or authorized prophets (1 Samuel 28:6). So, desperately, Saul sought out unauthorized shamanic help. He went to a medium. She brought up Samuel.

The Bible is a library. In some sections of this sacred library, unauthorized shamans get condemned (eg. Deuteronomy 18:10-12). It’s important for Christians to remember that none of Jesus’ enemies denied his mighty deeds, signs, and wonders. Balking at his lowly social status, they rather asked where this upstart peasant from Galilee acquired his unauthorized shamanic gifts. This was true in many Israelite circles long after the Resurrection. Although Jesus groups would say differently, Ben Zakkaists would argue that Jesus was a magician, an evil demon-possessed shaman.

So going back to Church history, for a long while the official position held by the Church was that witches have no power and we shouldn’t believe otherwise. But then Church teaching changed. How? By way of a few steps…

In 1291, Pope Gregory IX established the Inquisition. Soon he was flooded with sworn statements from the Inquisitors about the menace of the witches! They’re everywhere doing evil.

For centuries leading up to the fateful papacy of Pope Gregory IX, ordinary folk knew nothing about the orthodox position being that witches had no real power. Just like in our times, the mostly uninformed and ignorant laity back then pooled ignorance also. Just like in our times, ancient common folk fancied stories of sorcery and magic. From comets to werewolves, they feared many things, but nothing so much as witches.

A Terrible Marriage of Bull and Ox

In December, 1484, Pope Innocent VIII issued his bull Summis desiderantes affectibus declaring as heresy any disbelief in the power of witches. Such disbelief earned capital punishment for any disbeliever by being burned to a crisp at the stake. Ah, Constantinian Christian love is a burning thing, but in quite a different sense than the Johnny Cash song.

In 1486, Heinrich Kramer and James Sprenger, two fanatical Dominican friars who enjoyed diabolic influence on the pope, wrote The Witches Hammer. Never has there been a book authored by a Christian that has brought more misery and death into the world. The pope bestowed on this pair and their book his supreme authority.

It is sad to say that despite his mastery of learning, his keen familiarity with Gratian, and his deep sophistication and study, Saint Thomas Aquinas was compromised by witchcraft propaganda. Aquinas believed that sexual unions between humans and devils do happen. He accepted that the Devil can transform humans into animals. Aquinas believed that the Devil can transport witches through the air. He is cited by Kramer and Sprenger in The Witches Hammer along with Augustine and Biblical passages twisted to fit their agenda.

Why the sadistic torture and death of thousands of women? It was pornographic, actually. Celibate Dominicans fancying themselves as fighting the devil. But their cruelty toward the women showed the truth but it was really the women they were destroying in their sheer and utter hatred of them. They proved their “rightness” and “holiness” by torturing out confessions.

In the Germanies (yes, plural) this became quite lucrative! The witch, by law, had to cover all costs of her trial, including the very WOOD used to roast her alive! All her property was confiscated and divided up among many pockets, all male, and all clergy! It was good business to have a lot of witches you see. More dead witches meant wealthier men.

So our history is riddled with scandal and terrible injustice, but perhaps the worst of all is what we have done to women. The witch trials are the most horrific example of this. We have a long history of not only censoring women and marginalizing them, but outright hating and destroying them backed up by misusing God. Just like today where gleeful Trads who claim to be pro-life delight in the destruction of indigenous images of pregnant women.

Our whole history may be messy, but it is not all injustice. There is light there too. We stopped burning “witches” and turning over their goods to priests, after all, though we never did admit any wrongdoing here to the Church. I mean we never officially admitted this. It’s always, “O, that was the secular authority,” or “the lay people who did that, not the Church,” where “Church” means the hierarchy.

But in any case it is true to say that we have done better. We are capable of fessing up, metanoia, and doing better.  We absolutely need to do better in these dark, momentous times.

Mindful and messy All Hallows. 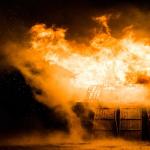 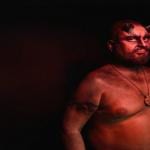 October 30, 2019 Satan, Devil, and Serpent Were Once Different Persons??
Recent Comments
3 Comments | Leave a Comment
"Paul like Martin Luther is overrated. Both were likely led to reshape religion by their ..."
Statistics Palin Overrated Romans
"Much the wisest piece about the challenges of applying Scripture to life in the present ..."
Brad of the North Meaning and the Words of Scripture
"Hmm. Nothing to apologize for? How about: Crimes Against Humanity (the Crusades). Genocide (Missionaries in ..."
Kyllein MacKellerann Witches Burning—The Most Shameful Episode of ..."
"How about apologizing for murder?"
Mike Curnutt Witches Burning—The Most Shameful Episode of ..."
Browse Our Archives
get the latest updates from
Messy Inspirations
and the Patheos
Catholic
Channel
POPULAR AT PATHEOS Catholic
1