Forgeries like Second Thessalonians are inspired even though Paul didn’t write them.

When the lector comes to the ambo to give the Second Reading, she or he will no doubt say, “A reading from the Second Letter of Saint Paul to the Thessalonians.” That’s fine and it’s true, if not a factual or historically accurate statement. It is true in the sense that we honor Paul and historically have honored him by associating this inspired document with his pen. But it’s very likely that the historical Paul never wrote it. Indeed, it is probably a forgery.

There are many such forgeries in the Bible. We have many First Testament documents written by an anonymous author yet attributed to the name of another, better-known figure. Such documents are called pseudepigrapha. A pseudepigraph is a kind of forgery, a writing bearing a false title or ascribed to someone other than the genuine author. As Biblical scholar Felix Just explains:

From the Greek
pseudo = “false”

For nonfundamentalists, the Pentateuch or “five books of Moses” (the written Torah) are pseudepigrapha. Persian scribes wrote them, redacting, splicing, and recontextualizing earlier traditions. Under Persian authority, these were edited together for immigrants to the Persian colony, Yehud. Inspiration is messy, folks!

So pseudepigraphy means to falsely attribute authorship of a writing to someone different from the actual author. When it comes to biblical pseudepigraphic works, usually an anonymous figure forges the document, indicating within it that a famous figure from the past authored the text. This famous person could be a hero from long ago times or the actual author’s deceased teacher.

American and other Western believers should caution themselves here. Please don’t call these pseudepigraphic works and forgeries like “2 Thessalonians” false. It is true that there is something false about them. But that does not make their content false. What is false is the attributed authorship. In the ancient Mediterranean world, secrecy, lying, and deception are legitimate strategies for preserving honor. The Bible was not written for, by, or about Western 21st century people. Sorry!

Scholars know of many ancient Israelite writings that were falsely attributed to various biblical figures. These writings could never have been scribed by their purported authors. Evidence points to anonymous writers composing these forgeries centuries or even millennia after. Have a look here:

We can define a forgery as any written document whose producer(s) intend it to purport to be something other than what it really is. All forgeries bear two essentials. The first is that the forged document’s genuine identity has been effaced or obfuscated. The second is that the forger intends deception.

Scholars can tell that the document known as “Second Thessalonians” could not have been written by the historical Paul. Its producers obfuscated the true author. Moreover, its producers intended to deceive. Together with other New Testament documents (Colossians, Ephesians, 1—2 Timothy, and Titus), scholars have dubbed this letter Deutero-Pauline (“Secondary Pauline”). Therefore “Second Thessalonians” and these other inspired New Testament writings are pseudepigraphic, and thus, are forgeries.

Was the document we call “Second Thessalonians” directed to the Jesus group(s) in Thessalonica? We aren’t certain. Perhaps. Perhaps not. It might have been sent to second generation Pauline Jesus groups dismayed and confounded by Paul’s unexpected demise sometime in the 60s.

Paul expected Israelite theocracy in his lifetime. He expected to be alive when Jesus returned. Indeed, Paul assured his Jesus group clients that he would be very much alive for the Parousia (1 Thessalonians 4:15; 1 Corinthians 15:51-52).

But by the 70s CE Paul was dead, the Temple City of Jerusalem had been destroyed, and yet Cosmic-Lord Messiah Jesus had not yet returned! Could “Second Thessalonians” have been a circulatory letter sent to a number of Jesus-groups? In life, the historical Paul got around, you know. Many Mediterranean Jesus groups would be in shock that Paul was dead but Theocracy could not be found. They could identify with Thessalonian Jesus group. One thing is almost certain: the letter writer intended to deceive his recipients into thinking Paul wrote it.

Before you begin thinking that all this renders many New Testament texts as somehow uninspired or invalid, take courage. We need to go deeper with our tradition. There we find that validity has nothing to do with who actually wrote a Scripture. Rather our tradition considers validity in light of the authorizing authority.

For example, consider again the Pentateuch. In that case, a Persian-appointed high priest or court prophet was the authorizing authority. God works in the mess, folks.

Moving forward several centuries we come to consider all the New Testament literature attributed to Paul. Those Jesus groups finding agreement with the letters and retained them as special and to some extent normative became their authorizing authority.

The idea of something being authentic because it is genuine is a much later idea. The Pauline literature was not preserved because Jesus groups considered them actually authored by the historical Paul. Rather, these documents got preserved because they bore authority to address relevant crises and situations in these Jesus groups. In other words, they were authentic because they were authorized.

Recipients in Paul’s world judged a document as being authentic in face-to-face communication. This was essential for validation. These letters were recited before the Jesus group, and this played the key authorizing role in assessing the document’s validity. Hellenistic documents were not authorized as valid following a scrutinizing for deception, fictionality, or false identity. Such features existed in many authentic documents!  Sniffing these out then wouldn’t be of much help!

In few instances, an ancient document might validate itself by the power of its composition. One striking example is the self-validating Qur’an, hailed as being so beautiful it could not have come from mere human literary skill. In this regard, the First and New Testaments do not compare. With the exception of “Luke-Acts,” much of the Greek New Testament is a crude, ugly, simple form. Therefore, for Biblical documents, we must search elsewhere for validation—the authorizing power of the Jesus groups.

Forgeries textualize. Those who delivered them, and recited them, like the forger himself, made the message shine with honor. They claimed that the letter’s message originated from and was intended for renowned and honorable communities and personages (e.g., Paul, Timothy, Titus, Silvanus, etc.).

And consider that the first century Jesus groups lacked email, phone, texting, and all other 21st century immediate communication means. It could take years before the report came around of even a famous figure’s death. So, sometimes the audience of the forger presumes Paul is still alive! And if they had heard of his demise, perhaps the report of it had been greatly exaggerated.

To keep the work of Paul going, and adapt it for new situations and crises, the forger had to work hard to make the forgery sound very Pauline. Forgers have to take into account very seriously the expectations of their audience. Paul’s own authentic letters had to “textualize” with the forgery. Recepients upon hearing would have to go, “Yeah, that sounds like Paul and his team!”

Even in the case of Paul’s seven authentic letters, the “producer” was usually someone anonymous working under Paul. He was a corporate sender. So were the forgers of documents like “Second Thessalonians.” Such consistent writing impacted the Jesus groups. They focused on the texts. Because the texts addressed current worries and problems, the Jesus group treasured and needed them. Thus, forgeries prodded Jesus groups to analysis.

Not only does all of this apply to the Pauline forgeries, but also to the canonical Gospels. Originally these texts remained anonymous. But the Gospels eventually got ascribed to well-known Jesus group heroes now long dead. Hence, “Mark,” “Matthew,” “Luke,” and “John.” By linking these Gospels with well-known holy figures reminded Jesus groups far away from Jerusalem that God cannot forget or cease his concern over all Israel. This helps explain the diverse perspectives and recontextualized Jesus traditions that evolved in the many Jesus groups.

It’s a very Western notion to think of Paul or Peter or James or even Jesus as “the Big Shot” who ran the show of early Christianity. Paul was not an individualistic American. Paul, even though a key figure, was very much a collaborator. Please don’t forget about Timothy, Silvanus, Sosthenes, Titus, and others in his team.

The spuriously familiar idea that Jesus was the founder of Christianity, and Paul was its “second founder,” is highly addictive. One of the few things made very clear by the New Testament is that the God of Israel founded what would become Christianity under Constantine around 325 CE. Of paramount importance to the earliest Jesus groups was God raising crucified Jesus thereby validating his proclamation of theocracy. To switch the focus onto Jesus or Paul misses the thrust of all 27 New Testament documents. 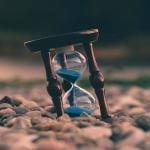 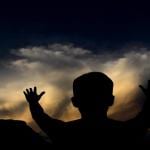 November 14, 2019 Heaven is NOT in the Bible??
Recent Comments
34 Comments | Leave a Comment
"I was only able to admire JPII when he was dying and didn't act ashamed ..."
Karen Silver Who Is Worthy of the Eucharist?
"Good and thanks. I get outraged when some Bishop decides that President Biden should be ..."
Karen Silver Who Is Worthy of the Eucharist?
"Who would consider the son of a deity that damned the entirety of the species ..."
Kyllein MacKellerann " The Woes of “Matthew”—Jesus Wasn’t Nice!
"Let me share my theory. There was a widowed Jewish man who went around sharing ..."
Karen Silver The Woes of “Matthew”—Jesus Wasn’t Nice!
Browse Our Archives
get the latest updates from
Messy Inspirations
and the Patheos
Catholic
Channel
POPULAR AT PATHEOS Catholic
1