Hart, Martin, and the Evolution of Hell

Hart vs Martin: good men grapple over the mystery of God’s salvation and justice.

The brilliant philosopher, theologian, and author David Bentley Hart has stirred the pot yet again concerning our unhealthy predilection for perdition. In a New York Times opinion piece, Hart, author of the controversial “That All Shall Be Saved: Heaven, Hell and Universal Salvation,” delves into the psychological alure so many Christians have concerning Hell.

The hornet’s nest of heresy hunters is buzzing with activity. But beyond the usual suspects of Trad-trolls in cheap grace damning our Christian brother for daring to think differently and challenge our complacent cruelties marring our tradition, some more sensible and kinder thinkers have reacted negatively to Hart’s opinion piece. Among them is Father James Martin who tweeted the following—

Father Martin also offers a review of Hart’s book on the subject, here:

Back in early November, I wrote a piece entitled “Hell is Not in the Bible.” The post, which you can read here, explains that whether we are talking about popular Christian ideas of hell or the official Church doctrine of hell, it all took roughly two thousand years to evolve. That’s a fact. And Catholics need to face the fact that doctrine develops.

Does that mean “hell” is kaput? No. We Catholics can keep “hell” and “heaven” in our Catechisms, but our English Scripture translations are always wrong when they include any reference to “hell.” So, no Father James, hell is not on the lips of Jesus or anywhere in the New Testament. Hell is more than biblical Gehenna or Tartarus.

But that does not mean that we should dismiss what Father James has to say. God is not a rapist—God won’t drag us into his blessedness thereby violating our freedoms (not saying that David Bentley Hart is suggesting this, by the way). And God is just, but we need to be really careful with that, because our ideas of justice are heavily freighted with cultural ideals and frankly, vindictive cruelties and quid-pro-quos.

I wouldn’t get rid of messy “hell” as it does point to some truth about the human condition. And like Father James and Bishop Robert Barron, I think it is good to have a pious Christian hope that “hell”—the mystery under that name, anyway—is “empty.” I do agree with Father James and Bishop Barron that God is not a violator of our fundamental freedom. He does not drag anyone into the final Kingdom. But am I really going to fault Hart, Rob Bell, Father Richard Rohr, or Origen of Alexandria for holding to universal salvation or believing that salvation is not a matter of if, but when?

Also the low-level consciousness ideas coloring the beliefs of many, a “tit-for-tat, reward and punishment” cosmic view, needs serious updating. When Catechists are instructed to approach second graders in preparation for First Reconciliation with “Jesus took the penalty for our sins,” something is terribly off, terribly wrong. Look at that language! While we should not be embarrassed of our ancestors in the faith, but we must also accept that we have grown theologically and anthropologically standing on their shoulders.

Yes, Hart is spot on when he criticizes the morbid fascinations of late Augustinianism and what happens to the babies. Amen, Hart is right to criticize Thomas Aquinas when suggests that the delights of heaven include seeing souls eternally suffer. Yes, Hart is correct to slam the cruelty and pastoral disaster of Francis Xavier given to his Japanese converts.

Healthier Views on Hell and Heaven

There are healthier ways to think about things like “heaven,” “hell,” and fingers pointing into Mystery. A happy wanderer and saint, Anthony de Mello, once said, “The finger points at the moon. All the idiot sees is the finger. The world is full of people who use their finger to poke other peoples’ eyes out.” Hell is one of those fingers, brothers and sisters. When God begins to look worse than ISIS, it’s time check our metaphors lest they blind others and ourselves.

Maybe we should look at death differently. Perhaps death is that point in which our time is up, like Brother David Steindl-Rast says? Look how he deals with death here, and the NOW-life we all share…

Maybe what “hell” points to is becoming “NO!” and “Screw off!” to seeing everything in empathy? Does anyone actually refuse the NOW-life like that? Perhaps. Maybe not though. We can hope that no one does. Can we eliminate the possibility?

Maybe heaven isn’t an eternal Disney vacation that keeps getting better. Maybe it is seeing every moment through everyone’s eyes. Perhaps it is experiencing what the mystery of Joseph Merrick experienced as he did, as if we were him, without losing the as if. And Hitler. Mother Teresa. And all the nothing-people who are not really nothing to God.

Maybe “heaven” and “hell” are the same except graced perspective?

Watch out for those useful, deadly fingers. 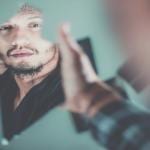 January 10, 2020
Self Inquiry—Who Did Jesus Think He Was?
Next Post 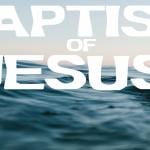 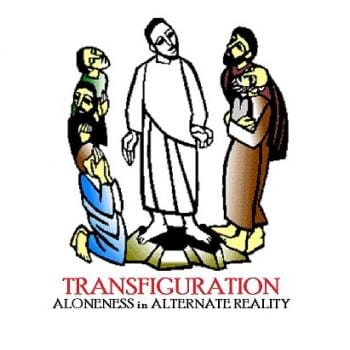 Catholic
Is “The Chosen” Realistic to the World of...
Messy Inspirations

Catholic
Testing, Not Temptation—Jesus & Satan in the Wilderness
Messy Inspirations 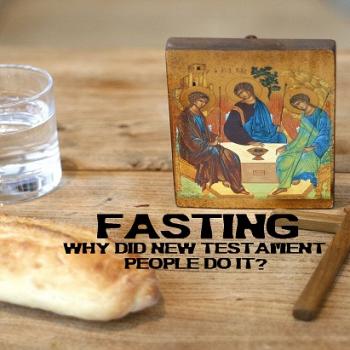 Oral Tradition: More Biblical (Pauline) Evidence
. . . and an Examination of the False and Unbiblical Protestant...
view all Catholic blogs
What Are Your Thoughts?leave a comment
Copyright 2008-2020, Patheos. All rights reserved.