Fiery Catalyst is what “Salt of the Earth” Means

Fiery Catalyst is what “Salt of the Earth” Means February 8, 2020 Fellow Dying Inmate

Fiery catalysts, rather than flavoring or preservative, is what Jesus calls his disciples to be in this Sunday’s Gospel.

Fiery tempers go unhinged often when Western Christians are presented with challenge to the status quos they enjoy. Change is the last thing many of us ever want to do. We prefer a Jesus who attends to our complacency and does not challenge us—just look at many Catholics and Evangelicals in relation to the Trump presidency. And when the real Jesus comes knocking (or maybe drowning in the Rio Grande or Mediterranean?), and we compare his reality to those mental fictions of him we have so congenial to our values, we get confused and burned.

Matthew 5:13-16
Jesus said to his disciples:
“You are the salt of the earth.
But if salt loses its taste, with what can it be seasoned?
It is no longer good for anything
but to be thrown out and trampled underfoot.
You are the light of the world.
A city set on a mountain cannot be hidden.
Nor do they light a lamp and then put it under a bushel basket;
it is set on a lampstand,
where it gives light to all in the house.
Just so, your light must shine before others,
that they may see your good deeds

and glorify your sky vault Father.”

“You are the salt of the earth,” the Matthean Jesus says. “But if salt loses its taste, with what can it be seasoned. It is no longer good for anything but to be thrown out and trampled underfoot.” What did the Matthean Jesus mean by that? What is he prescribing here? It depends on what “salt” means. Should the followers of Jesus be a seasoning? Or should they be a preservative? Or something else?

If you say the Matthean Jesus means that his audience is to be “salt” meaning seasoning, then let me ask you: Does salt ever lose its “saltiness”? Does it ever lose its salty flavor? Also in tame desert areas, where water is scarce and the threat of dehydration greater, is salt used as a seasoning the way it is in the Western world?

We recognize that salt is employed in many parts of the world as a preservative. But in the dry atmosphere of Syro-Palestine, was that how it was? Even today you can see meats hung to dry without being brined or salted.

Whenever Western homilists or preachers cover this “the salt of the earth” in terms of being a seasoning or preserving something, can you see they are wrongly projecting onto the ancient Middle Eastern Jesus their own cultural meanings?

Elsewhere we explained what salt meant in the cultural world of Jesus. It was a catalyst for fires. If you respectfully read the Matthean Jesus to mean that his audience is to be salt as in the catalyst for an earthen oven used by Middle Eastern people, new directions open. Think: does such a catalyst ever lose its catalytic ability? Yes, for, as it burns, it wears out its chemical consistency. And when that happens, what does one do with the used-up salt plate that one removes from the oven—use it for ﬂavoring? for preserving? Or rather as a solid footing in a muddy path?

Using these verses as the conclusion to his version of the beatitudes, what point does “Matthew” want Jesus to make?

Mark 9:49-50
“Everyone will be salted with fire. Salt is good, but if salt becomes insipid, with what will you restore its flavor? Keep salt in yourselves and you will have peace with one another.”

What did the Markan Jesus mean by that? What does it mean “to be salted with fire”?  Without context we are lost. The Markan Jesus had been talking about scandal. Specifically, causing those loyal to him to shame God (i.e., to sin)

Mark 9:42
“Whoever causes one of these little ones who believe [in me] to sin, it would be better for him if a great millstone were put around his neck and he were thrown into the sea.”

The Markan Jesus follows this by urging that one should do whatever it takes to eliminate the cause of scandal at all rather than being cast into “Gehenna”, somewhere “where the ﬁre never dies out” (9:48). But how does any of that bring salt to mind? Understanding Middle Eastern village life and cooking bridges the logical sequence from verse 48 to verses 49 and 50.

The women in villages like Nazareth collect animal dung for fuel to go in the earthen oven on the burning salt. Consider being “salted for the ﬁre.” Is this somehow related to the animal dung fuel? That’s more plausible than salty seasoning or preserving meats in a drying process. So being “the salt of the earth” and “salted by fire” relates to “becoming a catalyst.”

But if salt loses its catalytic ability it is only good for the muddy, filthy roads.

See how a different image of Jesus emerges when we understand these passages rightly, that is, respectful to his culture? Jesus pissed people off. His fiery words burned them. And he would have his disciples do exactly the same. He would have them be fiery catalysts.

Jesus never said anything confusing, yes? Give me a break.

Luke 14:34-35
[Jesus said] “Salt is good, but if salt itself loses its taste, with what can its flavor be restored? It is fit neither for the soil nor for the manure pile; it is thrown out. Whoever has ears to hear ought to hear.”

What did the Lukan Jesus mean by that? Consider the context of the preceding verses. What is Jesus urging his disciples to do? How does this impact the meaning of “salt” and “being salty”? Watch how the Lukan Jesus urges potential disciples to plan well before beginning a project. If they fail, they will be shamed for being unable to complete it.

Luke 14:28-30
[Jesus said] “Which of you wishing to construct a tower does not first sit down and calculate the cost to see if there is enough for its completion? Otherwise, after laying the foundation and finding himself unable to finish the work the onlookers should laugh at him30and say, ‘This one began to build but did not have the resources to finish.’”

Planning for War with Jesus?

Notice also in the preceding verses the Lukan Jesus presents the example of preparing to fight a war.

Luke 14:31-34
“Or what king marching into battle would not first sit down and decide whether with ten thousand troops he can successfully oppose another king advancing upon him with twenty thousand troops? But if not, while he is still far away, he will send a delegation to ask for peace terms. In the same way, everyone of you who does not renounce all his possessions cannot be my disciple.”

Are there any concerns of the Lukan Jesus being highlighted here? How does this last verse (Luke 14:33) impact the following salt passage (14:34-35)?

If I go by 99.999999 percent of all U.S. sermons and homilies on it, Jesus must be talking about salt-as-seasoning or preserving something. But if I doubt the infallibility of my spurious familiarity with such passages and read this as salt-as-catalyst, what happens? I might come away with a totally different meaning of Christian discipleship!

Luke 12:49-53
[Jesus said] “I have come to set the earth on FIRE, and how I wish it were already BLAZING! There is a baptism with which I must be baptized, and how great is my anguish until it is accomplished! Do you think that I have come to establish peace on the earth? No, I tell you, but rather division. From now on a household of five will be divided, three against two and two against three; a father will be divided against his son and a son against his father, a mother against her daughter and a daughter against her mother, a mother-in-law against her daughter-in-law and a daughter-in-law against her mother-in-law.”

Reading carefully over the preceding context of these verses urges demands that disciples be prepared for all eventualities.

Could it be that the historical Jesus understood his purpose to be “lighting the oven” or “starting fires”? Jesus burned up villages with divisions, no? Jesus brought division (v 51):

How is this “salty” characteristic played out in families as they wrestle with their estimate of Jesus?

Matthew 5:13-16
[Jesus said] “You are the catalyst (salt) in the earth oven. But if the catalyst (salt) has lost its catalytic ability (saltiness), how shall its catalytic ability (saltiness) be restored? It is no longer good for anything except to be thrown out and trodden under foot by human beings. You are the light of the world. A city set on a mountain cannot be hidden. Nor do they light a lamp and then put it under a bushel basket; it is set on a lampstand, where it gives light to all in the house. Just so, your light must shine before others, that they may see your good deeds and glorify your sky vault Father.”

If we think of the salt here as a seasoning, it becomes very difficult to link it to the next metaphor, the lamp lit and held high for all to see. But seen as a catalyst for the fire of the earthen-oven, it becomes easy to see the next image of a lit lamp that everyone can see. Therefore, Dr. John Pilch explains that only this literal, Mediterranean, authentically cultural understanding of “salt” and “earth-oven” makes such a smooth combination of images in Matthew 5:13-14.

The author we call “Matthew,” just like the other evangelists, expected his listeners/readers to bring the right cultural scenario to their texts. That way they could rearrange the details provided and grasp the image of the Fire-starter Jesus. But the Matthean Jesus that emerges is demanding and fierce.

Followers of Jesus who have lost their catalytic ability for the ﬁre are only good to be stepped on by others. They have lost the fire, meaning, they have lost, forgotten, or neglected the “gospel.” Seen this way, when such “neutralized” or “ineffective” Christians receive persecution and insult, it cannot be suffering for the sake of Jesus. 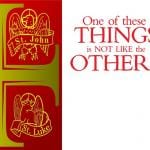 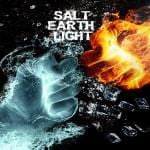