Jeremiah raped by God may sound blasphemous, but this metaphor is Scriptural.

Things were getting better all the time for Israelites by summer, 594 BCE. Though many were exiled in Babylon, things were looking up, or so it seemed. True, Nebuchadnezzar had squashed a coup the previous January. But Zedekiah, deposed ruler of Judah, was positive. He desired to form a coalition of Edomites, Moabites, Ammonites, and the armies of Tyre and Sidon. The mission? Utterly destroy Babylon’s king.

The best news came from Hananiah, the prophet. He told the king something comforting, something that he wanted to hear. Hananiah prophesied that the exile would end before two years had passed. That sounded awesome to the banished court of Zedekiah.

But watch out! Here comes, “Debbie Downer!” The gloomy prophet Jeremiah sang a different tune. According to his message, more bad times lay ahead for Israel.

How miserable! How depressing! Zedekiah didn’t want that. His court didn’t want that. So the enemies of Jeremiah humiliated and abused the prophet. Therefore they tortured him, mocked him, and bound him in stocks. This is the background of yesterday’s first reading—Jeremiah 20:7-9. You know, that infamous passage where Jeremiah accuses God of raping him. Yes, you read that correctly.

Following scholar John Pilch, use your English Bible translations. Use them to pray, study, and read. Just don’t trust them. They betray the original meaning.

Translations like the 1970 edition of the New American Bible, used in the Mass Scripture readings, don’t do the Hebrew justice. They soften and sanitize it.

NAB 1970 Jeremiah 20:7a
You duped me, O LORD, and I let myself be duped
you were too strong for me, and you triumphed.

Better Translation of Jeremiah 20:7a
You seduced me, Yahweh, and I allowed myself to be seduced
you raped me, you were too strong for me to resist.

God raped him?! Yeah, that metaphor sounds bad. Indeed, things were awful for Jeremiah. That’s how things got for real prophets. But don’t be disturbed white American Catholics. Just keep on smiling and sleeping

According to John Pilch and other scholars, Jeremiah employs Hebrew terms frequently used in sexual seduction and violence. “Duped” is patah, like to sexually seduce a girl, as in Exodus 22:15. Then another Hebrew word is used, rendered as “too strong for me”—from hazak. That’s rape, as in Deuteronomy 22:25, Judges 19:25, 2 Samuel 13:11, and alluded to in Proverbs 7:13.

In other words, beyond the sanitizing of Lectionary designers and translators, Jeremiah accuses God of doing sexual violence to him.

Metaphor alert!—God seduced Jeremiah to be his spokesperson, for prophets are those who speak on behalf of God. Forget Nostradamus and Edgar Cayce. Real prophets don’t deal with the future but are experts on God’s will for the here-and-now, and the forthcoming birthed out of an expansive present.

What resulted from Jeremiah’s vocation? The fruit was violence, unending hardship, constant suffering, and public humiliation.

Too much grief! So why didn’t Jeremiah just shut up? Thing is, he couldn’t. How do you shut up an “all-consuming fire” (Exodus 24:17)? So Jeremiah was screwed either way, because if he spoke, agony, and if he shut up, torture.

Linked with yesterday’s Gospel (Matthew 16:21-27), we have insight into Jesus’ own agonizing situation. God’s will was painful for both Jesus and Peter. Therefore Peter didn’t want to hear it. So Peter became Satan to Jesus.

The court of Zedekiah and Satan-Peter in Matthew 16 reminds me of the clean, well-dressed white conservative parish Catholics throughout my old diocese. Many people there adore Trump. Some despise him, yet still vote for him. So many of these people are full of virtue signaling with fanatical pro-birth rhetoric but useless for real change. They shout the deception of “all lives matter!” while doing nothing for the marginalized. They make Jesus into a liar and a lie.

So many White American Christians are walking denials that black lives matter. Blacks killed by cops? No biggie. Black athlete kneels at a football game? Their heads explode. These meretricious Black-Life-Matters-DENIERS are like Holocaust deniers but are more socially acceptable.

I am speaking from personal experience. White supremacy and systemic racism metastasize in parishes from where I come.

The Hard Message of Jeremiah & Jesus

We need a radical change in our society. I am talking total makeover, fellow dying inmates! But don’t look to the American churches for that, though. They’re too stupid and too addicted. And they are also too astute! As a wise theology professor reminded me, they are astute and adept at herding people into stagnant complacency.

How so? Suffuse them with fluff that never disturbs white people—prostitute compassion to the congregations. Serve up a faux-empathy that’s castrated of reality. Obfuscate and mitigate systematic injustice throughout dioceses at every level. Plaster it over with a false care bear Jesus.

Then feed them the triumphalism of fundmentalistic apologetics. Tell them we are the best, and the first, and the holy, and the only true Church! Deny and demonize Vatican II and brainwash your seminarians to do the same. Put fundamentalist cheerleaders in charge of young adults and draconian religious to run your religious education programs. Keep the money flowing into the coffers and cripple lay people from any and all critical reflection.

Is this too uncomfortable? Well, by all means, turn away. Evade. Deny. Remain comfortable. Go back to sleep.

Meanwhile, me? I feel duped. I feel overpowered. But I recall my baptism.

Koh amar YHWH—bad times lie ahead of us, USA! It’s going to get worse before better! 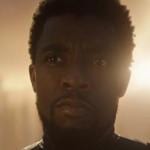 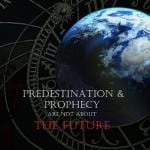 September 2, 2020 Predestination & Prophecy: Not About the Future
Recent Comments
0 | Leave a Comment
Browse Our Archives
get the latest from
Messy Inspirations
Sign up for our newsletter
POPULAR AT PATHEOS Catholic
1 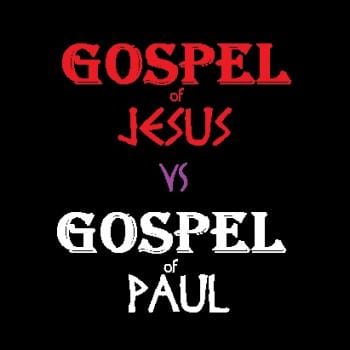 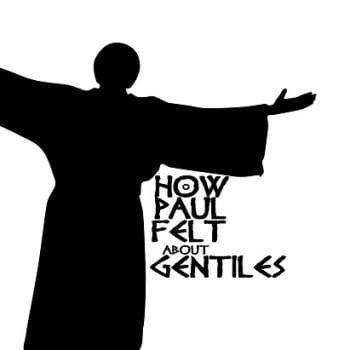