How do the forty days of Lent relate to the Bible and Saddam Hussein?

Forty days mark our annual Lenten journey. We are almost at Easter, folks.

Ask any Catholic. They’ll tell you that Lent lasts forty days. But why forty? What is the significance of that number? And why does the number forty show up repeatedly in Scripture? What does it mean?

We see forty everywhere throughout the Bible. It rained and flooded for forty days and nights according to one story of Noah (see Genesis 7:12, 17; but contrast this with what the other myth says, Genesis 7:24). Moses spent forty days and nights on the mountain of the Lord (Exodus 24:18), and Israel wandered in the wilderness for 40 years (Deuteronomy 8:2).

Biblical prophets are associated with forty. Elijah, the prophet, walked forty days and nights to the mountain of God (1 Kings 19:8). The prophet Jonah proclaimed the fall of Nineveh in forty days, motivating the residents to repent (Jonah 3:4-10).

What Christian doesn’t know Jesus was “tempted” by Satan in the wilderness for forty days (Mark 1:13 -> Matthew 4:2 // Luke 4:2)? According to “Luke” (Acts 1:3), the Risen Jesus appeared to his followers many times over forty days, speaking about Israelite Theocracy.

What are all these mentions of “forty” getting at? Many people think it means something to do with repentance. But what did it mean in the original cultural context of Scripture?

Dr. Richard Rohrbaugh, in the video presentation above, may have the answer. He provides an interesting anecdote taken from the Gulf War.

Rohrbaugh was in the Middle East, in Israel / Occupied Palestine, when the Gulf War erupted. He recalls the speech Saddam Hussein gave in Baghdad the day allied forces began bombing Iraq. Hussein, a Middle Eastern master of words and speeches, declared: “My fellow Iraqis, today we have won the war!”

That may sound humorous to U.S. ears. Hussein lost that war! As Rohrbaugh was quick to point out, militarily speaking, Hussein’s forces were getting eradicated. They were no match for allied forces.

But as a Palestinian friend explained to Rohrbaugh, whenever a bully picks on a less powerful Middle Eastern man, no one expects the bullied party to overcome his tormentor. Or even withstand the onslaught.

What is expected? Middle Eastern people expect manful resistance that endures long enough to publicly display courage. Once that is done, surrender is not shameful.

And how long from the time the U.S. military and its allies commenced bombing Iraq and Hussein surrendered? The exact amount of days that Jesus spent being tested in the wilderness—40.

According to Rohrbaugh, Saddam Hussein knew military defeat was inevitable. But in the honor-shame world of the Bible, the same cultural world in which the Gulf War was waged, a man doesn’t have to win militarily to be seen as honorable.

Think about the atrocities Hussein committed. Do you think he was loved in the Middle East just before the Gulf War? Hardly. He had wronged an Arab brother. Payback for this was guaranteed. His death was inevitable.

Therefore, the United States, imagined as “the Great Satan,” need not have intervened. In doing so, the U.S. was perceived as a great bully. We became that tremendous foreign Imperial Power sent by God like Satan to test Hussein’s manliness, his honor. In doing so, in being perceived thus, the Bush 41 administration saved Hussein’s life and won for him more honor than he could ever have dreamed of having.

Stupidity—culpable, willed ignorance—of U.S. presidents has cost the world much. Church-going Bush 41 closed his ears to understanding Middle Eastern culture. So too, Bill Clinton after him.

This terrible pattern was repeated disastrously with the second Bush, Obama, and Trump. Those last three administrations brought about over 200,000 Iraqi civilian deaths. They are responsible—along with us!—with hands soaked in blood. Despite how they wave Bibles for propaganda, they don’t know Shinola about Scripture.

The Great Cost of Cultural Ignorance

We destroyed the Iraqi forces in the Gulf War. Still, we didn’t win according to the Middle Eastern values of honor and shame. You know, the biblical values? In that area, the only one that matters in the Middle East, we lost.

The information you learn about on this blog does not only concern ancient religious texts written 2,000 years ago. Additionally, it relates to important matters going on today in our 21st-century world. Consequently, should we dismiss or ignore it, the results will be disastrous. 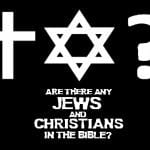 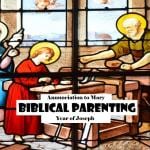 March 25, 2021 Parenting Biblically: Joseph and Mary Raise Jesus
Recent Comments
0 | Leave a Comment
"As you concede, there are many, many versions of "New Testament" bibles and all have ..."
rationalobservations? More Contradictions and Disagreements in the ..."
"There is no "biblical Mariology," but a trajectory of development of a true theology of ..."
Fellow Dying Inmate Marian Dogmas: Avoiding Extremes
"Thank you, Arthur. You said it. Unlike the USCCB, you actually have to give more ..."
Fellow Dying Inmate Genocide Is Okay For Palestine?
"Thank you for writing that.It makes me sick that so many Catholics - clergy, religious, ..."
Arthur Jeffries Genocide Is Okay For Palestine?
Browse Our Archives
get the latest from
Messy Inspirations
Sign up for our newsletter
POPULAR AT PATHEOS Catholic
1