If you had asked me ten years ago which of my brothers would be running a ministry for impoverished kids in Amarillo and living out an inspiring life of faith, I would not have picked Brooks. He’s always been a cut up. He’s a charmer. A ham. And his serious side is hidden under about eight layers of sarcasm.

I could write a very long piece about the process of his emotional and spiritual transformation, how he went from being your average business suit to risking his family’s entire livelihood in order to feed and love the kids he met at the local soup kitchen. But I’ll leave it at this: I respect him. A lot.

In spite of the fact that my spiritual journey has been leading me toward all things liturgical and monastic, Brooks has slowly veered toward the Charismatic.  No, he’s not praying for gold teeth (which, believe me, is the weirdest Charismatic movement I’ve encountered so far), but his church is one to emphasize the receiving of visions from God for the encouragement or direction of others. And that kind of thing gets me all shaky.

I should point out here that I love my brother’s church. Whenever I’m in my hometown, I’m much more likely to spend my worshipful moments among their authentic community than anywhere else. Plus my brother usually invites me (I think because he thinks it’s funny to put me in situations that make me squirm).

Last night I joined him and my sister in law for their home group’s weekly Bible study/prayer time. I’ve met several of their  friends at some point before but managed, for the most part, to spend the hour quietly and awkwardly smiling from the corner in my cushy seat, having not read the book being discussed.

So I was surprised (to say the least) when, following the study and time of prayer, Sam, a man I’ve met once before, spoke up in front of the group: “Micha, I need to share something with you.”

Panic. Maybe you understand this by now if you’ve been reading this blog for a while. I talk about prayer because I’m bad at it. I pursue the life of faith out of the lens of a terrible doubter. And I’m in a constant state of fighting off nasty guilt, most of it coming from a fear that God is disappointed in me.

So, if someone has received what he says is a word from God for me, you can count on my certainty that God wants to remind me of my prayerlessness, how he’s missed hearing from me for the past week almost as much as my tummy muscles have missed crunches.

That’s not what he said. He said: “Micha, you’ve spent so many years trying to win God’s approval through your own works. That’s in the past now.”

Sam continued: “San Francisco is full of people who have rebelled against culture, who are longing to see Christ as counter cultural. Don’t be afraid of rebellion.”

As I was thinking, what does that mean?, Sarah, who I knew growing up, was speaking. “Micha, I feel like God is showing me a tree, in your distinct neighborhood in San Francisco, growing up out of the place where your house is. It was a tree you had to uproot from Philadelphia. And it was a really painful process. But God is saying, ‘It’s okay to spread your roots, now. You can settle, despite the fact that you may not be there long term.’”

She continued: “I just have this vision of you and August walking to the park, and the roots following you, making this line in the sidewalk. The tree is following you wherever you go. And as the roots spread out, little baby trees are sprouting up from the roots.”

They prayed for me. I cried a little. Then I got in the car with my brother, who said: “You’re so worried that God is done with you now that you’ve left the ministry, but he wants you to know it’s not over.”

Most often when I hear something that may be from God I cannot comprehend more than: I need to think about this some more. I drove back to a tantrum-throwing toddler who would not fall asleep. Then I got on the phone with my husband and complained about how the internet wasn’t working and I wouldn’t be able to post on the blog for another day. I lay down in the bed I’m sharing with my little boy, and listened for a second.

I stared for a long time at our house in my brain: where the tree would stand, how it might follow me and my stroller like one of those commercials (you know, the one with the financial red line). I watched little off-shoots sprouting. I heard Sam say: “That’s in the past now.”

I’m leery of people speaking for God. There are plenty of crazies spouting crap and signing God’s name under it. But, I want you to know that the God who may have said those things to me last night is the God I want to believe in: kind, hopeful, willing to see me as more than a disappointment, willing to use me despite my craziness and prayerlessness.

So I’m going to think about those tree roots some more. And I’m going to pray. I’ll let you know how that goes…

5 Things Your Man Needs More...
The Not So Excellent Wife
Related posts from Micha Boyett 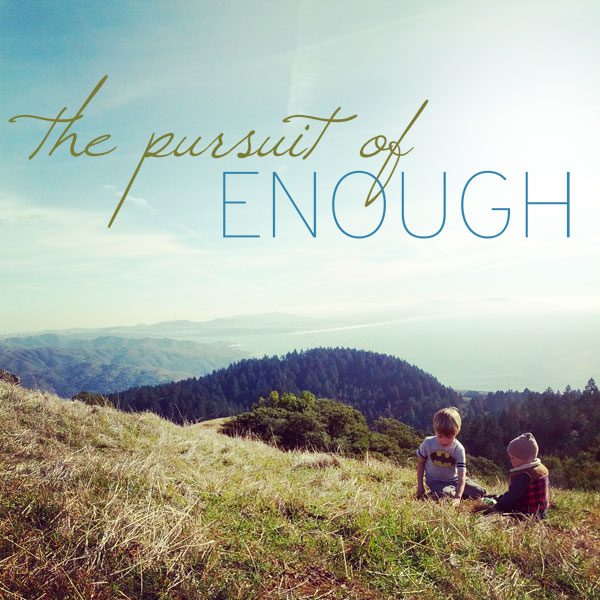 Family
The Pursuit of Enough: Ask me what I...
Micha Boyett 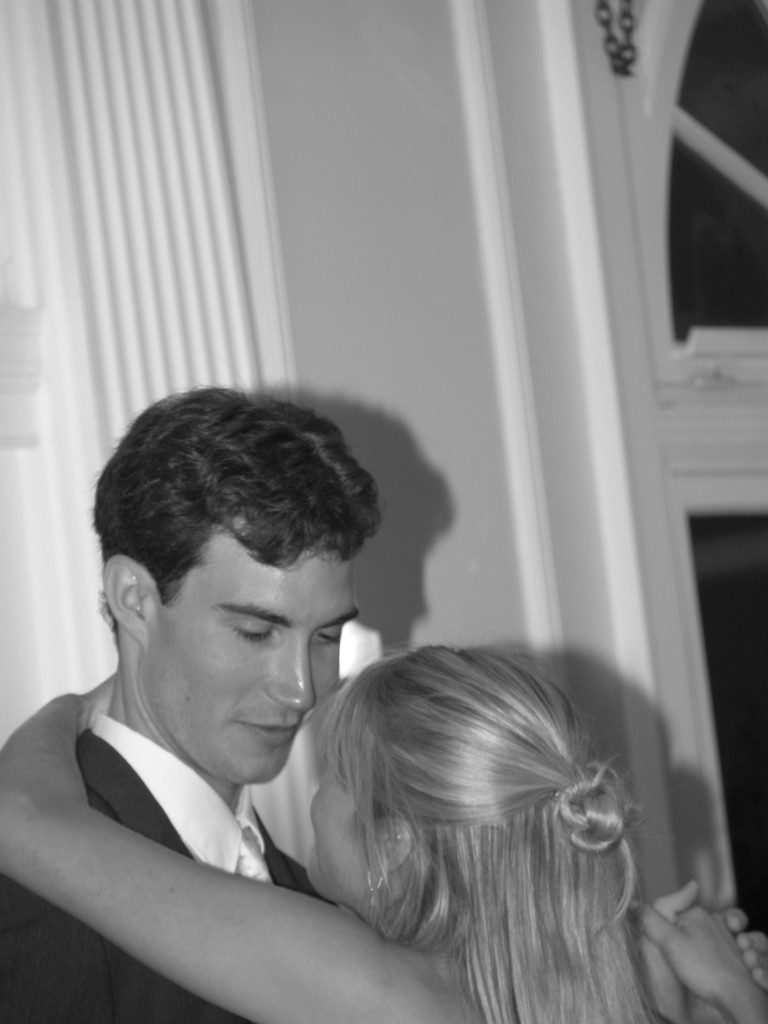