“Heydi Andréa,” her mother says in the way only mothers can. Those two words, the names she gave her daughter, are said with gentleness but also with expectation. Heydi is six years old and her mother wants her to join the other kids, who are lined up to hit the pinata. Heydi does not want to hit the pinata.

She wants to color.

If I’d known how much Heydi loves to color, I’d have brought her a box of crayons and paper. No child could love a fresh sheet of paper more than Heydi. But, I didn’t know. I brought her a doll.

She looks up at me. You’d think after growing up in Texas, I’d have even the smallest skills in Spanish. But I’ve got nothing. Only random words I’ve managed to pull from the deep drawers in my mind.

I point at the flowers on her paper: “Muy bueno,” I say. “Mi gusta amarillo,” and point to the yellow one.

Our group only has one translator today so most of my time with Heydi and her mother and the baby sister on her mother’s back, is done through smiles and play. For three hours, we smile at each other.

When the translator comes over, I ask, “What do you like to play, Heydi?”

“Cooking,” Heydi says. So, when all else fails. When she is shy and doesn’t want to kick the soccer ball or learn my hand-clapping game, when she’d rather put her doll away, I take her to the concrete stair where I pretend to cook tortillas.

“Where’s the flour?” I say, in Inglese. She stares at me. “Oh! Look there it is!” I mime pulling down the biggest bag of flour and pretend it hits my head. Heydi watches me pour invisible flour into an invisible bowl. I add water and oil. I stir.

For ten minutes I make pretend food, accidentally burning my finger on the pretend oven when the pretend tortillas go in. Ow! Owie! Heydi stares at me out of the corner of her eye. Who is this lady and why is she so weird? But eventually she smiles. Eventually, I give her a sip of the soup I’ve made of air, and she takes it.

There are a lot of organizations out there that sponsor children. The unique thing about World Vision is how it doesn’t require that a child be sponsored in order to receive care. That means there isn’t a line of children in a community not receiving education or nourishment, while their names wait on some spreadsheet for somebody to step up and commit. It doesn’t mean that a brother can receive an education, while a little sister sits at home, unsponsored. Between 50 to 60 percent of the children World Vision helps have sponsors. The rest are waiting. But sponsorship allows the other unsponsored children to receive the care they need as well.

What is most beautiful about sponsorship is the focus on relationship. Having a sponsor changes children’s lives, even though an unsponsored child may still receive care. Sponsors change a child’s life because relationships matter. I believe that every organization that claims to follow the way of Jesus, should not exist without relationships. Programs are not the way of Jesus. People are. God became a human. God came to us and met with us and lived among us. Incarnation. We get to live the incarnation.

The reason children are waiting for a sponsor, the reason Heydi and her mother got on the bus today and rode to the nearest town and waited to meet with me, is the relationship. Though I could not speak her words, I was there today. She looked me in the eye and we played. I am the woman in the US who loves her. I am the woman from far away, the gringo, who believes she is valuable, so valuable that I want to help her go to school. I want to help her mother live a full and hopeful life.

Jesus is a God of connection. Jesus has been teaching me how to love. I hope that today, Heydi met with Jesus in me.

I try to talk to Heydi’s mother, Maria. She is young. I can tell from her eyes. Maybe ten years younger than I am, but still the mother of four children. Still tired and aged by her difficult life. She’s shy like her daughter. I call the translator over. I want Maria to know I see her too.

“When I leave, I will pray for you and your family. I’ll think of you. What do you need me to pray for you?” I ask.

She asks for the generic blessings. Then she adds a request for the health of her husband. If we could speak the same language, I would sit and ask all the questions. Or maybe I wouldn’t. Maybe I’d go to her home and try to make myself useful. But I’d probably be in the way. What do I know of her life? She says, “Pray that God will bless my family and my home.”

I think of the ancient prayer Celtic women once prayed over their homes at night, as they smothered the fire in the hearth, they made the sign of the cross over the ashes.

The sacred Three
To save
To shield,
To surround
The hearth,
The house,
The household,
This eve,
This night,
Oh! this eve
This night,
And every night,
Each single night.
Amen. *

What does it mean to ask for blessing? That word is a cliche in my life. But what is it to Maria, in her home high on the side of the mountain, with a husband whose health concerns her? When we pray for God to bless, what are we asking for?

To save, to shield, to surround…

I want to be Maria’s friend, but I’m not. I’m her child’s sponsor. I’m the white woman from a rich country who sends letters and pictures. I help her daughter who next year will go to school. Next year, she’ll be in Guatemala’s version of Kindergarten.

Here in Guatemala, the children sponsored through World Vision don’t refer to us as “sponsors.” For Heydi, I am “Madrina.” Godmother.

I didn’t grow up with godparents. They were not part of my church tradition. But my children have godparents. My husband and I chose them carefully because I wanted each boy to have a man and woman in their life who were committed to their spiritual health and formation. I wanted a man and woman who would pray with us through their life transitions. Forget birthday presents; I wanted to be able to call my son’s godmother and beg her, “Pray. Please pray.”

Last week, when August suddenly had to change schools, three weeks into his Kindergarten experience, I emailed his godparents out in Philadelphia and asked them to pray for that boy’s first day. And they did.

I am not just the woman who sends money on behalf of Heydi. At least that’s not who I want to be. I want to live incarnationally. I want show up in her life. From far away, from what might as well be an entire world away, I want to show up.

When it’s time to leave, Heydi hugs me, we hold each other for at least a minute, her head on my shoulder, not letting go. We don’t have language. Most of our time together this morning has been spent coloring side by side, reaching into the crayon box, catching each other’s eyes and smiling.

I want you see these children. I want you to know so many things I don’t have space to say. I want to say how in Tinamit Junam, the area closest to Heydi’s home, so much hope has been born. I want you to know that in the past twelve years of World Vision’s presence there, malnutrition in children has decreased from ninety percent to three percent. Before World Vision, it was culturally acceptable for only boys to be educated. Now, the attendance of girls in school is equal or higher than boys.

I want you to know that Heydi is not just a statistic. She is the beautiful daughter of Maria and she loves to color more than anything. She loves to pretend to cook. And she decided she actually does love her doll, after all. When we left one another she was holding it tight. I imagine she’s sleeping with it tonight. And I’m praying for her and her mother,

This night, And every night, Each single night.

Will you join me and sponsor a child in Guatemala?

*From The Celtic Way of Prayer by Esther de Waal 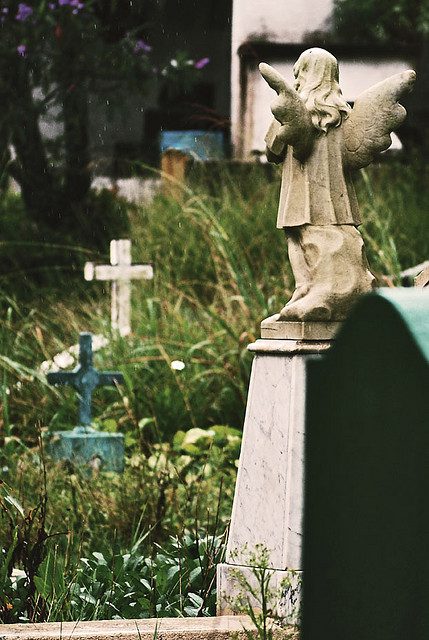 Family
Jesus in Real Life (A Repost for All...
Micha Boyett