Let’s be ordinary. Let’s be extravagant.

I’ve written here about my hesitancy with the phrase “Big Things for God,” as if we can quantify what is big and what is not. I hesitate because the older I become, the more I learn that the “biggest” things we do for God are usually the smallest, the least impressive, the simplest.

And Jesus says the same thing. In the Beatitudes, he tells us that if we want to inherit the Kingdom of God, we must become the little people, the poor in spirit, those who hunger and thirst for righteousness.

I don’t know about you, but I’m tired of preachers telling me to be more radical: to pray longer and harder. To do bigger, more magnificent things with my life. I’ve tried for a long time to live up to an idealized version of what the best Christians are supposed to do. And I have failed. I have carried that burden of guilt for a long time.

I’m convinced that when we carry guilt for the great things we are not doing, we miss out on the Ordinary and Beautiful Things God already has for us to do. If we are only following Christ when we do Big Things, we have set our ambitions too small. Because it’s all big. It’s all radical.

It is radical to do the small, daily work of keeping the suffering of others before my eyes. And it is also radical to remember that the pain of malnutrition and disease is real and tangible for so many people in this beautiful and terrifying world. It is ordinary but profound to remember that I am among the privileged.

What am I going to do about it? I ask myself that question not from a place of guilt and fear, but from a place of hope. Will my ambitions be too small? Or will I believe the God of wholeness who has already gone ahead of me in this world, renewing and restoring?

I’m in Guatemala this week to tell you small stories about real people. I’m here to ask you to do the most ordinary sort of thing, which is to love one person extravagantly.

One of the things I love about World Vision is that it works to equip and build up communities. World Vision is not an organization of rich North Americans stomping into the rest of the world with quick fixes. It is a network of local people helping their own communities experience fuller, richer lives.

Yesterday, I visited with a local Guatemalan woman who runs World Vision’s health and nutrition program here in Central Guatemala. She works throughout the region doing medical check-ups with children ages 1 to 5 in the rural villages, where “Chronic Malnutrition” is a constant problem and a source of developmental (both physical and cognitive) delays. If a child is found to be chronically malnourished, his or her mother is given an intensive ten-day training course in nutrition, in which she learns ways to use the foods at her disposal to feed her child in a more intentionally nutritious way. Then once a month, for several months, she receives training from a woman in her own village. Her child’s health is monitored and she is provided with the tools, training, and seeds so she can cultivate her own vegetable garden .

Yesterday, I had the privilege of standing in the home of a woman who works as a “Guide Mother” in the village of Las Pitas, a mountainside town filled mostly with rocky roads and wild dogs and subsistence farming families. In the past, Marta’s own children were diagnosed with chronic malnutrition and World Vision came alongside and trained her to give them the nutrition they needed. Now, she teaches other women in her community whose children have received the same diagnosis. Yesterday she opened her home for four other mothers and their children.

Marta’s stove is made of large stones that her husband probably once dug from the ground around their home. A small fire burned beneath the surface of those stones yesterday afternoon, warming the rice and carrots and peppers that were scooped out onto plates and set before the children who gathered around the table.

As I looked at those children, some so small, they sat in their mama’s laps while the mothers’ spooned the food into their mouths, I thought about the table and what we all share. We’re all the same. We all eat.

Food is ordinary. Food is essential. Food is extravagant.

I know what it feels like to be unsure as a mom. To not know if I’m doing the right thing. What is more beautiful than coming alongside an uncertain mother  and showing her how to make it better, how to heal the broken thing?

That’s why I’m on this trip. That’s why I believe in World Vision. When you sponsor a child through World Vision, you are not simply giving one child an education or a healthy meal once a day. You are opening the eyes of mothers, who long to give their babies the best. You are transforming communities.

It’s so ordinary, isn’t it? And so beautiful.

Let’s be ordinary, friends. Let’s be extravagant. Will you do this with me? 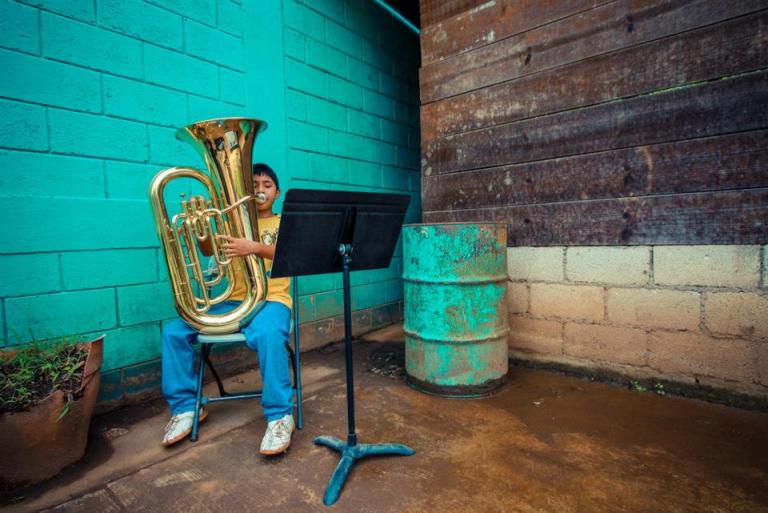 Family
Because this matters.
Micha Boyett 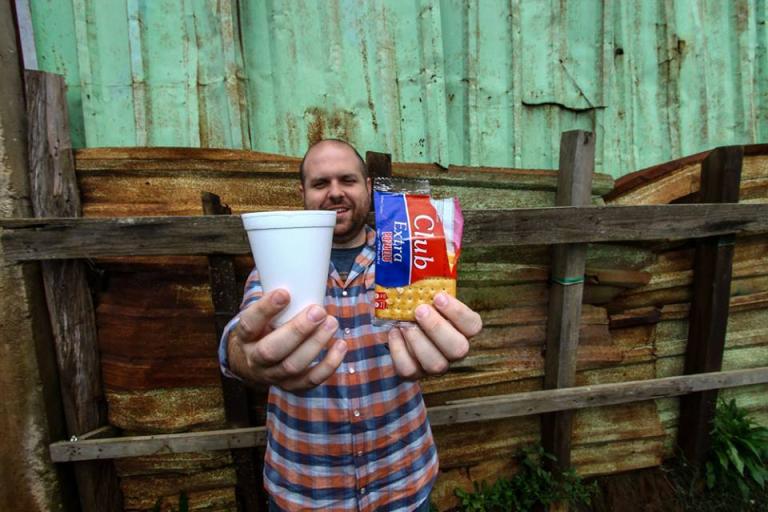 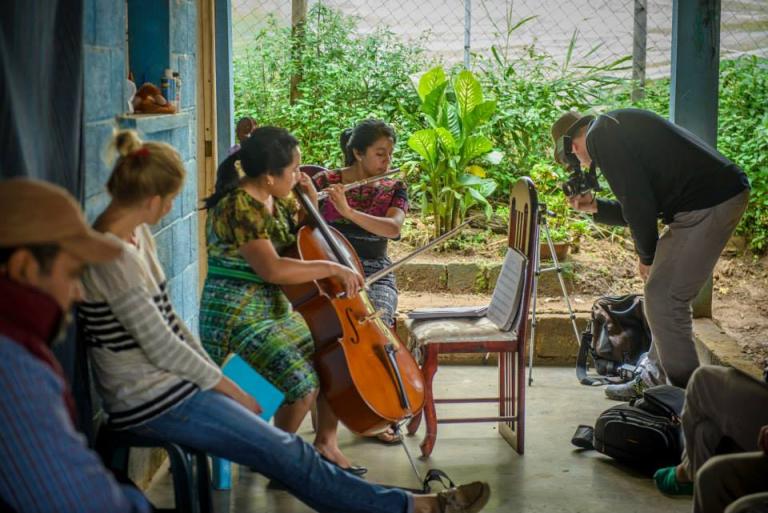 Is It a Sin to Lust Over Your...
Ashley and I love the questions we receive from our readers, viewers,...
view all Family blogs
What Are Your Thoughts?leave a comment
Copyright 2008-2021, Patheos. All rights reserved.
Close Ad