Throughout the month of February, Patheos has invited its bloggers to contribute to a conversation called 50 Years After Birmingham: Reflections on and from the Black Church. I loved Patheos’ idea to host this conversation in honor of Black History Month and wanted our blog to be part of it. As a white woman with a mostly white blog-audience, I also wanted to invite us to consider bigger questions of race in our churches.

It didn’t take me long to know who I wanted to ask to help us lead us into this discussion. I’ve been following Grace Biskie‘s blog for several years and her perspective on race and the church continually challenges me. She is brave and vulnerable and funny and irreverent. I’m also pretty sure she takes the best selfies in the whole wide world of Instagram. I’m honored to have her words and her bold presence here with us today.

It’s a sobering task to pontificate on what Dr. King might stew on when given the prompt, ‘If King wrote a letter to American Churches today would his dream have turned into a nightmare?’ He’s THEE Martin Luther King, Jr. for crying out loud. How could any of us possibly delve into the depths of his potential joy or pain at the State of The (American, Christian) Union in 2014?

Yes, he may be elated, overjoyed like so many African-Americans that the single most powerful man in the world is our two-term black American President, but what of the most segregated hour in America during Sunday morning worship services? Would that profoundly disappoint him or would he try and find an explanation? After all, African-Americans are only 13.1% of 316, 128, 839 people. Logistically speaking, 24, 131, 972.4 blacks can’t be at everybody’s Church on Sunday morning. (Not to mention these are census numbers. How many of the 24 million are Jesus-following Christians is a mystery). Perhaps King would throw us a bone on that logistical detail?

Maybe not. If Dr. King wrote a letter to the American Church as a whole (not divided by denominations or other demographics) he’d be a fool or clearly not himself to ignore this glaring conundrum.

I wonder if he’d information seek…

I believe he’d have lots and lots of questions with lots of bad answers. The American Church may produce answers along the lines of…

…we’re sorry but not sorry. But sort of!
…yeah, we haven’t done much.
…well some of us are “called,” to this work, some of us aren’t.
…we have other things to worry about.
…we don’t trust them white folk.
…the black people are dangerous.
…we moved all the white Churches out of the black neighborhoods because, well, safety.
…we are post-racial, Dr. King, can’t you see? No more Jim Crow laws! Obama! Obamacare!
…we are STILL too busy to address this.
…we enjoy historical amnesia, like, SO MUCH BETTER than addressing privilege & guilt.
…we ain’t got the time to be messin’ with these racist white folk.
…sorry, Dr. King but we are all triflin’, God will forgive us right?

When it comes to the dream Dr. King gave us, The American Church -all of us- have done appallingly, astonishingly, pull-out-your-hair awful. How much progress in racial equality between blacks and whites can be attributed solely to the blood, sweat and tears of the American Church? Half? Less than half?

In my personal, humble yet strongly worded opinion, I believe Dr. King would cry big, fat tears of sorrow over our current state of affairs. It’s been 50 years since he penned the famous “Letter from Birmingham Jail,” yet, his dream of full racial equality remains unfulfilled. If racial polarization remains a problem in our schools, offices, churches, and neighborhoods, what’s changed? It’s obvious we’ve progressed some, but has the American Church progressed in learning to deal with our history in a way that honors God? Have we progressed enough to be able to point to ourselves as an example? Have we progressed enough to be able to acknowledge, “we don’t know what we are doing but we are trying!”

All I feel we have to offer Dr. King to day is a blithering excuse-laden pontification about how we haven’t done much and less than half of us care at all. It was 50 years ago when Dr. King wrote of disappointments and “shattered dreams” with the American Church and its leaders. Fifty years ago, King praised those “noble souls from the ranks of organized religion” who have “broken loose from the paralyzing chains of conformity” and joined in the struggle for freedom and equal rights. Why aren’t American Churches major contributors to racial justice today? A shattered dream then, a shattered dream now.

Yes, of course I know of Churches fearlessly addressing these issues, but is it our overall Modus operandi? No. There’s rarely an in-between. The type of investment it takes to truly work through and resolve the cut-like-a-knife tension between white-Americans & African-Americans takes an enormous amount of integrity & longsuffering. You don’t feel “called” or even willing to happily dish out blood, sweat & tears over this issue? Congratulations, you are NOT going to be part of actual racial reconciliation. I’ve never seen anyone form genuine, loving, mutual relationships across racial, ethnic & cultural boundaries without HELLA drama & pain. Even if it’s unspoken, it’s there. The more at stake, the larger the Church, the more congregants to lose, the more painful it is.

You want to ramble on about your black best friend or your white best friend. Pardon me for being UNIMPRESSED. Even your atheist boss has one of those. Tell me, how you’ve changed structures, how you’ve displaced yourself, how you’ve read (and read and read and read) historical and present day writings from people who look different from you for the sake of understanding. Tell me how you’ve used your life work to create opportunities for those who look different from you. Tell me, how you take your family to places where you are the minority despite how safe you feel or not. Tell me how you challenged your leadership team or worship team about racial equality no matter who got mad at you or left the team.

Tell me we can do better.

Tell me we can have infinite hope.

Grace is a non-profit manager/trainer, writer/blogger by night.  Contributing author to Talking Taboo.  Grace is working on a memoir about surviving her father, her brother, abuse, racism, Christians, boys, and poverty, while growing up in inner-city Detroit.  Grace blogs at GraceBiskie.com & tweets at @gracebiskie. 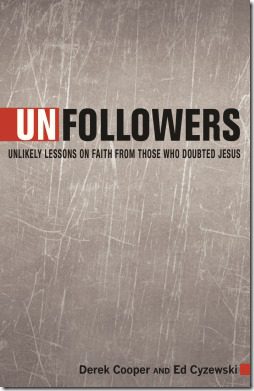