All Creation Redeemed and at Prayer

When preparing myself for prayer, and to awaken my sleeping awareness of being enveloped in the presence of God, I like to remember the words with which the great philosopher-theologian of the twentieth century Romano Guardini (1885–1968) defined the sacred prayer of the Church, the liturgy. The liturgy, he suggested in that immensely stimulating book, The Church and the Catholic, is “all creation redeemed and at prayer.”

We do not pray the daily liturgy one by one but together with all the Church on every continent of the world revolving in the sunlight and the dark, with all the planets, all the galaxies, with the sun and the moon and the stars. It is a big, big universe, a vast universe, a universe so far too vast to be fully grasped by human beings – but a universe fired by intelligence and regularities; and also by absurdities, strange patterns of contingency, and even chaos. 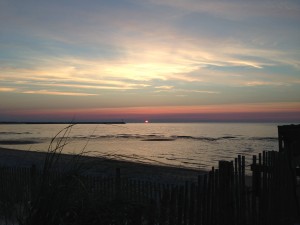 Even Plato was able to see in about 347 B.C., in the Laws (book 10), that God (the intelligence and power that fires and sustains the universe) wills the good of humans. And he argued passionately against atheism, which leads to relativism, chance, chaos, meaninglessness, and political darkness.

But Jewish and Christian eyes see more. They have much evidence to confirm what they see. First, the holiness of many ordinary lives (as we care for one another in pain, suffering, and the solitariness of dying, for example), and in many lives of extraordinary holiness and wisdom (such as Elijah, Job, and Mother Teresa, St. Damien the Leper, St. Maximilian Kolbe, and the incredibly brave scores of thousands dying each week these days under the threat, Renounce your faith or die!).

And second, the intense cultivation of beauty (the splendor of being) by peoples of faith wherever they go: Jews more often in music; Christians in painting, drawing, sculpture, and towering works of architecture. 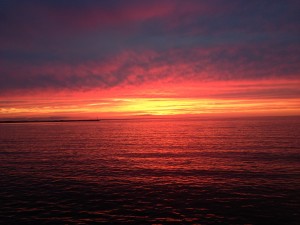 For myself, to bring to consciousness the vastness and the beauty of the Intelligence and Beauty (and Love) of the source of our uncharted universe, I like to imagine scenes of beauty and grandeur that have ravished me.

The photos here are beauties I like to recall. They are taken from the pier near the Lewes terminal of the Lewes-Cape May Ferry on the Delaware Bay. They come to my home day after day, as messages of far greater beauty.

When I bring these sights back again in memory, and contemplate them again in wordlessness and awe, I cherish them as sweet gifts from a Lover for whom I have been longing, a Lover who is often away, but never fails to send little messages of beauty and love.

After such moments, I feel swelling peace and intense gratitude. 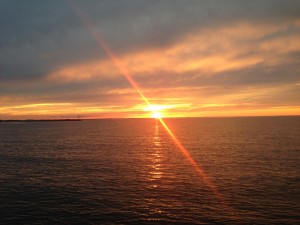 I feel so sorry for others who, observing such gifts of beauty, have no one to thank.

To attend Mass, to pray the psalms, especially with others, to open my heart to sacred readings – lectio divina – yes, indeed: That is all creation redeemed and at prayer.

“All creation gives glory to God.”

January 27, 2015
Abortion: The Intellectual Battle Has Been Won
Next Post

Extra Quotes from My Interview with...
On the Catholic Beat
Related posts from Coming down to Earth 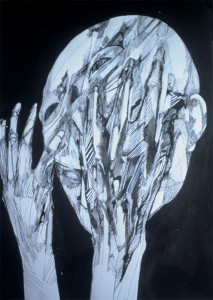 Catholic
The Dark Night of the Soul
Coming down to Earth