Knowledge, Expertise, and the Life-Changing Magic of Saying “I Don’t Know”

Hello, beautiful creatures. In a somewhat uncharacteristic move for this blog, I’d like to open with an domestic anecdote about the power of knowledge.

My partner and I were in conversation with our daughter, who recently transferred to middle school1, and she was describing a difficulty she’s having in her speech and debate club. The club is made up of students of varying grade levels and degrees of experience in speech and debate, and there’s a lot of terminology being used that she’s never encountered before. As a result, she’s finding every club meeting to be an anxiety-inducing ordeal in which she hangs out quietly and pretends to understand what’s going on around her, but isn’t actually enjoying anything or deriving any benefit from the activities. When we asked why she hasn’t asked the faculty advisor or her clubmates what these things all mean, she responded, in a tone approaching despair, “Because I don’t want to look like I don’t know anything!”

Newcomers to magical spirituality, or those who can remember being newcomers, may find this a familiar sentiment.

Western culture has a deeply ambivalent relationship with knowledge. On the one hand, we often deride it as irrelevant to “the real world” and dismiss people who have expertise in particular fields as “eggheads,” “know-it-alls,” and the ever-popular “nerds.” On the other hand, we valorize and fetishize knowledge, often to an extent which is frankly unhealthy. In my (admittedly biased) experience, it’s rare2 to see someone speak of another person’s expertise as an unalloyed positive, absent any cultural or emotional baggage. Indeed, I would suggest that it’s impossible to talk about knowledge at all without looking at the baggage which accompanies it.

One of those items of baggage is that knowledge is treated as a measure of power and status, which naturally leads to hierarchy and competition within fields focusing on particular types of knowledge. The concomitant expectation that anyone interested in a subject must Be An Expert in that subject is easily one of the most toxic examples of the power dynamics of fringe cultural movements, as “expertise” is usually defined by the person making the judgement in such a way as to assert their own social supremacy over the target of their judgement. This is readily apparent in the ways women are shamed as “fake geek girls” by paranoid, insecure man-children in various media fandoms. It’s also apparent—and, sadly, entirely common—in the ways that newcomers are “welcomed” into fringe cultural groups as “noobs,” “FNGs,” “babies,” and similar diminutive terms, firmly establishing their pecking order in the social hierarchy.

I hope this idea’s relation to communities and traditions of magical spirituality is apparent.

What I find most frustrating about this situation is that being a “newbie” can be one of the most magically transformative periods in a practitioner’s life. The exposure to new ideas, new kinds of knowledge, and new experiences to be found at the beginning of the path is formative and foundational. It can also be tremendously exciting, if it’s not tainted with the social pressures of Being Right and the expectation that the newbie has to rush towards Being An Expert, whether that’s called priesthood, adepthood, or merely initiation. There is, after all, a reason it’s called initiation: because it starts something in the life of the person who goes through it. The place of beginning is powerful, if we let it be, and can be preserved and revisited, even by “advanced practitioners.” Zen Buddhists call this shoshin, “beginner’s mind.” We would do well to remember the passion and excitement of learning, of not knowing it all… in fact, of not knowing anything at all. From there, we have the world at our fingertips, an array of treasures to find and mysteries to discover. If we know nothing, we can learn anything. This awareness and measureless potential of one’s not-knowing is expressed in what some philosophers uphold as the highest wisdom of which humans are capable, the Socratic paradox: ipse se nihil scire id unum sciat, “I know that I know nothing.”

Similarly, we can look to the four powers of the magus3: to Know, to Will, to Dare, and to Be Silent. The first step along the path of the magus, the beginning of the journey from ignorance to knowledge, may be the hardest step to take, or it may be effortless. It might be taken after long deliberation, or completely by accident… though is there any such thing on this path? The one thing we can say, without hesitation, is that we’ll never get there if we’re already convinced that we already know the answers to all the questions, or if we’re so busy trying to convince others that we have the answers that we never stop to ask the damn questions. In magic, as in the rest of life, we usually get what we pay for. If we’re more concerned with social capital than with gnosis, that’s what we’ll find. On the other hand, if we’re genuinely seeking gnosis, the most magical motto we can adopt is, simply, “I don’t know.”

To return to my domestic anecdote, my partner and I told our daughter all of this, albeit in a fashion suitable for her context. We talked about the excitement of being a beginner, the power of questions, and the magic of asking people for help. We talked about the most successful people we knew in our respective fields, and about their shared commonalities of the willingness to admit their own ignorance coupled with a curiosity about anything that pertained to the pursuit of knowledge and excellence. We talked with her about the fear of looking ignorant, and how it actually keeps us ignorant, and prevents us from claiming our own power. By the end of our conversation, she was ready to go back to school, own her newbie-ness, and ask questions. She was ready, in other words, to journey from ignorance to knowledge.

Until next time, dear ones, revel in your beginner’s mind, wherever you are on the path. ♥ 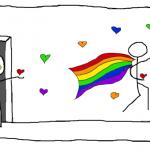 October 11, 2017
Coming Out and Staying In: A Rumination on National Coming Out Day
Next Post 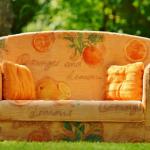 Witchcraft For Coping With COVID-19: Banish,...
Keeping Her Keys
Related posts from Outside the Charmed Circle 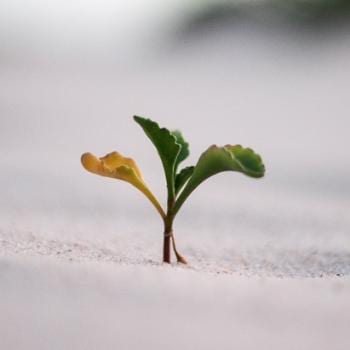 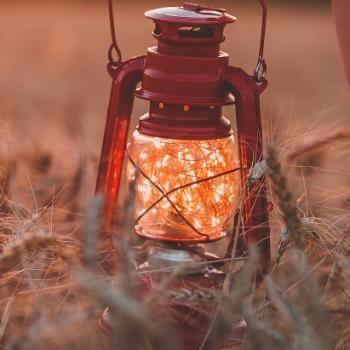 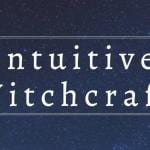 Living the Liminal: Staying the Magickal Course
When life throws crisis at us, it can turn our lives upside...

Simple Spells To Get Through This
Here are some simple spells to help get through this difficult time....
view all Pagan blogs
Copyright 2008-2020, Patheos. All rights reserved.